Do You Know Who You Are? 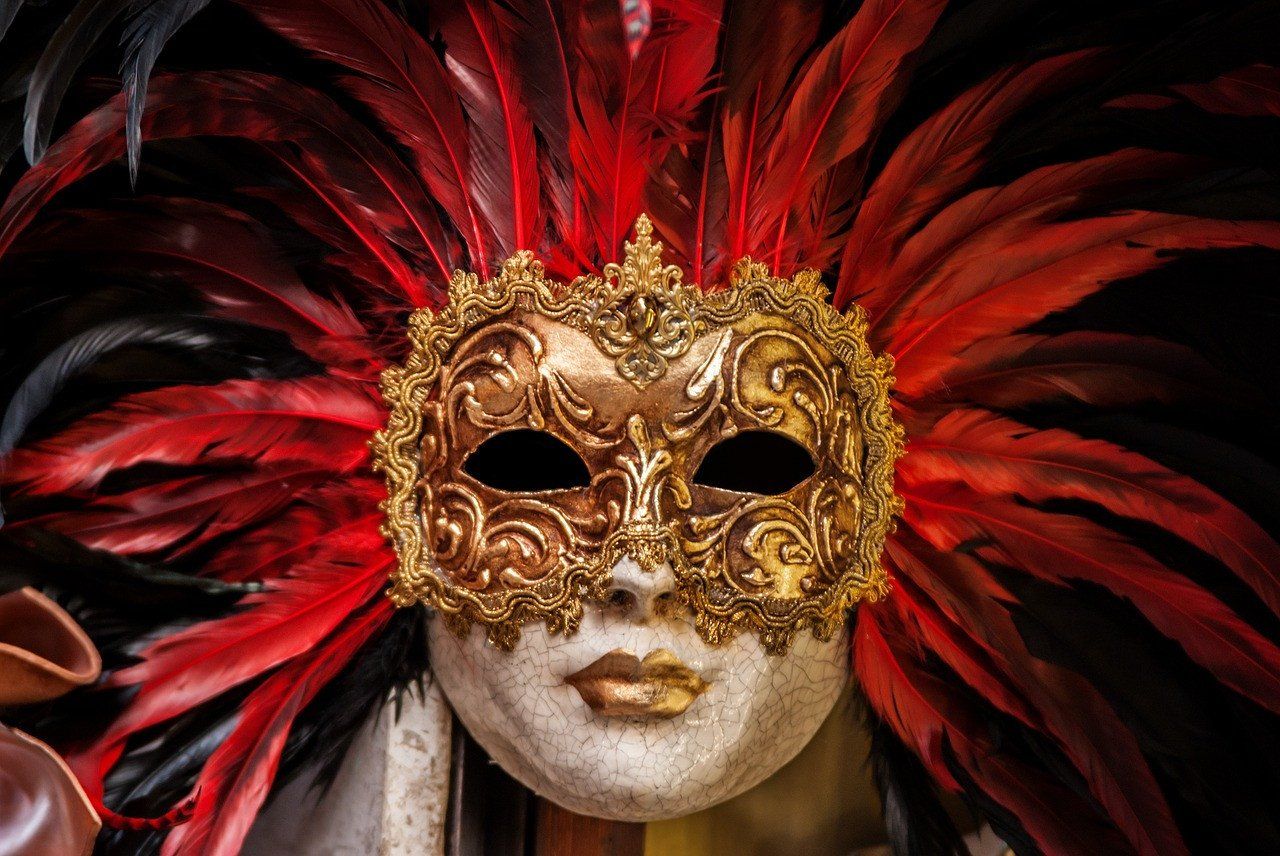 Are You Suffering from the CEO Disease?

Goleman, Boyatzis and McKee, in their book Primal Leadership, refer to “CEO disease” as “the information vacuum around a leader created when people withhold important (and sometimes unpleasant) information”. Unfortunately, we see numerous instances of “CEO disease” in Asian organisations. This happens when the CEO is in denial of the real state of the business and is not open to criticism or bad news.

“The day soldiers stop bringing you their problems is the day you have stopped leading them,” says Colin Powell. “They have either lost confidence that you can help them or concluded that you do not care”. No one welcomes bad news about themselves, but self-aware leaders not only accept feedback, they even seek it out. They do so because they want to keep learning and growing. Without awareness, there is no growth.

Ask almost any leader and they will readily agree that self-awareness is critical to success; yet many are not aware of their real strengths or areas of development. The deeper the self-awareness obtained, the greater the leader. Yet most leaders have no time for personal reflection. Why do people avoid exploration of the self?

Self-awareness is simply being conscious of your strengths while acknowledging what you still have yet to learn. This includes admitting when you don’t have the answer and owning up to mistakes, which can sometimes be painful. Whether you acknowledge your weaknesses or not, others will still see them.

Constant self-awareness is critical because your strengths, which may have got you to where you are now in the past, may become an issue area today. Years ago, we promoted a high performing individual contributor to a managerial role. He was great in details, executed well and had strong process skills. Once promoted, he had significant problems with his team.

His strength in process rigour and execution became his weakness as he micro-managed instead of empowering his team. Neither could his strength of individual execution be translated to the team environment. We all saw these weaknesses playing out but he just could not see why he was not succeeding. 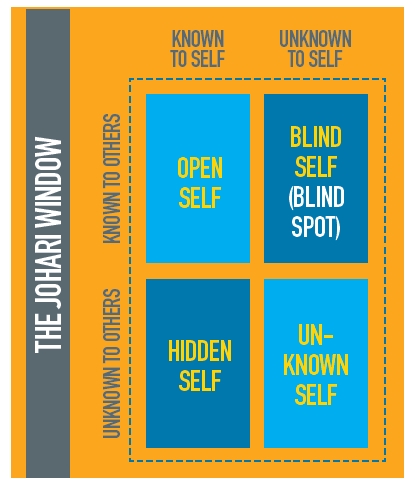 Self-awareness is extremely challenging as it is difficult to see in you what others see so easily. So how do we get started in this journey of self-awareness?

Recently, I was helping a senior leader gain more insights into his leadership. I explained the Johari Window, which has four major quadrants:

We all have blind spots and if we can learn what they are, we become better leaders. The Johari Window encourages us to enlarge our Open Self while shrinking our Blind and Unknown Self, enabling us to be in control of yourself. Not knowing your blind spots is the reason “CEO disease” continues to proliferate.

The best way to shrink your Blind Self is to get constant feedback and there are numerous tools including the 360 multi-rater assessments, Myer-Briggs Type Indicator, or even a Strength-finder assessment. It may take a lifetime to gain complete awareness of yourself, but it can be accelerated by honest feedback from others. Peter Drucker encourages all leaders to periodically re-examine expectations set versus actual results achieved.

To watch the “Be a Leader” episode on the CEO disease, click on video below:

Doug Baker was a rising star in his 30s at Ecolab and was promoted to run a subsidiary. As he was always successful, he became arrogant and self-centred. But his subordinates gave him some tough feedback and exposed his “blind self”. He explained, “it was as if someone flashed a mirror in front of me at my absolute worst.

What I saw was horrifying, but a great lesson. After that, I did a lot of soul-searching about what kind of leader I was going to be, talked to my team and asked for their help”. Baker’s self-awareness led to him becoming CEO of Ecolab nine years later.

Even business schools are looking for self-aware applicants. “Nothing can replace an individual’s self-awareness and ability to articulate how they fit,” says Wharton’s admissions director Rosemaria Martinelli. Pete Johnson, from Berkeley’s MBA admissions, says “it’s better for applicants to be self-aware than claim no weaknesses”. Yet, most business schools hardly teach MBAs how to take time out and find their true self.

Jeff Immelt, CEO of General Electric, says: “I needed to be a better listener coming out of the crisis… I should have done more to anticipate the radical changes that occurred”. Such an admission of self-awareness reveals he may finally be able to take GE forward. Just as being able to see your reflection in the mirror helps you to fix your hair, feedback on your behaviour helps you to be a better leader, improving your judgment. Many of us have large Johari Window blind spots and need to rectify them quickly.

I recently worked with a CEO whose aggressiveness made colleagues resent and distrust him. He did not truly understand these blind spots until he was forced to seek feedback on a regular basis. We are all going to struggle with negative feedback, but if we are unaware of how people view us, we will never be effective.

Being An Authentic Leader

Andrea Jung, CEO of Avon Products, took time reflecting and becoming aware of her strengths and purpose before she transformed Avon and its mission from selling cosmetics to the empowerment of women. Howard Schultz created Starbucks from a self-awareness moment early in his childhood where he vowed to fix a wrong suffered by his father.

A few weeks ago, I had the privilege of interviewing and spending time with Ram Charan, a business guru. Ram reinforced to me the importance of self-awareness and how that leads to being an authentic leader. Kevin Sharer, CEO of Amgen, worked with Jack Welch in the 80s and saw many Welch copycats. “Everyone wanted to be like Jack Welch, but leadership has many voices. You need to be who you are; not try to emulate somebody else”.

The reality, as Bill George puts it, “is that no one can be authentic by trying to be like someone else. There is no doubt that you can learn from the experiences of others, but there is no way you can be successful in trying to be like them. People trust you when you are genuine and authentic, not an imitation”. And you can only be an authentic leader by building your leadership from who you are – your distinct personality, traits and preferences make your leadership unique.

Focus on Strengths Not Weaknesses

In 1982, researchers videotaped two bowling teams playing several games. Members of each team then watched the recordings to improve. But the videos received were edited differently with one team receiving a recording of only their mistakes whilst the other team’s video highlighted only their good performances. After studying the videos, both teams improved their game, but the team which studied its successes improved its score twice as much as the one studying mistakes.

This research concludes that focusing on yourself, regardless of mistakes or strengths yields improvement, but zooming in on your strengths is significantly more beneficial. Rath and Conchie in Strengths Based Leadership, revealed the secret to being an effective leader: Knowing your strengths and leveraging them.

Every single business leader I have interviewed started their journey of leadership with the discipline of self-awareness. All of them focused on their strengths and built an authentic leadership style from who they were. You can do likewise.

So, take time off this weekend and start thinking about yourself and who you really are. Better still get some feedback. But be careful, you may actually start changing!

Below is a great video on why developing your character strengths is key to success and happiness. Enjoy below:

How To Engage And Understand Gen Y