Should a 4-Day Workweek Be the New Norm? 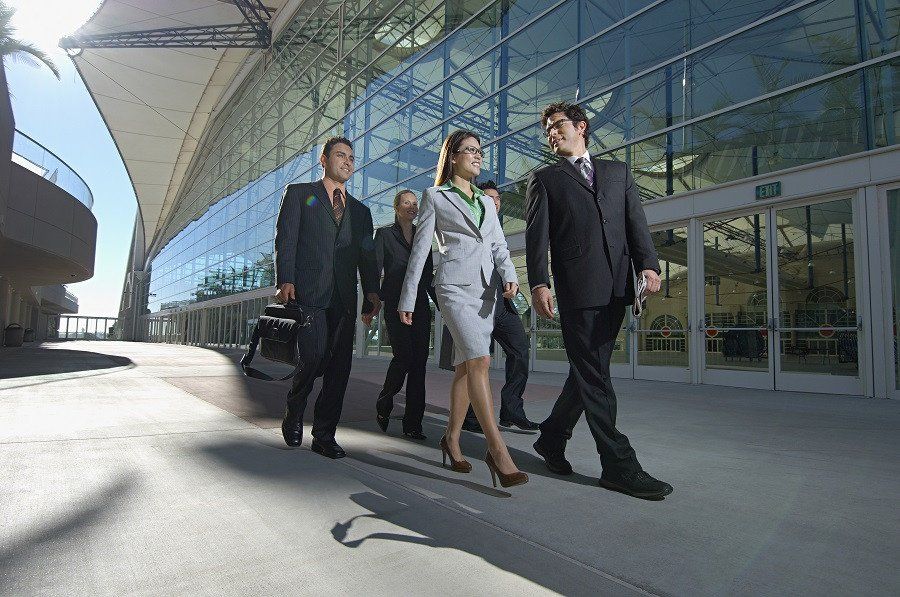 Is a 4-Day Workweek Feasible?

There has been a lot of praise lately surrounding Microsoft Japan’s 4-day workweek experiment conducted earlier this year in August. The 2,300-strong workforce clocked out on Thursday, enjoying longer weekends. Office meetings were limited to 30 minutes, and remote conferences were encouraged to help reduce wasted hours.

As a result of Microsoft Japan’s experiment, productivity increased by 40 per cent, and costs such as electricity (23.1 per cent) and paper printing (58.7 per cent) saw significant reductions. When asked for feedback, 92 per cent of employees said that the experience was positive – they liked the idea of a reduced working week. It’s not difficult to see why: on the surface, it looks like everyone’s a winner.

But is the 4-day workweek all that it’s been hailed to be? Can we say for sure that – after just 31 days – the benefits enjoyed by the company and its employees are sustainable in the long run? 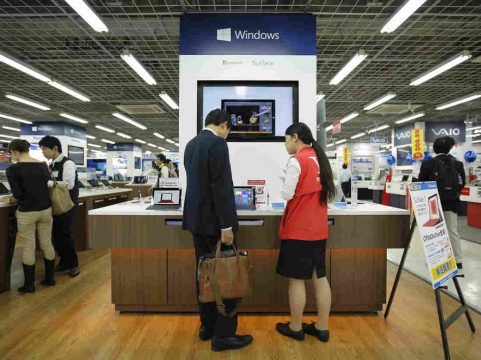 A sales person talking to a customer in front of Microsoft’s display at a Tokyo electronics store. Photo credit: Ota Kiyoshi/Bloomberg with Getty Images.

In 1930, the noted British economist John Maynard Keynes, predicted that the future would usher in the possibility of a 15-hour workweek due to advances in technology and the resulting increases in productivity. On the surface, it might seem that Keynes got it wrong. In Japan, here in Malaysia, and throughout the world, many people continue to work a 40-hour week – a contractual agreement that, in reality, is frequently exceeded.

But Keynes got it right. It is possible to work 15 hours per week and make a comfortable living – the advent of the internet alone has made that a reality today. However, Keynes was an economist, not a psychologist. He didn’t factor in variables such as cultural norms or people’s (general) preference to be guided rather than take control themselves, which can feel like too much responsibility for many.

For all the advances in business and talks of Industry 4.0 and beyond, the corporate world tends to function as it always has: wary of significant change, preferring to ‘do things as they’ve always been done’. To demonstrate the point, when the Industrial Revolution began in the mid-18th Century, the focus of factory owners was to maximise output by introducing a 16-hour day, six days per week.

The output of a factory’s production was contingent on the number of hours it ran, and therefore – from a business perspective at least – it made sense to squeeze manual labour as much as possible. Today, although we have (on paper) a shorter working week of 40 hours, business leaders still hold on to the outmoded notion that productivity in the office relies on time spent in the office.

You may be interested in: Micro-Productivity: How Leaders Can Make Small Changes to Create Huge Leaps in Performance

However, several studies have shown that, in the modern workplace, the average time an employee ‘wastes’ is between 94 minutes and three hours per day of work time (checking emails alone can use up between 1-2 hours through the day). When it comes to meetings, some research suggests that up to two workdays can be lost per week – the higher up the ladder you are, the more time is wasted on meetings.

One of arguments for the 4-day workweek is that it can help to reduce costs and raise productivity as people become more focused during the week and enjoy a longer period of rest at the weekend. That said, Microsoft Japan’s experiment was run over one month, and so it’s difficult to gauge sustainable benefits (and indeed drawbacks in the long-term) in such a short period.

On the surface, there appears to be several benefits to a 4-day workweek such as: time being used more efficiently as ‘real work’ regains central focus; increased wellbeing and satisfaction among employees; reduction in costs for both companies and employees; and increased levels of innovation and creativity from an energised workforce. 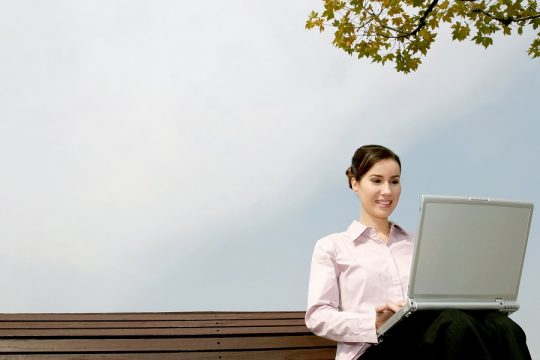 On the other hand, there are also considerable drawbacks to reducing the working week. These include: demands of the market (which might see workers required to work through their additional ‘free time’); a potential reduction in income for employees; possible reduction in productivity (increased focus isn’t guaranteed); and difficulty in adapting to a shorter week within a culture that is used to working five or six days in a week.

While a 4-day workweek looks like an attractive prospect, as with any experiment or research, it’s unwise to focus solely on the benefits. Limitations and challenges also need to be considered to help get an idea of whether a change in practice can work well over time. Leaders have long tussled with the challenge of improving employee’s engagement and wellbeing in line with company performance. A 4-day workweek is, arguably, a simplistic solution to a complex problem that requires a multi-faceted solution.

A more constructive approach might be to ask how company practices can maximise time efficiency and productivity. For example, at Leaderonomics, I have personally started limiting the number of meetings I attend and ensuring that everyone is totally focused during our meetings. By not allowing gadgets and laptops at meetings, we have started to see meetings length shrink significantly. With less meetings, we have more time for productive work to be completed.

Read also: How The Most Productive People Avoid Digital Distractions

Another great best practice is to have standing meetings. Many times, when someone comes to my office to sit and ‘talk’ we tend to end up wasting countless minutes not achieving much. Being in the comfort of a chair tends to drag conversation.

For the past few years, I have started standing meetings, making meetings faster and more efficient. Also, scheduling 30-minute meetings or 15-minute meetings vs the traditional hour long meetings helps. The same is achieved but at half the time or less. There are also many ways you can help employees to disconnect and recharge, rather than feeling like they’re constantly ‘on’ and available.

Technology should also be used to drive productivity not create less of it. Many gadgets we use today sap productivity and cause us to be less effective. Just being on Facebook for 5 minutes each hour causes us to lose focus and create significant distraction to us. Even having our whatsapp or email messages beep every time we get a message creates huge disruption to our ability to get things done. Find a way to keep these devices far from you.

Whichever way we look at Microsoft Japan’s experiment, it can only be a good thing to experiment to see how practices can be used to benefit companies and employees alike. With work-related stress on the rise, companies that proactively invest and look after the engagement and well-being of employees will surely benefit in the long run, regardless of whether the workweek runs over four days, five or more.

Watch this short video by Roshan below: 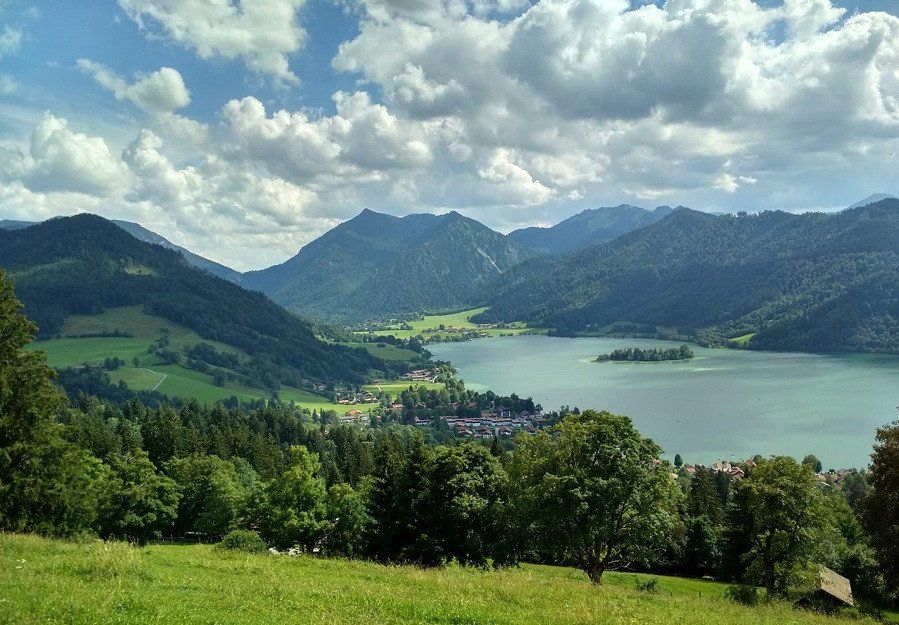 Hiking – Reflections That Will Take You to Greater Heights