Rising To The Challenge: Managing Setbacks 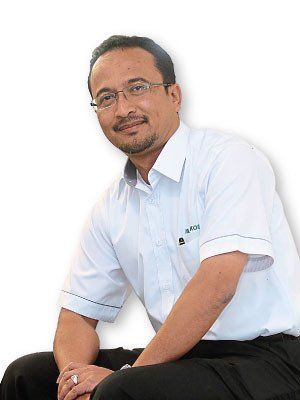 For Mohd Shokri Daud, “failure” is a negative word. He prefers to address obstacles in life as “setbacks”.

“I don’t like to use the word ‘failure’ because when you consider events as failures, you may view these events in a negative light,” he shares.

“I don’t recall having any failure in life, but I have faced many difficult situations, especially in my career and I learned great lessons from them.”

Mohd Shokri is senior vice-president of the asset management division for Malakoff Corp Bhd, managing all its power and water plants.

Growing up, the dynamic senior vice-president never imagined that his career would revolve around power plants. Nevertheless, he has always had a fascination with them.

“I recall visiting a power plant which was under construction when I was a student. I was very intrigued by the complexity and the technicalities. It was at that point that I decided that I wanted to be an engineer.”

After obtaining his degree in electrical engineering, Mohd Shokri was given the choice to work in a job in the heart of the city, or a power plant in a rural area. This ambitious man chose the power plant. He started as a control engineer in a Tenaga Nasional Bhd plant in 1992 and joined Malakoff in 1995 as a senior control engineer.

His passion for power plants grew and slowly, he took on the challenge of learning the different aspects of managing power plants. Mohd Shokri went from maintenance, operations, construction, commissioning, engineering and managing the plant to finally, vice-president in charge of managing a portfolio of power and water plants.

“During these years, I also worked on building new plants and acquired operating assets. I was based abroad for a while. When I came back in 2008, I took on the position of power plant manager. I hit that position before I turned 40 and for me, that was one of the biggest accomplishments in my career.”

For Mohd Shokri, life at Malakoff is always interesting as he is given the opportunity to gain both depth and width of knowledge and experience.

“Working together with them, I acquired many skills which they were happy to share with me and I helped them with the knowledge I had. It worked well both ways.

“I always accepted the challenges that came my way and put in my full effort when it came to taking on new roles and jobs. I believe that these traits have helped me learn new things quickly and made me even more versatile.”

According to Mohd Shokri, the biggest challenge he faced in his career was a few years ago. He was given the responsibility to take on an assignment which he had very little knowledge about, and one which was not within his expertise. He had to practically start from scratch.

He had to move from his core skill in maintenance and engineering, to operations which requires entirely different skills and managing different kinds of people.

“It was a stressful time for me but I was lucky as I had the support of my people. It was a huge challenge because it took me months of sleepless nights just to get a clear perspective of things,” he reminisces of the time he stepped in to take on his new role.

“After months of hard work, I learned how to speak the same language as my team and gained their respect.

“I also managed to acquire the required knowledge and skills to perform my duties. It was a challenging time, moving from one role that I was familiar with to another totally new and different one, but I managed to get through that.”

As a child and while growing up, Mohd Shokri always looked up to his older brother. His brother was a top student in school who secured himself a scholarship to study abroad.

“I always wanted to follow in his footsteps. I guess that feeling was what led me to doing well in school and furthering my studies in the United States,” he says.

“At work, my inspiration would be my former boss. What I like about him is his work ethics and eye for detail.

“He has a never-give-up attitude that drives him to find efficient ways to getting things done. These attributes inspire me, even till today.

“For all of you just starting your careers, you have nothing to lose. Make full use of all the opportunities given to you and gain as much knowledge and skills as you can,” he advises young recruits.

“I have always believed that there are no limits to our abilities, so we should push ourselves to the fullest in order to succeed.

“Back in 2002, if I had not taken on the challenge that my then boss had put in front of me to do something totally out of my expertise, I definitely would not be here today. That was the turning point in my career.”

Mohd Shokri shares that once you successful pass the first obstacle, you should emerge stronger and more capable of facing any other challenges thrown at you.

Meanwhile, he is also quick to voice out that when you have nothing to lose, it is alright to try new things and fail. If there are many things on the line, then it is best to weigh your risks before jumping into something.

Mohd Shokri says that failure is inevitable so everyone should be prepared to face it. “Managing a power plant is no easy feat and a lot of things can go wrong,” he says.

“I have experienced this and when it happens, you reflect on that incident and learn how to plan better, get more organised and do things much better. So, facing failure at work has helped me learn things,” he says.

“But I also feel that being successful showers you with lessons as well. When you are successful, you tend to look back at the factors that made you succeed, and you learn how to leverage those factors to move forward and achieve greater heights.”

5 Lessons learnt from my career

1. We will never know what we will face and the opportunities that are available if we do not explore beyond our comfort zone.

2. We may not know everything, and we must have an open mind and heart to learn from other people, no matter what level they may be at.

3. It is not about the failure, but how to get back on our feet and recover from it.

4. Failures and setbacks always give us options; suffer from it forever, or learn from it and move on to greater heights.

5. There’s no shortcut to success but to accelerate the process, we should learn from mistakes or failures of others. 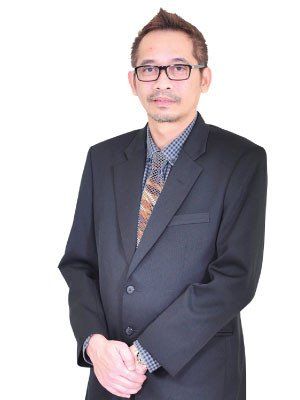