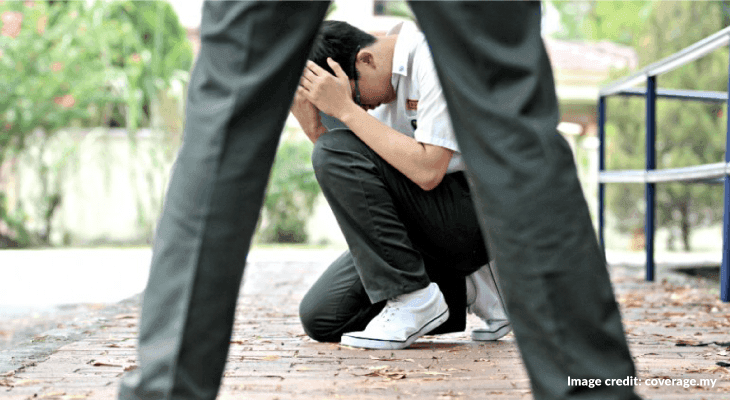 From heartbreaking headlines and devastating events in the news, it’s no secret that bullying has reached alarming proportions in Malaysia.

According to statistics from the Education Ministry, there have been about 3,448 bullying cases in 2016, an increase of over 600 incidences since 2014. A National Health and Morbidity Survey has also revealed that a whopping 84% of students in Malaysia had suffered some form of bullying in 2015.

In this article, we’re giving you all the information you need to know about bullying and how to handle it. 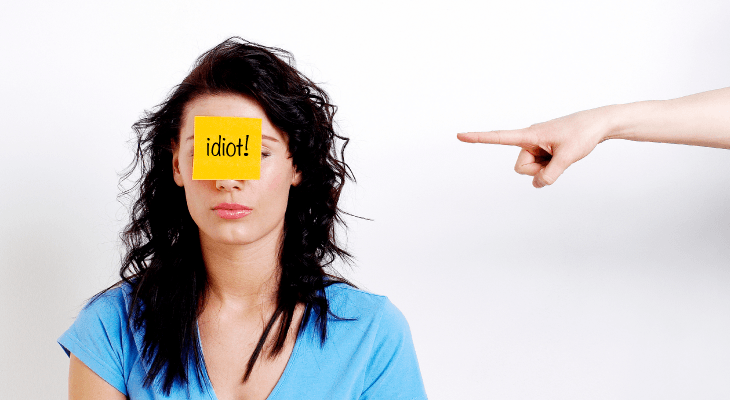 Bullying refers to repeated acts of unwanted aggression with the intention to cause harm to an innocent victim. This usually happens when the bully has authority over the victim, is physically stronger or possesses information that could jeopardise the victim. 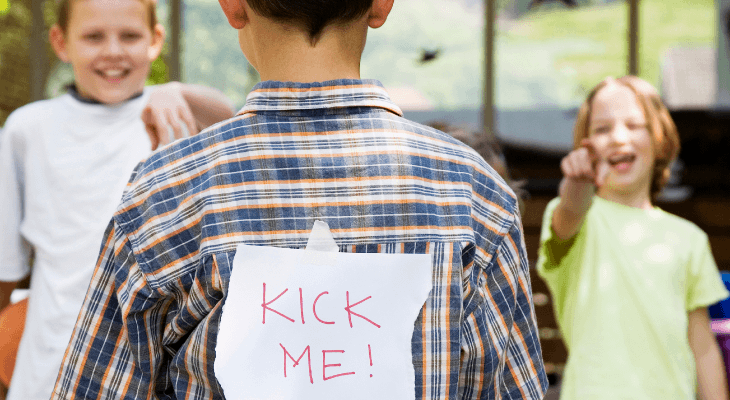 Is it merely playful teasing or actual bullying? If you’re not harmed physically, does it still amount to bullying? Here’s how you can identify the 4 common types of bullying, some of which are criminal offences in Malaysia.

Physical bullying includes hitting, kicking, tripping, pinching, pushing and even damaging property. It is one of the most obvious forms of bullying as its effects are easily noticeable and causes victims pain, permanent physical or mental disability and at times, it can even be fatal.

In fact, Malaysia has seen a troubling number of fatal physical bullying cases in the last two years such as the tragic death of 19-year old T. Nhaveen who died after being brutally beaten and sodomised by former school bullies, as well as navy cadet officer Zulfarhan Osman Zulkarnain who died at the hands of his university mates who tortured him over an allegedly stolen laptop.

Did You Know: Physical bullying is considered a crime in Malaysia. Bullies who use violence can be charged with voluntarily causing grievous hurt under S322 of the Penal Code. If the bullying results in the death of the victim, the perpetrators could also be charged with murder, which is punishable by death.

Social bullying is when someone does something to hurt a person’s reputation or relationships. This includes ignoring or leaving someone out on purpose, spreading rumours about them, convincing others not to befriend an individual, embarrassing a person in public or sharing negative information about someone to tarnish their image.

You may begin to recall the frequent petty fights you’ve had with your friends that involve one or all of these things. However, these actions are only considered bullying if they are repeatedly initiated by someone who has an advantage over the victim (size, authority, etc.) and not a one-off disagreement between two equals.

In its 2018 report on bullying in Malaysian schools, HAKAM stated that this form of bullying is common as there are many victims who are subjected to isolation and exclusion.

While its manifestations seem trivial, the effects of social bullying cause emotional pain and can be severe. According to psychologist Dr Goh Chee Leong, social bullying can “isolate children, leaving them feeling completely alienated, creating the potential for long-term effects that extend into adulthood”.

Reported to be one of the most common forms of bullying in Malaysia, verbal bullying involves the use of words to put people down. This includes subjecting victims to name-calling, insults and threats. Although the effects of verbal bullying are intangible, it can have lasting effects on the victim’s wellbeing as it can cause low self-esteem, depression and ultimately suicide.

You may now be realising that you’re guilty of teasing your friends once in a while, or you might have occasionally been the butt of an embarrassing joke. But when does some innocent needling between mates turn into verbal bullying?

While teasing is a playful method of annoying someone or even a display of affection between close friends, verbal bullying is aimed at alienating, criticising and embarrassing another person. Bullying is hostile rather than affectionate. It is also recurring, distresses the victim and occurs where there is a power imbalance between two or more people.

Cyberbullying includes sending, posting, or sharing negative, false, or mean content about someone through text, apps, on social media or any forum in which the public can view or participate in.

Some examples of this repugnant online behaviour include repeatedly sending hate-filled messages to the victim, impersonating a person on a social platform or stealing passwords and other personal information.

Cyberbullying is not yet a crime in Malaysia but sending threats online could be a criminal offence under the Communications & Multimedia Act 1998 or Section 503 of the Penal Code.

Not only can cyberbullying destroy a person’s reputation, it can also cause intense psychological and emotional distress that could manifest in episodes of self-harm and suicide. Take the death of 20-year-old Teh Wen Chun who is believed to have taken his life following persistent taunting by his university mates on a Facebook ‘confessions’ page.

This might interest you: How Are We Behaving In The Digital World?

What to do if you’re being bullied

If you’re a victim of bullying, remember that you’re not alone and that there are plenty of things you can do to stop the bullying.

In the heat of the moment, the best thing you can do is to walk away. If you’re able to, remove yourself from the situation, so there’s no risk of anyone getting hurt.

Try to muster up the courage to tell the bully to stop, make a joke to weaken the effect of the bullying or ignore them. Bullies are insecure individuals who try to illicit reactions from their victims in order to make themselves feel powerful. If their mean behaviour doesn’t have an effect on you, there’s a greater chance they’ll get bored and leave you alone.

This might interest you: How Bullying Shouldn’t Take Control Of Your Life

If you’re being bullied, it’s imperative that you speak to your parents, a teacher, school counsellor or any adult you trust so that they can help you and prevent unwanted situations from occurring.

You may be too afraid to speak up about what’s happening at school because you feel that they won’t believe you or that they may overreact. But try. Let them know if you think you can handle it on your own or if you need them to get involved. And if they don’t believe you, keep telling people until someone can help you stop the bullying. Never give up.

Whether it’s a series of particularly nasty tweets, malicious Facebook comments or threatening WhatsApp messages, it’s imperative that you keep a record of the bullying in case it becomes necessary to take action.

Pro Tip: If you or someone you know is being subjected to online abuse, make a report at one of these helplines.

Bullying can have severe consequences on a person’s mental health. If you begin to notice that you or a friend could be slipping into a bad place due to bullying, it’s important that you enlist professional help so you can cope with your emotions.

Bullying should never be seen as a means to ‘toughen someone up’. It’s a dangerous ploy by insecure individuals to exercise power over people who are perceived as weaker than them.

If you notice an act of bullying, help end this vicious cycle of abuse by reporting it. If you are a victim of bullying, remember that you are not alone and that your situation can be helped as long as you reach out.

This article was originally published on EduAdvisor.my, an informative platform dedicated to helping students. To find out more about Leaderonomics’ leadership initiatives for youth or how you can partner with us to further develop your community, email us at youth@leaderonomics.com. 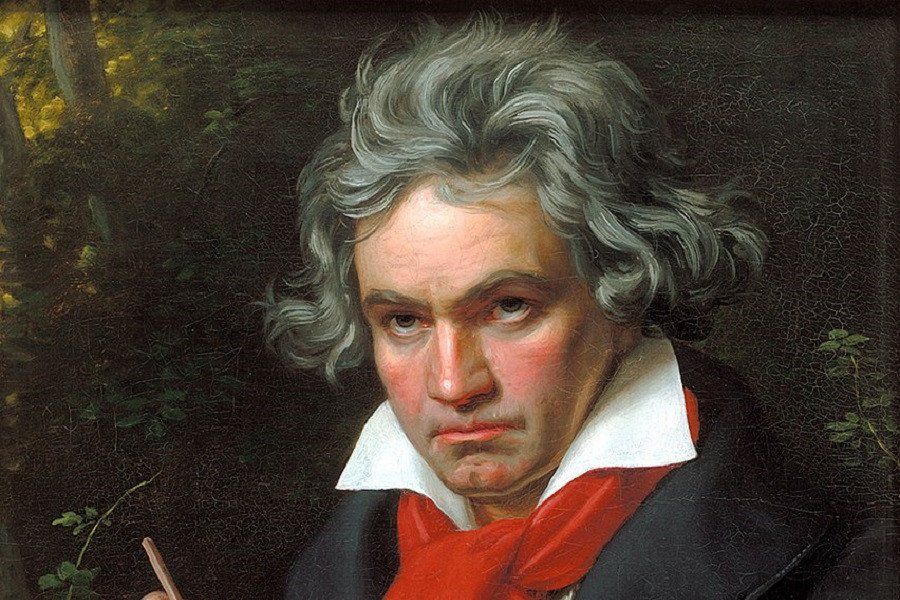 Lessons From the Lives of Acclaimed Musicians