The Power Of Self-Leadership 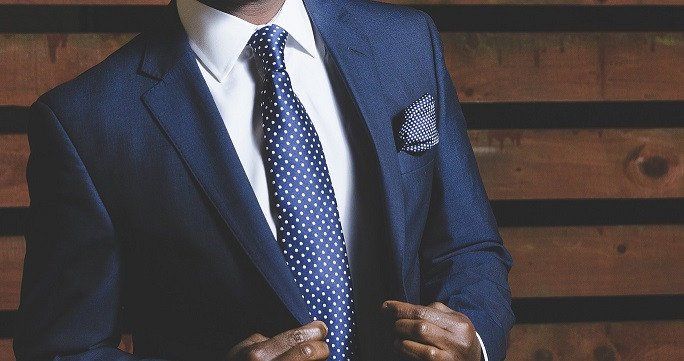 Learning how your private world determines your public success

Success is greatly valued in the corporate world. For organisations, success would mean hitting the bottom line, meeting shareholders’ expectations and achieving their organisation’s vision.
Corporate leaders will often spare no effort to achieve these goals. On one hand, success is sweet and welcomed. It brings with it personal satisfaction, financial rewards and meaningful purpose.
On the other hand, in the lust of achieving success, there can be downsides. Leaders can end up working too hard and working too late. This may lead to organisational culture and relationship breakdowns, and may even resort to unethical ways in business dealings.
All this is done in the name of achieving organisational success. So, does the end justify the means? Hopefully you will say no.

A leader’s job is to lead their organisation. But good leadership that leads to meaningful success can only be achieved when the leader first learns to lead himself.

The logic is simple: If you can’t lead yourself, you can’t lead others. The leader’s private world will often determine their public success. However, leading oneself begins with self-awareness.

I used to be an American Idol fan. My favourite part of this reality television show is at the beginning of the season. This is where the auditions are held. It’s fun to watch!

If you have followed the show, you know how this pans out for some contestants. You see this guy who “tries” to sing. Once he finishes, the judges deliver their verdict that he fails to move to the next round.
What happens next? He storms out of the audition room and the cameraman follows him. He is obviously upset. He fights back. He accuses the judges of not appreciating his unique talent and being prejudiced against him.
But wait. You and I who are watching the television know this guy cannot sing. The judges who are professionals know this guy cannot sing.
However, the only person who does not know that he cannot sing is himself! He has absolutely no sense of self-awareness with regard to his ability (of rather inability) to sing.
I’m afraid many corporate leaders are in the same boat. In their drive to achieve success, they have very little self-awareness as to how they are actually leading themselves and others. They are often blind-sided by the immediate and lose sight of what really matters.
However, a leader’s self-awareness can only happen when there is self-reflection. There are many areas that a leader should reflect on, but let me focus on three major reflection points.

Reflection point no. 1: A leader’s motivation

What motivates a leader’s drive for success? I wish I could say that all leaders have pure motives to deliver sustainable corporate goals, help their employees develop and progress in their careers and ensure that their organisation makes a positive impact in the society.
Unfortunately, far too often we see leaders that are self-serving and egocentric instead. They often mask their selfish motives behind strategic insights and claim they see the big picture.
In the process, positive organisational culture is eroded, unnecessary restructuring takes place, trust and loyalty are broken and good people leave the company.
In return, the leader’s short-term goals are met. He gets his big fat bonus. He looks good in front of his bosses. He positions himself as the turnaround expert. His curriculum vitae is perfect for the next big job.
However, he leaves behind structural chaos, distasteful culture and unsustainable business strategies. Leaders motivated by money, power and ego often make decisions for self-gain. On the other hand, true great leaders have pure motives and build with a clear conscience.

Reflection point no. 2: A leader’s family

I like the way John Maxwell defines success. He says,

“Success means having those closest to me love and respect me the most.”

I agree.
For all of us, those closest to us would be our spouses, our children, our parents and siblings. It is going to be disappointing for many leaders to have worked so hard to climb the ladder of success to find out that at the end of the climb, the ladder was leaning on the wrong wall.
I once spoke to a group of leaders from a multinational company about the importance of work-life balance. In that session, I touched on issues relating to family.
At the end of the session, the most senior person in the room approached me privately to thank me for the talk. With teary eyes, he told me he wished that he had heard me talk about the importance of family relationships 30 years ago.
He then related to me on how he had worked so hard building corporate success over the years that he neglected his relationship with his two daughters. Today, both his daughters have their own families and are living abroad. He and his wife meet them once every year or two.
What saddens him most is not the geographical distance between him and his daughters but the relational and emotional distance he experiences with them. Good leaders always focuses on what really matters – their families.

Read more: How Leaders Can Cultivate Patience in an Impatient World

Reflection point no. 3: A leader’s health

Leaders can push themselves and if they are not careful, they do it at the expense of their physical well-being.
The simple truth is if we lose our health, we can lose the strength and energy to fulfill our dreams. It is also not uncommon to hear about corporate leaders dropping dead due to stress at work.
Consider Ranjan Das, the chief executive officer of SAP India, who died of a heart attack in 2009 at the young age of 42.
Those who knew him said he was an unlikely candidate for a heart attack. He was an avid marathon runner, was known to exercise regularly and was very careful with his eating habits.
In fact, Ranjan died shortly after a work-out session. Being in the pink of health, no one expected him to die the way he did.
What was revealed later was that Ranjan slept an average of only four to five hours a day. He consistently had extremely packed schedules and lived a constantly stressed lifestyle.
The truth is, no amount of exercise and healthy diet can be a remedy for a constantly stressed lifestyle. Leaders can never be stress-free but they can certainly manage their stress levels by intentionally controlling what they allow to be occupying them.

Good leaders lead their organisations well. Better leaders lead themselves well first. Once they get their heart and motivations right, they will see their public success flourish.
So, to every leader out there, take time to reflect. Self-reflection will lead to self-awareness and in return lead to self-correction and ultimately to self-transformation.

Hey! Why not check out this media powered by Leaderonomics about ...:

Do you desire to accelerate your growth? Look no further. Necole is a state of the art learning platform that curates personalised learning just for you. To find out more about Necole, click here or email info@leaderonomics.com

Raise Your Game: The Psychology Of Winning

Eric Lau
Eric Lau is part of Leaderonomics' extensive faculty and is a strategic leader with a relentless belief in people. His personal mission is to inspire and influence others to rise up to their full potential and calling. Eric is a leadership consultant and trainer and regularly leads training sessions in the areas of leadership, management and personal development.