Through the Lense: Capturing Diversity 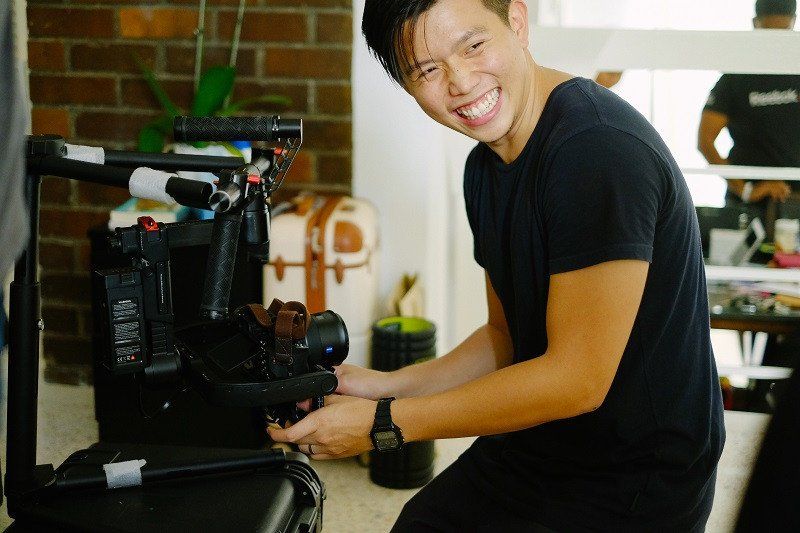 To live is the rarest thing of all. Most people exist, that is all. – Oscar Wilde

We have come a long way from our grandparents’ days.

Back then, only important people who were able to afford it, would dress up in a suit before boarding a flight, and upon arriving home would be known as the person who had “seen” the world.

Enter any airport today and you might find a teenager wearing pyjamas scrolling through Instagram with “Wanderlust” tattooed on the wrist as he gets ready for the 20th flight in his life. While travelling around the world is great, Adrian Yap has a different point of view on life.

“I had always wanted to go to New York, you know. I thought that if I went there, I would have made it in life. I wondered why I felt that way and I noticed that it was because people talk about New York often. . .but I realised that Kuala Lumpur is a great place too,” he says.

Having completed a degree in engineering, Adrian discovered that his passion stemmed from his ability to capture and remember moments in people’s lives through his camera.

From shooting images of music bands and concerts to weddings and corporate events, he reached a point where he felt that there had to be more to what he was doing.

There was this one year where I looked back at all the work I’d done and I realised that everything I did was short-lived. What did I gain from it other than money? I wanted to do something that truly mattered. I wanted a bigger purpose.

Is there really more to life?

Listening to people’s stories and their passion resonated with him which sparked the idea of merging both his love for the camera and storytelling. This birthed his project – Passion Portraits – a group of individuals who share about Malaysians and their stories.

“I believe we can create a culture where we start talking about the stories of people around us. Why do we want to travel and leave Malaysia? Why does it seem like we do not enjoy it? Of course there are many things that need to be fixed.

“There are many times where I do doubt what I do. Why would I want to go through so much hardship just to build something from scratch, you know? But what drives me is knowing that I have a bigger purpose than to just produce another video.”

Adrian hopes to inspire people to see that if others can do it, so can they and that their work can carry a bigger purpose as well.

“There are many passionate people around me who have influenced me to be where I am today – that is the privilege I have. But not everyone has the same kind of access to people who are passionate. What I can do is to share this with them.”

What do you do on days where you lose all sense of motivation and creative flow?

“On days when my creative juice runs low. . .which is pretty much a lot of the time,” he laughs, “I realign and remind myself of the original purpose I am anchored on. There are times when I need to just take a break and give myself some breathing space. It is learning to balance that.”

Going against the flow

“Growing up, I observed people who go through the motions but every now and then, you will find someone who will say, “Let’s open a café” or “Let’s start a piano teaching class” and those are the people who remind me that there is so much more that you can do with your abilities.
“The difference lies in the people who actually do something.”

Snap that thought, according to Adrian

1. Look for something that you really like to do and can do every day even though it’s not the most comfortable place you want to be at.

Everyone has something that they can do day in and day out without getting tired of doing. You’ll find that there is a reason why you are wired that way.

2. Be willing to fail a lot of times but fail early.

Life still carries on. So in that way, I realised my failure is not so bad that I can’t bear. Of course, be smart about it. Don’t say if failure is okay then I’ll go injure myself.

“Of course I need to think about making this sustainable, but the point is that there is so much to celebrate around us. And if we don’t start talking about it, no one will.

The closest circle that people have is you. As a creative person, you have the tool in your hand and the decision is yours. So my last word to people out there is to look around you, there is a story to be told and it starts with you.”

Adrian sees the world through different lenses—figuratively and literally. He is the founder of Passion Portraits. For more A Day In The Life articles, click here.