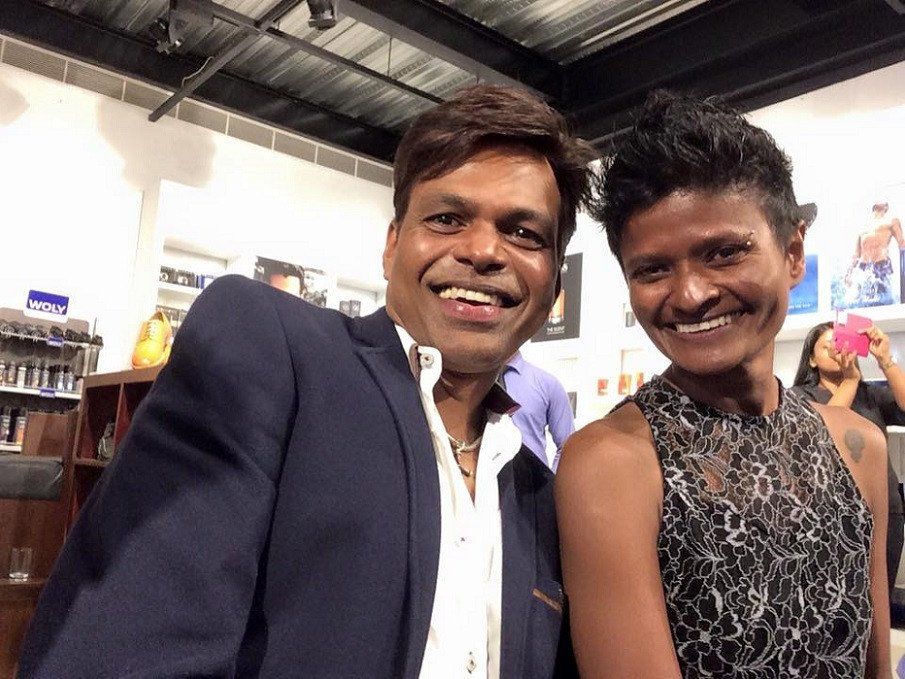 Once you have travelled, the voyage never ends but is played out over and over again in the quietest corners. The mind can never break off from the journey.

I recently travelled to Sri Lanka and sat next to Johann Pieiris, the first Sri Lankan who almost made it to Mount Everest in May this year. Coincidentally, both of us had missed our flight from Kuala Lumpur the previous day. 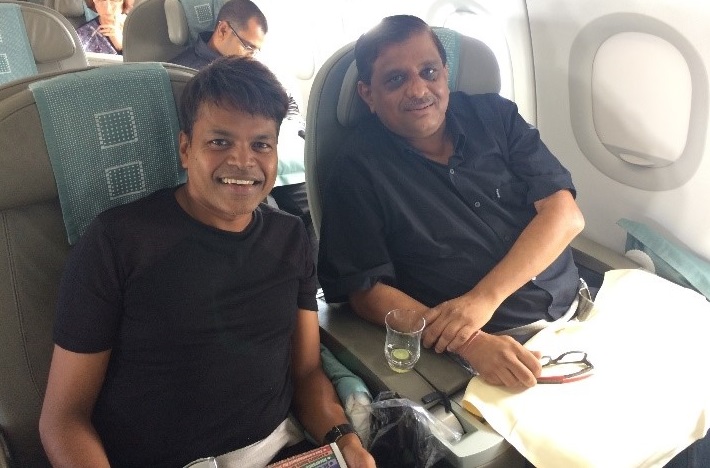 Johann with the writer in the same flight.

Johann is a prominent hair stylist/designer. He happened to mention to his client that it was his childhood dream to climb Mount Everest. His client then introduced him to Jayanthi Kuru Utumpala, a gender activist, who shared a similar dream.

Johann and Jayanthi met in 2011 and over five years, planned and trained together. Collectively, they gained mountaineering experience by climbing several peaks.

In 2011, they scaled Island Peak in the Himalaya, and in 2014 they climbed Mount Kilimanjaro in Tanzania. They went rock climbing at every opportunity. This included the Spanish Pyrenees and Argentinian Andes. They also climbed mountains in South Africa, Thailand and the United Kingdom.

It had been three years since anyone made it to the summit of the world’s tallest mountain due to the 2013 earthquake and avalanche that claimed 18 lives. This year, Johann and Jayanthi were fortunate to be chosen to climb Mount Everest. In May, Jayanthi climbed up 8,848m to stand on top of the world.

It wasn’t an easy climb. In earlier rotations, Jayanthi was slow on one of her climbs. Her guides cautioned her that unless she was up to speed by a certain timing, she would not be allowed to attempt the summit.

Anxious to avoid failure on summit day, she made a marathon effort to get to the peak, as if her life depended on it. She took almost no breaks and pushed herself to reach the top at 5:03 am on May 21. She surprised everyone with her great feat, including herself.

Johann told me that in this particular year, there was a lot of traffic on the mountain and it was important that all the climbers adhered to the timing.

Unfortunately, a few climbers were slow and it resulted in Johann running out of oxygen. Just 300m short from the summit, he was told by his Sherpa guide that he would have to turn around.

At that moment, Johann thought of his loved ones, his clients, his sponsors and how people would remember him (for his near win).

From where he stood then, stuck behind the line of slow climbers, and running short on oxygen, Johann could see the lights at the summit. He had no choice but to turn back. It was one of the hardest things he ever had to do. It was so near, yet it was still far from his reach.

Jayanthi, his mountaineering partner, shed tears when she found out that Johann couldn’t make it, as it had been their dream to reach the summit together. 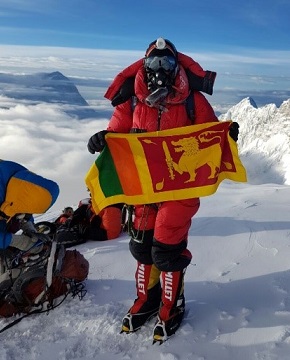 While Jayanthi was slow, she made it to the peak with the support of her teammates. Johann, in spite of being physically stronger, didn’t make it to the summit due to circumstances that were beyond his control.

Even though Johann didn’t reach the peak, he received a hero’s welcome on his safe return home to Sri Lanka. People still celebrated his efforts for braving himself to climb Mount Everest, despite his unsuccessful attempt to the top.

“It has made me stronger,” Johann said. “Mentally and spiritually, I feel completely changed. I can still say that I’ve stood on one of the highest places in the world.”

The climb has also changed Jayanthi personally. Although she was not the strongest or the fastest in the group, her unexpected feat in conquering Mount Everest through sheer willpower has renewed her strength and commitment to furthering the cause of women in society.

“It is not the mountain that we conquer but ourselves.” – Sir Edmund Hillary

I had a chance to share Johann’s and Jayanthi’s story at the Unilever Annual Sales Conference in Pakistan. My key message was that both effort and success need to be rewarded and acknowledged accordingly.

In the real corporate world, the environment we’re in plays a significant role in ensuring sustainable success as a team. If you want to win as a team, your team needs to move at the same pace as you. Essentially, we are only as strong as our weakest links.

Likewise, our less stronger members in the team can be challenged to go beyond how they see themselves to fulfil their greatest potentials when they have the right support from others in the team.

My question to you: Are you ready to conquer your own Mount Everest?

To share your thoughts on this story, write to editor@leaderonomics.com. For more Thought Of The Week articles, click here. To experience challenging and inspiring fast-paced Mount Everest climb through Silega Expedition™ business simulation, email us at training@leaderonomics.com for more information. 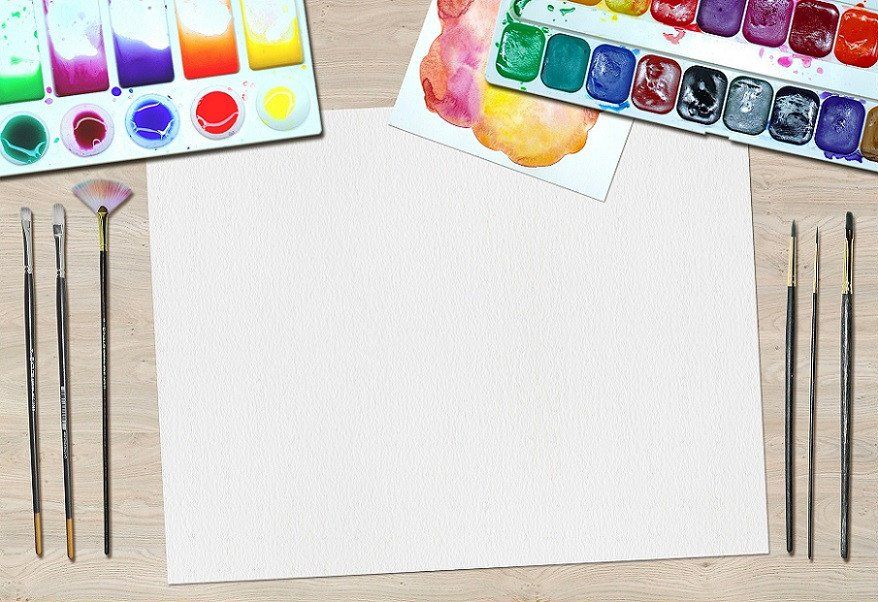 Bharat Avalani
Bharat is a faculty of Leaderonomics who specialises in creating brand experiences through storytelling. He is a veteran FMCG marketer and a memory collector too. He helps executive teams put stories to work by helping leaders find and tell business stories to engage, influence and inspire people.