Learning About What Truly DRIVEs People 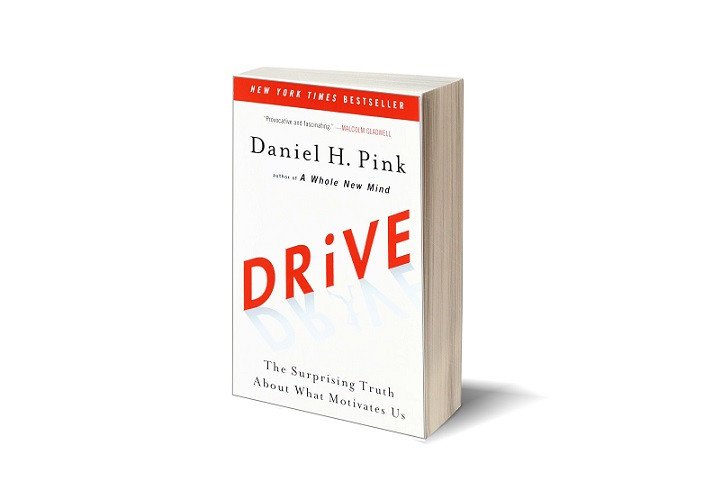 I have always been interested in the workings of the mind and the interesting changes that can be applied from research into the working world.

When I came across Daniel H. Pink’s Drive: The Surprising Truth About What Motivates Us, I was intrigued by the concept that motivation is not what we perceive it to be.

The “carrot and stick” method (i.e. the best way to motivate ourselves and others is with external rewards like money) does not work anymore (albeit it does in a specific set of situations) and motivation of your workforce are just different from what one thinks they should be.

Motivation, to me, was something that I needed greatly in my life, because I jumped from project to project after losing interest in the previous ones. The reason, I soon figured out, was what the book’s main point was all about and of which I’ll discuss shortly.

According to Pink, research in current times show that the change from “algorithmic” (a set of established rules used to get towards a fixed, predictable goal) to “heuristic” (creative problem-solving that has no set algorithm) approach means that Motivation 2.0 does not work anymore except in a small subset of situations.

Where the old software does work (somewhat)

All is not lost for Motivation 2.0 though, as Pink touches on circumstances where it does work.

When a particular task is routine and involves a more algorithmic approach, giving rewards can actually help boost productivity because routine tasks often do not have factors that are motivating. Thus, dangling a carrot in such instances work wonders.

As always, this comes with conditions for them to achieve a higher rate of success:
• Let your workers know why this is necessary.
• Acknowledge that the task is inherently boring.
• Allow them to do the task however they want, as long as they get to the goal.

In regards to this, Pink also acknowledges the “now that” rewards, given to intrinsically motivated goals, can be good.

However, if you do it too often, people may begin to expect them and feel a sense of entitlement as well.

Type I vs Type X

In the long run, those who lean towards Type I are the ones that would get ahead further in life.

Type I’s are generally seen to be healthier, more motivated and are a renewable resource because self-motivation towards a higher purpose does not require an extrinsic motivator.

The three elements of a type I person

Autonomy is something that offers the exact opposite of what micromanagement does—employees are free to do what they want, when they want, as long as they get things done.

That is extremely important in ensuring productivity yet still giving employees the freedom to work on their own terms.

Pink talks about the ever-famous “20% time” made popular by Google but pioneered by 3M’s William L. McKnight (he called it “experimental doodling”).

If that does not ring a bell, it’s the company responsible for the ubiquitous Post-it note, which, unsurprisingly, came into fruition through autonomous freedom.

Autonomy, at the heart of it, believes that people doing things in their own time means that they want to be accountable for it because of the freedom that they possess.

Mihaly Csikszentmihalyi, founder and co-director of the Quality of Life Research Centre, discovered the meaning of “flow.” It is a state in which people are completely lost in an activity, when they are in a pure state of concentration and passion.

Mastery, in a sense, is attained when one reaches the state of flow. One is completely absorbed into work so much so that one heads forth towards mastery because of it.

In the working environment, flow is, as Pink says, can be brought about by “Goldilocks tasks” i.e. tasks that are neither too hard nor too easy.

The other one is applying the Sawyer Effect, something that turns work into play, by allowing even those stuck in the most mundane of tasks to find mastery by going beyond their job scope in their own time.

Purpose is the final of the triumvirate and having that higher purpose can help to spur autonomous and mastery-seeking people to greater heights.

By seeking a higher sense of purpose, one would be more inclined towards going forward in an environment that is conducive for work. Motivation 3.0 people say, “we,” and 2.0s say “they.” See the difference?

Not only that, Pink suggests that companies should allocate some budget towards causes pertinent to their employees to improve their well-being.

Think of it this way, it is not how much they spend but rather how they spend.

My father came up with this wonderful example: If you were to lose RM50 versus giving away RM50 to a charity—essentially they have the same outcome—you are RM50 poorer, but which situation will you feel better about?

Motivation is not all it seems, and the old way of motivation has mainly slid into ineffectiveness because the current workforce is motivated by higher factors.

Despite this, there are still people who are more Type X driven, the ones who are driven by extrinsic motivators. According to a peer-reviewed article by Christopher Niemiec, Richard Ryan and Edward Deci, studies have shown higher rates of health issues with people who practise these.

Even if you cannot change right away, taking small steps will help you go towards your purpose and into better mastery and autonomy of the art of motivation.

The final section of the book includes a Type I toolkit for self-practise.

Sara’s mind was “blown” when she read this book and it has changed the way she sees how motivation works though she still needs a shot of tea (no, not coffee) every morning in order to fully wake up—everything else is good. You can reach her at editor@leaderonomics.com. For more Learning from Books articles, click here. 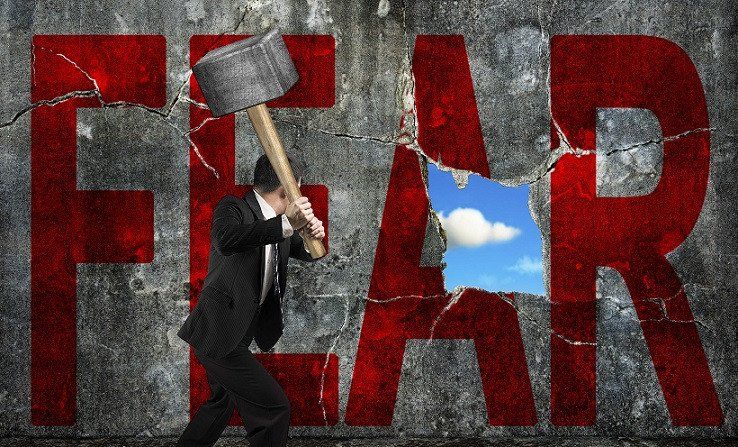 7 Ways To Think Differently About Fear