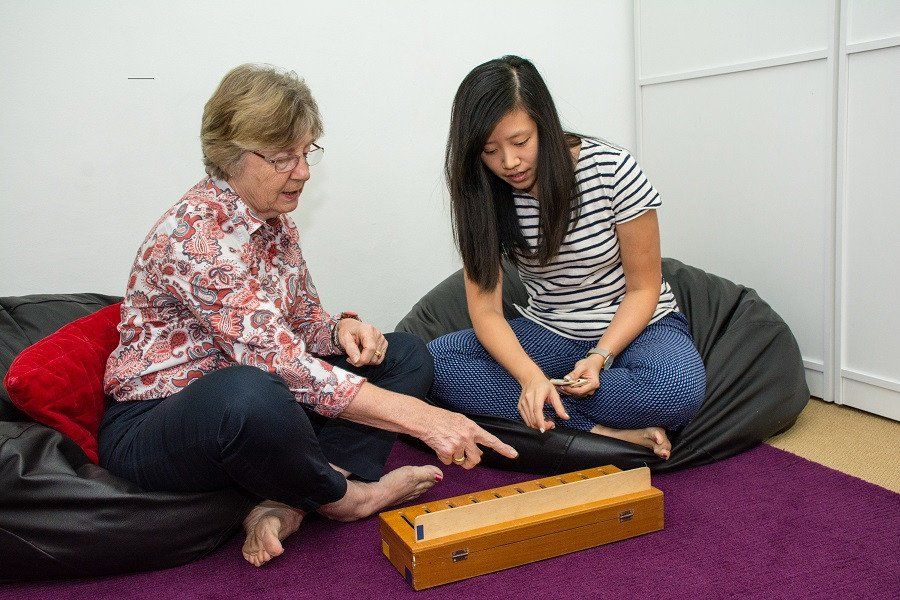 “When I was little and people showed me a photograph of my sister and said ‘your sister is third from the left,’ I would mentally put myself into the picture and count ‘One, two, three’ from the left. . . I always got it wrong and I wouldn’t say a word to anybody.”

This is how Hilary Craig recounts her experience of failing at what some of us may consider a simple comprehension exercise. As a result, she deduced that she was just less capable than her peers, which is not the case in reality.

In an interview with Leaderonomics, Craig, a specialist educator and founder of a private practice in Malaysia, said she wasn’t born with any particular disability but emphasised that each child has a different learning style. The anecdote above that she shared is merely a glimpse into how a ‘different learner’ (the term she prefers for students with learning disabilities) may think, and how and why they might get things wrong in school.

Her venture into business

Having raised a son who was diagnosed with severe dyslexia and having observed, firsthand, numerous children falling through the cracks during her time as a teacher, Craig was motivated to do something sustainable that caters to the needs of different learners.

And so Hils (Happiness is Learning Success) Learning was birthed in 2004 with the goal of helping these children, their parents, educators, and organisations by customising learning strategies according to the child’s learning style.

Craig admits that starting a business in Malaysia as a foreigner was not an easy task, one reason being her unfamiliarity with Bahasa Malaysia, which meant she couldn’t read the legal documents herself. Fortunately, she had a Malay friend who helped her.

Another obstacle she faced was dealing with bureaucracy. Craig had no formal business knowledge nor leadership grooming. With passion and a clear mission to help different learners as her fuel, however, she picked up and mastered the knowledge and skills she needed along the way, and grew the business into what it is today. 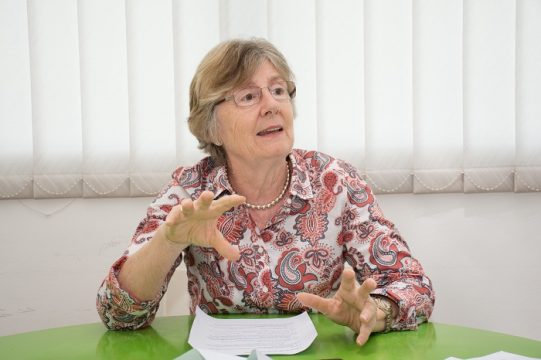 A little about her

While the now 71-year-old is no longer working full-time, she is still actively involved in her business. A typical work day for the soft-spoken educator begins with participating in morning assemblies with the children, followed by meetings with parents who need advice or intend to send their child to the centre, and sitting in on sessions between a teacher and their student, and offering her input.

Originally from Ireland, Craig often goes back to Australia ̶ which she considers her home ̶ mostly because her three children and five grandchildren currently reside there.

Throughout the course of her adult life, Craig has travelled to and lived in Canada, Saudi Arabia and Holland due to the requirements of her husband’s job as an airport planner. This was also what brought her to Malaysia.

This might interest you: A Leader’s Need For Humility

All her life, Craig never saw herself as particularly good at any one thing, which is something I found surprising, coming from someone as successful as herself. In fact, she humbly conveyed during the interview that she was never a star student in school; she was “just a B-minus” student.

But then she went on to attain two bachelor’s degrees in arts and education, a master’s in education, specialist qualifications, and accreditations in several areas. She now has 28 years of experience in schools and colleges (excluding her time at Hils) and 15 years of private practice. To top it off, she is internationally recognised as an “innovative educator, therapist and a dynamic workshop presenter” and I’ve heard that she’s a great boss too!

An experience that built a lasting impact

While her son Philip was the main driving factor for Craig to start her private practice, what really influenced her to run this practice for a living was her experience working in a community college. There, she worked with a group comprised of mainstream adult students and several prison inmates who were about to be released on parole from the local penitentiary in Canada.

Coming from a sheltered background, Craig had preconceived ideas about the all-male group of inmates. Upon meeting them and listening to their stories however, she realised that, almost without exception, each inmate was once a child who could not read due to some form of learning disability.

She says, “That had a huge impact on me as a human being. That predisposed me to want to help kids to make sure they stayed safe.”

While we can’t help change the universe, Craig believes in helping one individual at a time, and that is what she and her staff do with each child that comes in to their office. 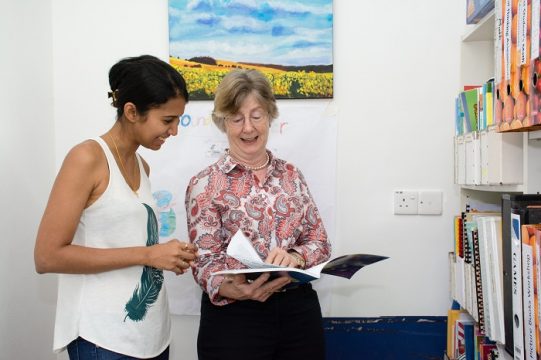 Craig going through one of the children’s books with her staff, Christine Shelton.

What it takes to be in this profession

As with any profession, there are tough stakeholders to deal with. In this case, they can come in the form of difficult parents. Craig observes that parents are emotionally tied up with their children and often the emotions they express are out of sheer frustration and a loss as to how to help their children.

Aside from that, one needs to be flexible, compassionate, people-oriented, open-minded, passionate, and have the ability to see things from another party’s point of view.

In an interview on BFM with Freda Liu, Craig said, “It takes commitment because it’s not easy work. You have to have a great deal of patience. You have to be committed to the families of each individual child.”

Last but not least, and something which Craig considers compulsory is having a sense of humour. She says, “If you can bring laughter in, you bring learning in.”

“I get great satisfaction out of working with parents and helping them to understand why their child is the way he or she is, and helping to solve their problems,” Craig says.

She adds that nothing beats helping these children develop themselves, because helping them equates to helping the entire family, and it’s a lovely sense of accomplishment and satisfaction which you may not get in every job.

My interview with this wise and delightful educator made me realise that we are often shaped by the unpredictable experiences we go through in life. In her case, if it weren’t for her son’s condition or her experiences with the students and jail inmates who were falling through the cracks, she wouldn’t have been so passionate about special needs education, and she wouldn’t be where she is today.

Craig also further cemented for me the fact that anything is possible if you combine passion and hard work, with a clear vision of what you aim to accomplish.

So, yes, she is a living proof that age, academic grades, nationality, and ability (or disability) is not a limit. The only limiting factor to your success is you. 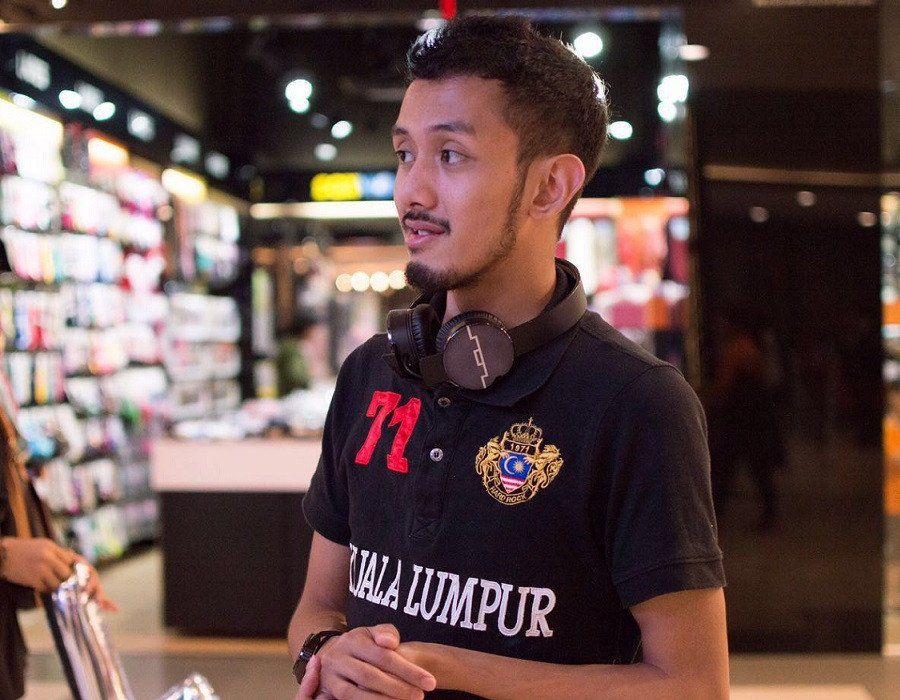 #NALS2017: Up Close And Personal With Thaqif Abdul Rashid