Why Leaders Should Have Observation And Worldview Skills

Last weekend, while delivering an action-learning programme, I showed a video of two teams playing basketball. When I asked the class to count the number of passes being made by the teams, they all got the right answer. But no one spotted this big gorilla that walked into the court and danced for a good portion of the game.

These past few decades, we have witnessed numerous companies at the top of their industry get dispatched by unknowns from nowhere. Motorola, the ruler of cellular telephone, missed the shift to digital and was displaced by Nokia, a Finnish company producing snow tires and rubber boots a decade before they conquered cellular wireless. IBM, kings of the computing age, completely missed the PC revolution and was overtaken by Microsoft, Dell and a host of small start-ups.

At the same time, innovative companies were replaced by others that just copied. Xerox invented the photocopiers but Canon took it to a whole new level with the colour copier. Ford and GM had automobile leadership for years till the Japanese copycats came in with their high value economic cars and wiped them out. Why do all these companies get dethroned?

In recent times, the richest economy in the 16th century was Spain but within 150 years it became one of the poorest in Europe. Spain became more and more internally focused, moving from an open to a closed economy. A civil war, combined with its close-door policy, cost Spain its position of power. Like Spain, many organisations similarly fall. Companies that close itself to the world and focus internally may miss the boat when change occurs. Just as Motorola missed the jump to digital, and IBM missed the PC revolution, organisations that stop looking outside, lose their way.

It’s the same in our personal lives. We are so busy in our work, our kids, our schedules and meetings, that we sometimes miss important changes that are taking place around us. I recall a friend’s mother working as a secretary in the 1970s who was a great on the typewriter. But when computers made their debut in the 80s, she was made redundant and replaced by a savvier computer user. Companies face the same dilemma. When they are so busy with their internal operations and processes, they lose sight of the world and are soon replaced by new companies.

Just think of the products and services you use today. How many of these products are from companies that existed 15 years ago? We fly on AirAsia, buy furniture from IKEA, buy our computers from Dell, drink coffee at Starbucks, search for information via Google and we get leadership training from Leaderonomics!

Having a company byline that includes “established 1850” is almost a liability today. Reputation counts for nothing anymore. Shell has a home base in the UK and has a reputation as a producer of high-quality petrol. Yet, in its UK home market, the biggest petrol retailer is Tesco, a supermarket.

So, how do these companies lose their leadership positions?

One reason may be “social proof”, a theory developed by psychologist Robert Cialdini. The larger a crowd of people at the scene of an accident, the more likely no one will help the victims. If everyone is passive, everyone thinks that there is no emergency. Cialdini theory claims:

If a lot of people are doing the same thing, they must know something we don’t.

Companies foolishly adopt this “follow-the-leader” attitude. Wang Laboratories, which established itself as a major computer force in the 80s, decided to follow industry leader IBM and forewent the PC market. Today it does not exist.

Another reason, asserts Charan and Useem, is that “a number of studies show that people are less likely to make optimal decisions after prolonged periods of success. Enron, Lucent, WorldCom – all had reached the mountaintop before they ran into trouble. Someone should have told them that most mountaineering accidents happen on the way down.”

The seeds of failure are usually sown at the heights of greatness.

Once a company becomes an industry leader, defensive thinking seeps in and no one challenges the status quo. Many become insular and inward-looking. And miss changes taking place, becoming irrelevant to their customers.

Great leaders are always forward-looking and not basking in past glories or caught up in internal issues. Bill Gates constantly says “Microsoft is always two years away from failure.” Gates understands the need to be engaged with the world, its trends and market changes.

Intel is a great example of a company reinventing itself. Andrew Grove writes in Only the Paranoid Survive about how Intel faced competition from South Korea and Japan, which turned memory chips into cheap commodities. Intel quickly decided to exit the memory business entirely and become a maker of microprocessors. Grove came to this insight when he looked outside Intel and asked himself, “If I got kicked out and the board brought in a new CEO, what would the new CEO do?” The answer was clear: Focus on our strengths – high tech, and get rid of memory chips.

There were many internal Intel issues but Grove knew if he continued to play the same game, he would soon be another fallen giant. He observed that high-tech microprocessors had a premium and he had a stable of scientists which he could deploy into that space. His worldview enabled Intel to remain a giant, albeit in a different product line.

Jim Collins, author of Good to Great, writes: “The key sign – the litmus test – is whether you begin to explain away the brutal facts rather than to confront the brutal facts head-on.” By forcing himself to see from the outside, Grove recognised the brutal facts facing him and made the necessary change.

So what lessons can we draw from these stories? 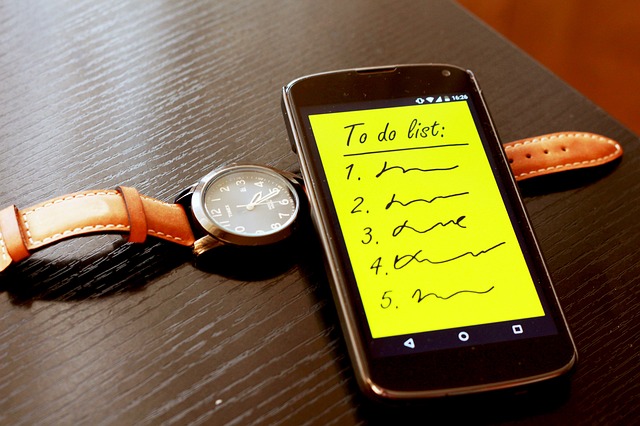 Firstly, change happens all the time. That is not anything to be paranoid about. What we need to be vigilant about is to always be observing what is happening from the outside in. And it’s not just about in your industry but changes everywhere. Book retailers never quite understood how Amazon.com suddenly appeared and wiped them out as no one tracked the Internet revolution.

Secondly, we need to be wary when we start becoming so internally focused and consumed by tasks and to-do lists. Great leaders learn to reflect and take time off to notice the “dancing gorillas” that walk into their lives.

Finally, watch out when you become defensive and reactionary. This is the starting point of your fall from the mountaintop. Great leaders that stay at the top for long periods are usually ones who have humbled themselves to believe that learning and growth never end.

Back to my gorilla video – whether you are a leader or an individual contributor, take some time to be still and mindful of the changes that are taking place. There are many big gorillas walking into your industry and workplace and if you are too busy “counting passes” inside your organisation, the gorilla may just consume you and make you an irrelevant dinosaur.

To watch a video from the “Be a Leader” series on Spot the Gorilla, click video below:

Roshan Thiran is the CEO of Leaderonomics – a social enterprise working to transform lives through leadership development and nurturing potential. Connect with Roshan on Twitter and on Facebook for more insights into business, personal development, and leadership.

Tags: Be A Leader, Worldview