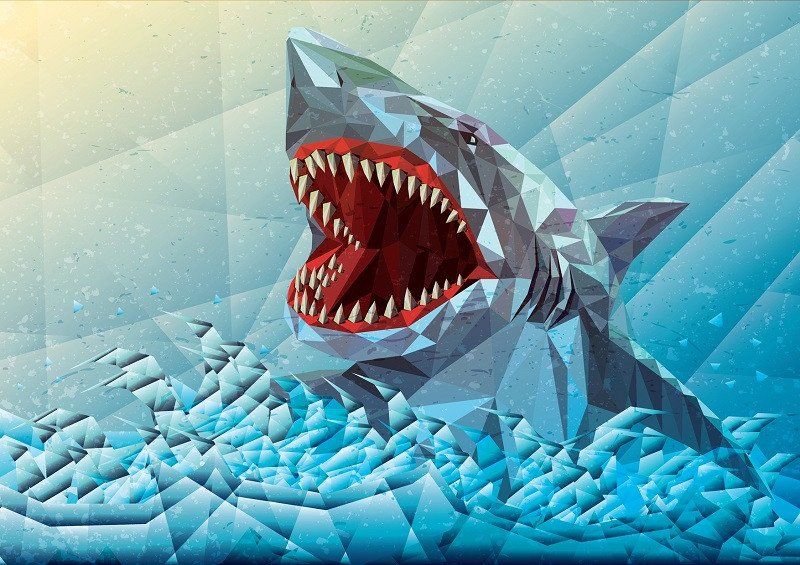 If a great white shark were to stop swimming, it would die due to a lack of oxygen. If it wants to survive and thrive, it has to keep moving.

There’s a lesson here for leaders who feel like they’ve “made it” once they’ve reached a senior level position: reinvent and adapt, or risk fading away into the abyss of mediocrity. It never pays to stand still – you have to keep moving forward.

Think of the many great leaders over the last century or so. Chances are, they weren’t great inventors, and they probably didn’t discover anything new. Most likely, such leaders will have inspired great innovations or brought about great change – and none of that can come from leaders who rest in their comfort zone.

Indeed, what’s hot today is soon forgotten tomorrow. The fortunes of IBM are testament to this inalienable truth. In the 1980s, IBM was the computer company. But its successful business model soon became its Achilles heel when other companies started to copy the IBM model and began undercutting the computer giant.

IBM had to adapt or die, and so the company shifted its focus from selling home computers to providing IT expertise and services to businesses – a move which saw the company shift from being on the brink of collapse to being recognised as the No. 1 seller of service solutions by 2013. Had IBM stubbornly stuck to its guns, it would have joined the ranks of fallen giants.

There are numerous similar examples of industry leaders who turned their fortunes around by looking for a gap and putting all their efforts into providing for whatever needs they find within the market. The ability to move with the times is far more valuable than having a talent to invent new ideas from scratch.

As the example of Steve Jobs shows us, it’s the innovators who tend to make the most headway, not the inventors, which is probably why more people have heard of Steve Jobs than Tim Berners-Lee.

Effective leaders are not those who seek to reinvent the wheel – they just find ways of making a better wheel.

Those who are able to reinvent themselves can enjoy repeated success, regardless of their area – just look at Madonna, the Queen of reinvention, who has enthralled music fans throughout a career spanning over three decades.

Similarly, business leaders who keep themselves fresh, such as Richard Branson, are those who can adapt to new environments and demands and changes over time. The most successful leaders are relentless in terms of challenging their stiffest competition – themselves.

Success can bring a feeling of security and the best leaders recognise this feeling for what it is: an illusion.

How do leaders go about reinventing themselves in such creative ways, and how can others follow their example in adapting to the changes they will inevitably encounter along the way? Here are five steps for leaders to consider in the process of reinvention:

1. Learn to spot your weaknesses – and address them

Most leaders will be able to score some success just by virtue of their natural strengths and talents. However, this tends to last for a finite period. On the flipside of strengths are weaknesses that need to be addressed if leaders wish to be adaptable and effective.

Addressing weaknesses is part of being emotionally intelligent – a concept that describes our ability to be aware of our conduct and impact on others, and our willingness to develop positive behaviours to the benefit of all concerned.

2. Become a leader of leaders

As your business or project grows, it becomes increasingly difficult to handle everything on your own, no matter how talented you are. An important part of reinventing yourself as a leader is to realise that you’ll need help along the way, and if you can develop other leaders to help you over the long haul, it makes your job a lot easier in the long run – especially if you can attract people who are smarter than you are.

It can be too easy to get caught up in your own hype, to the point where your personal worries, insecurities and struggles get suppressed.

With no-one offering criticism and every idea “the best one yet, boss” it’s critical to take regular time to reflect honestly on any personal issues and shortcomings, keeping in mind that you’re not Superhuman and can’t solve every problem immediately. This allows for a healthy sense of perspective, which helps enormously in keeping you grounded.

Warren Buffett is in his mid-80s and worth over US$60bil, and he still reads for a few hours every day in order to keep himself in the know about what’s going on. The best leaders are those who see themselves as lifelong students – they’re always looking to learn.

Today’s knowledge and skills will be tomorrow’s “old way of doing things.” You have to keep yourself sharp. Read often and widely, consider new skills that will be useful to learn, attend conferences, converse with people ahead of you. Investing in your learning is vital if you want to maintain your edge.

As a leader, you’ll probably have made changes from what went on before you arrived on the scene. While it’s easy to make changes to other people’s ideas, it’s not so easy changing your own way of doing things.

If you ever find yourself saying things like, “But this is how we did it five years ago and it worked fine then,” it’s time to re-evaluate where you’re at.

Times change at a rapid pace – what worked six months ago might now be irrelevant, what more of five years ago. Seasons change, and you have to change with them or suffer the consequences.

Sandy is a freelance writer who enjoys watching the reinvention process unfold, especially within the realm of media and communications. To connect with Sandy, follow him @RealSClarke on Twitter. For more Be A Leader articles, click here.

Raise Your Game: Are You A Good Motivator To Your Team?