The Search for Leadership and Empathy in Times of Crisis 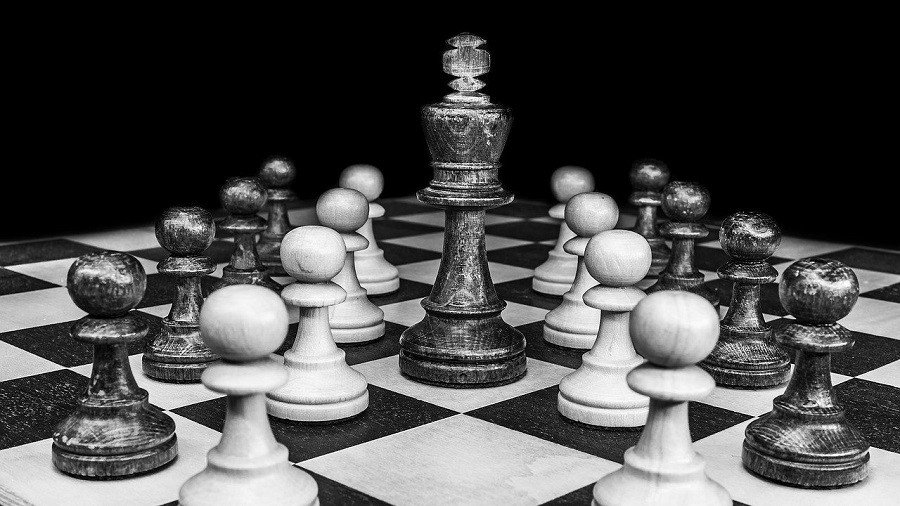 Throughout history, world leaders have inspired great change through emotionally-charged rhetoric, empowering and mobilising whole nations to overcome great struggles. From Abraham Lincoln’s galvanising Gettysburg Address in 1863, to Eleanor Roosevelt’s 1948 address to the UN and Martin Luther King’s famous “I Have A Dream” speech in 1963, great leaders have brought people together during the most testing times.

In any crisis, leaders must act swiftly, with compassion and empathy. Overcoming a challenge might take time (the Civil Rights Act of 1964 came after a decade of struggle), but at the heart of any test is a leader’s ability to be strong and stable, understanding and decisive in action.

In December 2019, the new coronavirus, COVID-19, emerged from China’s Hubei province and at the time of writing, close to 2 million people have been infected. As state leaders across the 205 affected countries have reacted to the outbreak at various speed and intensity, this article will look at how three leaders have responded to the coronavirus pandemic and some lessons we can learn from them.

All leaders make mistakes, including myself, at some point in time, so this piece is not to criticise but to learn and grow from our mistakes.

The Leader of the Free World

In the following weeks after the outbreak started, American health officials warned President Donald Trump of the threat of the virus, which has (as of April 4th) infected 305,934 and seen a death rate of 8,306 (source: worldometers.info). Currently, the U.S. holds the unenviable position of being the country with the most recorded cases of COVID-19.

A sizeable factor in America’s situation has been Trump’s leadership, or lack thereof. In early February, the American president was quoted as saying, “We pretty much shut it down coming in from China. It’s going to be OK.” Later that month, he said, “We’re going very substantially down, not up.” He also attempted to blame his Democrat opponents, declaring that they were ‘fearmongering’ and that the virus was their ‘new hoax’. 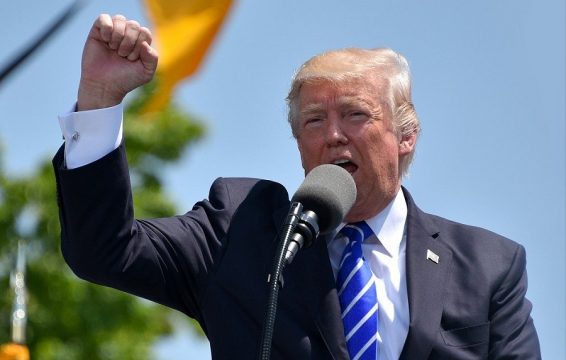 By mid-March – after a national emergency was declared – Trump had changed his tune, saying, “I’ve always known this is a real, this is a pandemic.” In an article for The Atlantic, Ed Wong spelt out the consequence of directionless leadership that lacks empathy:

‘Rudderless, blindsided, lethargic, and uncoordinated, America has mishandled the COVID-19 crisis to a substantially worse degree than what every health expert I’ve spoken with had feared.’

“Much worse,” said Ron Klain, who coordinated the U.S. response to the West African Ebola outbreak in 2014. “Beyond any expectations we had,” said Lauren Sauer, who works on disaster preparedness at Johns Hopkins Medicine. “As an American, I’m horrified,” said Seth Berkley, who heads Gavi, the Vaccine Alliance.

In true Trump fashion, as America spirals further into chaos in dealing with the pandemic, he has tried to shift the blame for his leadership crisis onto China, the Democrats, and even frontline health staff, who he implied were hoarding ventilators and appeared to suggest face masks were being stolen.

A similar saga played out in Malaysia in the early days. As the crisis broke out in the middle of February, instead of working together and uniting behind fighting the virus, opposition politicians, together with a remnant of the ruling government, decided to overthrow the government of the day, and form their own government.

Read: Responsible Leadership in a Time of Crisis

Facing the coronavirus outbreak, Donald Trump seems well and truly out of his depth. The straight-talking reality TV star has found that, in a global crisis, all the talking in the world isn’t nearly enough. The same became the case of the newly appointed Malaysian Prime Minister.

Real leadership was needed to put a proper plan of action in place in all countries but in times of crisis many leaders fall drastically short of the mark.

At a time when people are scared and in need of reassurance, Trump has also been found sorely lacking in empathy. Commenting on projections that 2.2 million Americans could have died had the country continued to dither in its response, Trump said, “…if we could hold that down, as we’re saying, to 100,000 – it’s a horrible number, maybe even less, but to 100,000, so we have between 100 [thousand] and 200,000 – we altogether have done a very good job.”

The President’s attempt at reassuring his fellow Americans is to say that between 100,000-200,000 coronavirus deaths will mean his administration has done ‘a very good job’.

The Leader of that Small Dot

In stark contrast to Trump’s leadership, Singapore’s Prime Minister Lee Hsien Loong has shown swift leadership since the outbreak and has demonstrated solidarity with his fellow Singaporeans.

Outlining decisive new measures in a statement on April 3rd, he said, “Singaporeans have responded well, calmly and responsibly, and made adjustments in their daily lives. By working together, we have kept the outbreak under control.”

Commenting on the need for continued social distancing, Lee acknowledged the difficulty for people to stay apart from each other, adding:

“It is in our nature to want to socialise, to be close to those we are talking to, to take comfort in the warmth and company of friends and family. I fully understand this. But I hope you will also understand why we all have to take social distancing extremely seriously in this period… So please bear with the painful adjustments that we have to make. Each and every one of us can, and must do our part, to keep everyone in Singapore safe from COVID-19.”

Lee Hsien Loong is a leader who knows the power of empathy in leadership. Not only does it provide reassurance that he understands their pain as they come to terms with unfamiliar and sudden adjustments, but the people of Singapore are clear on exactly what their government is doing, and why it’s to everyone’s benefit that these measures are taken.

Singapore, as of April 4th, has recorded 1,189 cases and six death related to the coronavirus. This has led Prime Minister Lee to take stricter measures, saying, “We have decided that instead of tightening incrementally over the next few weeks, we should make a decisive move now, to pre-empt escalating infections.”

Clearly, the Singaporean Government is taking full responsibility for their people’s safety and has made this clear to citizens through empathy and action as they work fast to contain the coronavirus. 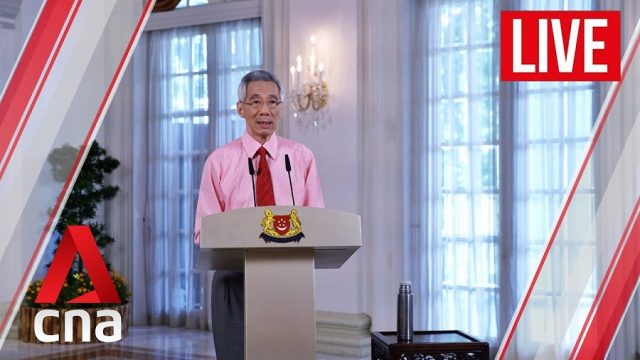 The power of empathy can never be understated in leadership. Particularly in these difficult times, when the world is battling an as-yet untreatable, highly contagious virus, empathetic leadership gives people a sense of hope and certainty of light at the end of the tunnel as everyone navigates the current chaos.

Next door to Singapore, we saw yet another example of leadership that didn’t fully rise to the challenge. Newly-minted Malaysian Prime Minister, Tan Sri Muhyiddin Yasin, since taking office, appeared to lack clarity in articulating his government’s course of action, causing thousands to be stuck in police stations and across the country due to miscommunications and lack of alignment between his own government agencies at the start of his Movement Control mandate. His late appearance to a key telecast to all the citizens and his mispronunciation of COVID, were viewed as disinterest.

He also made several questionable appointments, causing global embarrassment especially with communications from his Women & Family ministry and his Health minister, who both put out messages with potentially severe consequences for citizens’ health and safety at a time of heightened fear and panic.

Commentators on social media pondered whether ministers in other countries would have remained in their roles had they produced similar messages.

Muhyiddin’s COVID-19 initial stimulus initiatives showed a lack of understanding of what was needed to help the country during this socioeconomic crisis. As the nation looked toward a new world taking shape, his team’s primary focus should have been on getting the best people to move Malaysia forward.

His lack of empathy towards the people of Malaysia, especially the SME community initially,  showed a void of authentic leadership. The good news for Malaysia was that their Director-General of the Health Ministry, Datuk Dr. Noor Hisham Abdullah, displayed tremendous leadership, courage and transparency, together with deep empathy, to guide the country through the turbulence.

Read also: Leadership During Crisis – A Story From 12 Years Ago

Empathetic leaders build confidence in people, who feel that any sacrifices they make are for the greater good and that the struggles they face are temporary and can be overcome. This is where the Singaporean leadership has led its people in these trying times.

Leaders are human and are prone to error. The best leaders recover and learn from their mistakes. We can only hope they take time to reflect on their leadership and realise the need to be empathetic and authentic leaders.

Leaders sacrifice first. They put the needs of others before themselves. Patriotism is neither love for government nor love of the office, but rather a love for the good of the nation as a whole.

If you are a leader of an organisation or even a team, take time to reflect on your own leadership. Is your self-interest, derailing your effectiveness as a leader? It is not too late to reflect and reinvent yourself. To move an organisation – or, indeed, a nation – forward, authentic leadership is required. Superficial displays of the Great Man leadership simply won’t get the job done.

Roshan Thiran is the Founder & CEO of the Leaderonomics Group. Although concerned for the state of the world and people, he believes the challenges brought on by the COVID-19 situation may be a great opportunity for the world to unite together and fight this as one people. And he looks forward to authentic leadership leading the way. Connect with Roshan on Facebook, LinkedIn or Twitter for more insights into business, personal development and leadership. You can also email him at roshan.thiran@leaderonomics.com. 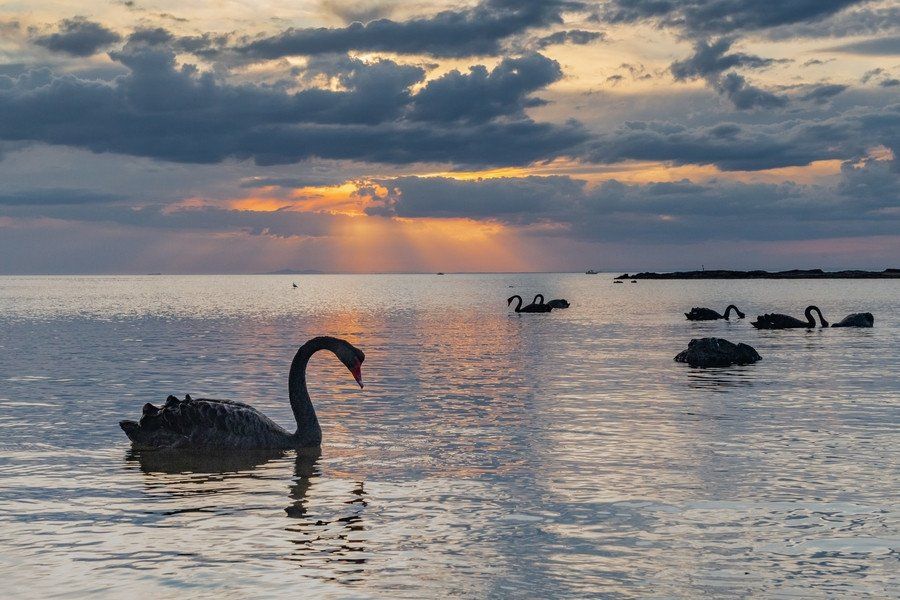