The Kedah Imbroglio: How Internal Leadership Strife Affects An Organisation 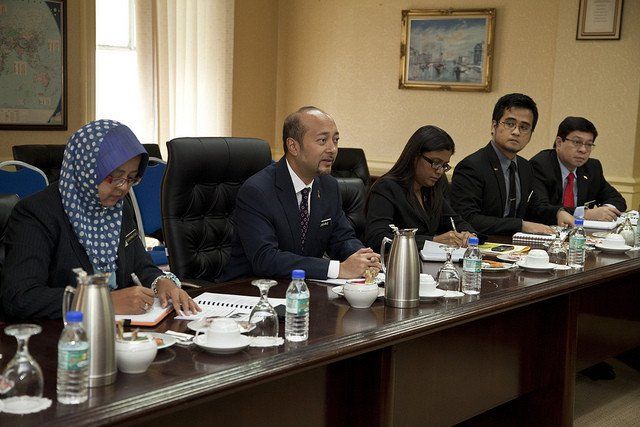 Photo of Mukhriz (second from left) taken in 2013.

In his acceptance speech as Illinois’ state senator in 1858, Abraham Lincoln said this:

“A house divided against itself cannot stand.”

The recent Kedah leadership imbroglio has reminded us that conflicts happen whenever groups of people are pushed together. Not only does it happen in politics, it also happens in families and business communities.

The reason we butt heads is because we are creatures of different personalities, preferences and opinions; not to mention of combative egos too. These can lead to unnecessary strife when not addressed well.

The scenario can become tricky when senior leaders themselves are embroiled in conflicts. More often than not, employees under their influence are the ones who suffer.

Drawing from this recent crisis, and relating it in the business perspective, there are several spillover effects that could happen.

During an internal conflict, it’s quite common for the parties involved to always be on guard to protect themselves from further ‘attacks’.

Since a leader is never a lone wolf at the workplace, he is most likely an influencer to his other circle of peers. This creates an unhealthy sub-culture of ‘gang’ leaders in an organisation, where unsubstantiated news, rumours and gossips take root and thrive.

Time and resources are wasted when we are pre-occupied with “water cooler” talks that revolve around who is right and who is wrong, with no effort from the offending parties to make peace.

According to a 2008 survey report by the Chartered Institute of Personnel and Development in association with OPP (a business psychology consultancy), human resource professionals waste 3.4 hours weekly managing conflict.

In the Kedah leadership tussle, Umno Youth chief Khairy Jamaluddin mentioned that as long as the crisis is not resolved, it would affect the state’s administration and its people. He has a point.

Prolonged and unresolved internal conflicts leave a trail of broken team spirit and fractured teams. Even though employees may not be directly involved in the leadership squabble, the negative vibe exuded from the unpleasant or tense working environment will drain everyone, emotionally and psychologically.

Even after leaders have successfully closed ranks and agreed to work together, they would need to reinvest a bulk of their time and effort to restore confidence and trust among their people. In working towards fixing a team, we can only hope that the wounds would eventually heal over time.

According to theSun, the resignation of Datuk Seri Mukhriz Mahathir as Kedah Mentri Besar has left many Kedahans feeling disappointed because they were supportive of his leadership. Many of them are now taking a wait-and-see approach, and hoping for a smooth transition.

An internal strife that ends with a sudden change of leaders often results in disruption to existing and ongoing initiatives within the organisation. A new leader taking over the helm might have a different approach as to what the team should achieve and do.

Even though we are always encouraged to embrace change, this leadership transition needs to be intentional and aligned to the bigger goals of the business. Leadership should not change for the sake of serving an individual’s personal agenda.

While “strife”, “crisis” and “conflict” often have a negative connotation, the effects within an organisation can actually be positive and negative.

Though it comes with much pain, we often see a true mark of a leader by the way he responds to pressure coming from such situations.

After all, the decision to follow a leader still lies in our hands. And we usually follow one whose values are closely aligned to our own.

The opinions expressed in this article are those of the writer or the people quoted and not necessarily those of Leaderonomics. Post your comment below or share your thoughts at editor@leaderonomics.com. For more Thought Of The Week articles, click here.

Prints & Patterns For Your Lunar Palette