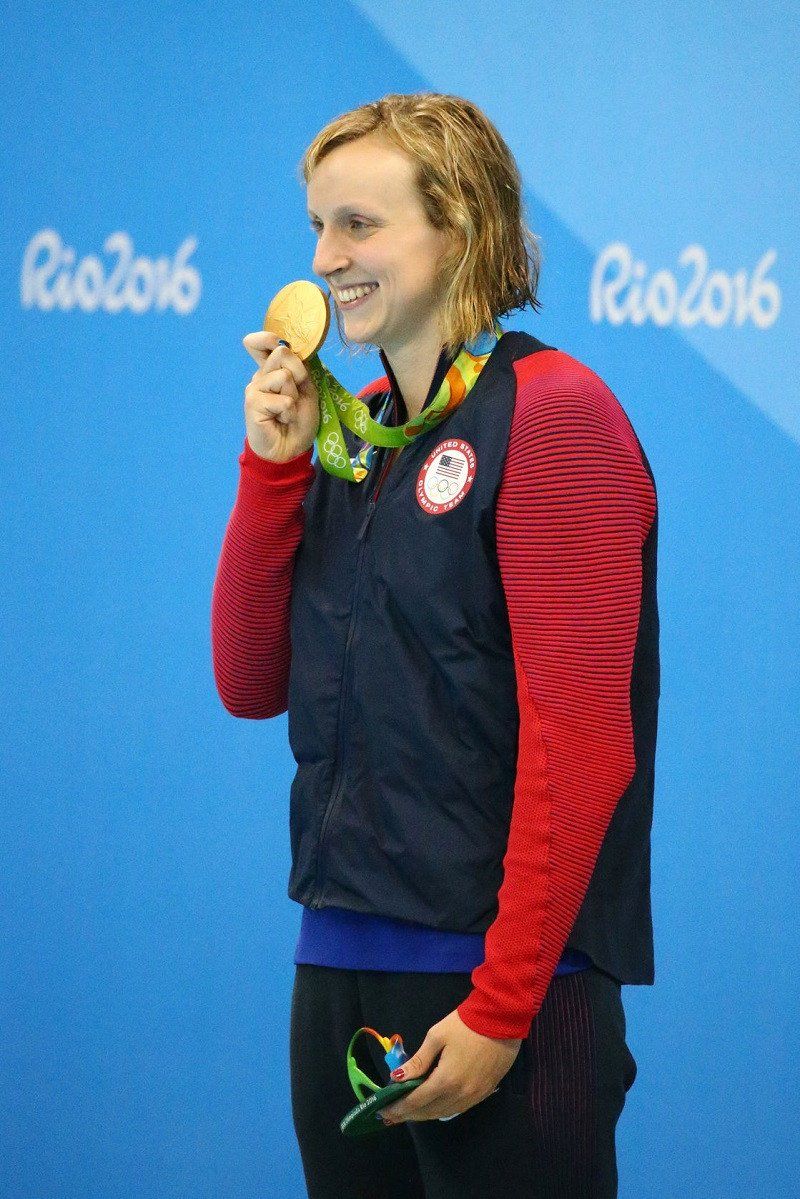 Katie Ledecky is different – and not just because she’s arguably the most dominant athlete in the world. (How does never losing an international final sound to you?)

She wins many of her races not by fractions but by 1% or 2% – which doesn’t sound like much until you realise that a similar margin would mean Chris Froome would win the Tour de France by about 40 minutes.

So yeah, she’s different in terms of results – but she’s also different in the way she thinks. Like most Olympic athletes, the thought truly is father to the deeds that lead to her success – and yours.

• Eats two pieces of toast with peanut butter, plus a banana or apple.

• Goes to dry land training three days a week from 11am to noon.

Scratch the surface of any person with rare skills and you’ll find a person who has put thousands of hours of effort into developing those skills.

There are no shortcuts. There are no overnight successes. Everyone has heard about the 10,000 hours’ principle but no one follows it. . .except incredibly successful people.

So start doing the work now. Time is wasting.

If you don’t embrace a workload that others would consider crazy, then your goal doesn’t mean that much to you – or it’s not particularly difficult to achieve. Either way you won’t be incredibly successful.

Ledecky doesn’t have a backup plan. She isn’t a person who swims. She’s a swimmer.
You’ll work a lot harder and a lot longer if your primary plan simply has to work because there is no other option.

You’ll work harder and longer if you think of yourself not as a person who sometimes performs a certain task but as a person who has embraced everything about a pursuit. Don’t just start businesses – be an entrepreneur. Don’t just jog in the evenings – be a marathoner.

Total commitment – without a safety net – will spur you to work harder than you ever imagined possible.

If somehow the worst does happen (and the “worst” is never as bad as you think), trust that you will find a way to rebound. As long as you keep working hard and keep learning from your mistakes, you always will.

4. She avoids the crowds.
Conventional wisdom yields conventional results. Joining the crowd – no matter how trendy the crowd or “hot” the opportunity – is a recipe for mediocrity.

Take the way Ledecky trains. She trains at near race pace, targeting a stroke rate magic number of 1.36 seconds. The target stroke rate she uses in practice is significantly higher than most other swimmers use.

And as her coach says, “Other swimmers, they either lose (their stroke rate) or they don’t have the confidence to start out with it. You’ve seen her dive in, and by the time the race is 100m in, it’s over.

Remarkably successful people make a habit of doing what other people won’t do. They go where others won’t go. . .because when they do, there’s a greater chance for failure, but also a much greater chance of success.

5. She starts at the end. . .
Average success is often based on setting average goals. Ledecky doesn’t just want to win.

She wants to set world records. She wants to win every race.
Scratch that. She doesn’t just want to – she wants to. As her teammates say, in practice she’s the nicest person ever. . .but in meets, she’s scary.

Decide what you really want: to be the best, the fastest, the cheapest, the biggest, whatever. Aim for the ultimate. Decide where you want to end up. That is your goal.

Then you can work backward and lay out every step along the way.
Never start small where goals are concerned. You’ll make better decisions – and find it much easier to work a lot harder – when your ultimate goal is ultimate success.

6. . . . and she doesn’t stop there.
Achieving a goal – no matter how huge – isn’t the finish line for highly successful people. Achieving one huge goal just creates a launching pad for achieving another huge goal.

Maybe you want to create a US$100mil business; once you do you can leverage your contacts and influence to create a charitable foundation for a cause you believe in.

Then your business and humanitarian success can create a platform for speaking, writing, and thought leadership. Then, the process of becoming successful in one field will give you the skills and network to be even more successful in that field – and successful in many other fields.

Incredibly successful people don’t try to win just one race. They expect and plan to win many more races.

Jeff Haden is an author of more than 50 non-fiction books and ghostwriter for innovators and business leaders. To engage with him, e-mail us at editor@leaderonomics.com 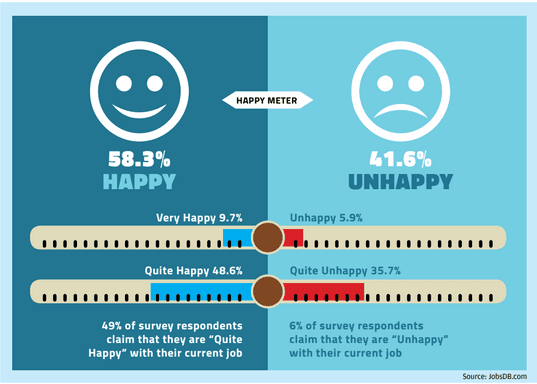 Career Management: Whom, Why AND How