What do The Beatles, Warren Buffett, David Beckham, Mokhtar Dahari and Bill Gates all have in common? They’re all famous, gifted, and geniuses in their own realms. But more importantly, they all got to where they are today by doing one thing in common – they all poured their hearts and souls, blood and tears into achieving “perfection” through lots of practice. And they were NOT born talented.

“genius is 1 per cent inspiration and 99 per cent perspiration.”

Based on research done by Anders Ericsson and a team of scientists, they now claim to know just how much ‘perspiration’ is required to become a genius – apparently ten years or 10,000 hours. Ericsson writes, “a lot of people believe there are some inherent limits they were born with. But there is surprisingly little hard evidence that anyone could attain any kind of exceptional performance without spending a lot of time perfecting it.” A book by Malcolm Gladwell, “Outliers”, reinforces this point with evidence that geniuses simply become great by practice.

For years, I held to the notion that I could never become talented in a specific field as I did not have the “genes” required to succeed there. Ericson’s research, which has now been validated by numerous others, throws cold water into that belief. Leaders are clearly developed and not born. All you need is practice.

The Beatles remain the best-selling musical group of all time. But this success did not come overnight. In his book, Gladwell explains why the Beatles became so good. They played for hours and hours in the German underground scene in Hamburg, receiving little money or recognition but a lot of practice.

According to John Lennon, they played eight hours per night, 7 nights a week for 270 nights. In comparison, most bands of their time (and probably even now!) only performed one-hour sessions per week. Fortunately for the Fab Four, by the time they were “discovered” they had performed “live” an estimated of 1200 times! Most bands today don’t even perform that many times in their entire careers. These 1,200 “live” practice performances really was the differentiator.

Warren Buffett is famed for being the world’s greatest investor. But his success is the result of sheer hard work and practicing the discipline of “mental strategies” of investment for years and years before becoming an expert. Beckham is no different with his lethal free kicks. Quoting Sir Alex Ferguson:

“he practised with a discipline to achieve an accuracy that other players wouldn’t care about.”

We know that Gates, a Harvard dropout, is among the world’s richest men because of his Microsoft fortune. But even his story reinforces practice. For starters, he went to an elite high school, with access to a computer. This was back in the 60s, when even universities didn’t have computers! This allowed him to do real-time programming as a fourteen year-old. Obsessed, he programmed 8 hours a day, 7 days a week.

He skipped athletics, sneaked out after bedtime, hacked passwords, and told the occasional lie, just so that he could have more hours of programming. By the time he dropped out of Harvard, he just happened to have more than 10,000 programming hours under his belt!

What do these famous people have in common? Tenacity!

We don’t even need to look far to prove this point. How do teenage kids become technology experts? With their short attention span, how do they learn? Observe these kids for a day and you will see them surfing the internet, playing videogames, and sharing everything they learn on blogs and YouTube. And if you rake in the hours they spend a day, it’s no wonder that these teenagers are computer “geniuses” (at least in our eyes!). Clearly, there is a correlation between time and expertise.

Greatness is only achieved through hard, painful, and demanding practice. “It can take 10 years or 10,000 hours of extensive practice to excel in anything,” says George Kohlrieser, the head of leadership at IMD and a close friend of mine. “Mozart was 6 when he started composing, but his world-class composi¬tions started at age 21.” Kohlrieser believes that practice makes all the difference between being good and being great. So what does this all mean?

We live in a world where there is an expectation that everything needs to be instantaneous. 2-minute Maggi Mee, instant coffee, instant profits, and we even try to produce leaders using the 1-Minute Manager manual. Yet, to be truly exceptional and great, we need to put in the time. We expect world class football players in Malaysia, yet we start formal football training for kids at age 12, when teams like Everton start developing their Wayne Rooneys at age 6. There are no shortcuts.

We can conclude likewise on leadership. Nobody becomes a great leader without working at it. There is a belief that if you’re good at something it should be effortless. That unfortunately is baseless. To become a great leader, you will require notching your hours of practice. Even Jack Welch spent 10 years as CEO practicing and practicing before he finally got it right. If you do the math, just 3 hours a day of practicing for 10 years makes you an expert.

Just one problem: How do you practice business? Many elements of business, in fact, are directly practicable. Presenting, negotiating, delivering evaluations, and deciphering financial statements – you can practice them all. And even the softer pieces of management like giving feedback on performance, coaching your reports and hiring the right people can all be practiced.

The great Mokhtar Dahari was my first football coach when I was a young boy. Mokhtar was an intense coach, always pushing us to the limit during our training sessions. One day I asked him about the goal he scored against England. He replied, “I guess I was just lucky.” Then he turned around to me and said:

“But Roshan, you make your own luck. The more you practice, the luckier you get. So stop asking questions and keep practicing.”

Genius is NOT reserved for the special few. But, practicing is hard. If achieving great performance was so easy, it wouldn’t be rare. You want to be brilliant – just practice lah!

David Beckham and Tiger Woods, two highly successful athletes who don’t seem to have much in common except that they have a lot of money and had issues with their wives. But they have one other thing they share in common – they became great because of practice. Most people are quick to say that these guys are successful because they’re talented. The secret to Beckham’s free kick accuracy is that he practiced for hours. He even maintained his rigorous training routine even when he had issues with the management of Real Madrid in 2007. Beckham could have taken a break, yet chose to remain consistent.

Tiger Woods, reputed for practicing more than any of his competitors, is responsible for the shift to higher standards of athleticism amongst pro golfers. What do you think he did the day after he won the 2000 PGA championship? Take a well-deserved break? No, he was back on the range – practicing.

Both Beckham and Woods have amassed well over 10,000 hours of practice. If you put in those hours, you too can be as good as them. These guys aren’t different from us. There is nothing that they have that you lack. Consistency is their REAL secret, it’s what turns them into “talents”, and it’s a powerful law of success that you can apply starting today.

To watch a video from the “Be a Leader” series on this article, click below: 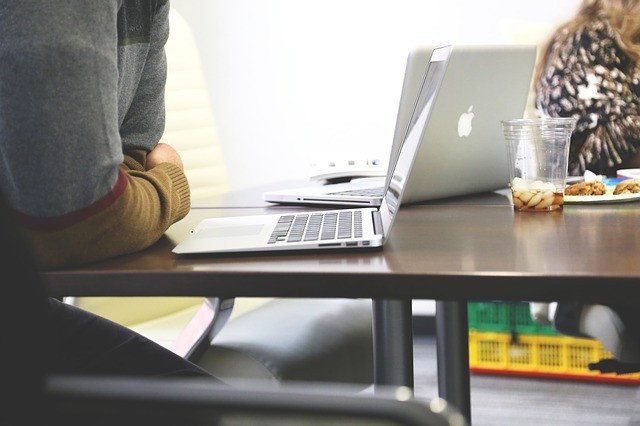 Crowdsourcing: How Malaysian Start-ups Can Comb Through The Crowd

Tags: Quality, Be A Leader