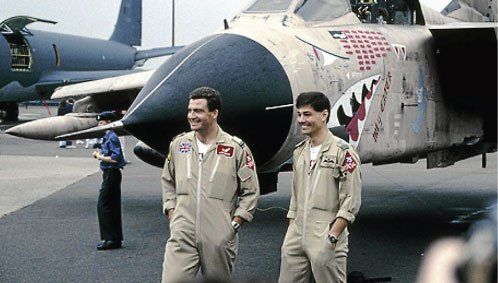 “The second of my two biggest failures is being shot down. I realise that it happens in war, but a fighter pilot is not meant to be shot down! Period. It is part of the job description. The definition of a bad pilot is one with more take-offs than landings.”

This was John Peters’ answer when asked about some of the biggest failures in his professional and personal life. The first was failing to pass the Buccaneer Operational Conversion Unit test at the end of his flying training.

“The one aircraft I expressly did absolutely not want to fly was the Buccaneer and I got posted to it. I was absolutely gutted.”

Peters, a best-selling author, writer and performance coach caught the world’s attention back in 1991 when television screens across the world displayed his battered and bruised face as a result of being held captive by the military of Iraq for 47 days.

His aircraft was shot down while on a mission on Ar Rumaylah airfield, during his stint as a fight lieutenant. His harrowing experience was a 47-day ordeal of pure interrogation and torture that pushed Peters to the absolute limit which nearly resulted in his death.

Today, Peters, an experienced speaker gives talks on international repute to corporates, public sector and charities. He was the sole reader representing the British Armed Forces at the National Gulf Memorial Service, in front of the Queen.

He was also the presenter of the “Sir James Martin Lecture” at the Royal Aeronautical Society in the presence of Prince Philip and followed Nelson Mandela on stage in South Africa.

He has written two best-selling books and the documentary, Tornado Down was Independent Documentary of the Year and a BAFTA award nominee. Peters also has extensive international TV, radio, PR and media experience.

Since his childhood, Peters cannot remember wanting to be anything else except a fighter pilot. He finds himself to be one of those lucky ones who managed to fulfill their childhood dreams. He completed his degree in Building Engineering, sponsored by The Royal Air Force.

Peters’ first job during his schooling years was not a comfortable one. He worked in a rubber factory, starting off with cleaning the factory before going on to the production line.

“The cleaning was hard, dirty work, climbing into the huge machines full of sulphur dust, rubber, oil and grime. Each of us could only do 30 minutes at a time before being yanked out with goggles steamed up, masks clogged up with dust and completely covered in black oil and white dust.

“The production line was mind-numbingly boring, were it not for the people. My whole school career assumed that you ‘failed’ unless you went to university and into the professions.

“My fellow workers in the factory were fantastic – bright, intelligent and knew exactly how to ‘play the performance game’. And the pay was good. It was an insight that I will never forget: never assume or under-estimate people. And be respectful of people, whatever role they play.”

When he was with the Royal Air Force, Peters flew Tornados on a number of squadrons in Germany. Upon his return to the UK, he became a flying instructor on the Tri National Tornado Establishment where his role required him to train the Italian, British and German air crew.

During his tenure with RAF, Peters spread his wings and conducted many programmes on leadership, safety and human error in aviation.

Once he left the air-force, he leveraged on these experiences and started his own management consultancy that provides business critical development, consulting and coaching from a leadership perspective.

His company, Monkey Business, provides expertise on leadership, strategy and change for senior business teams. Having a MBA has helped him a lot in starting up his own business as well.

“The sole reason as to why I decided to start my own consulting business was opportunity. I had completed an MBA, I had a speaking profile with my Gulf story and my last position in the RAF was exploring human performance.”

Despite being offered three other jobs upon resigning from the RAF, Peters turned them down to give himself a year to see if he could run his own show.

“I had no prior business background, no influential networks and no experience in opening up a business, but all I thought was, what is the worst that could happen? It would fail and I would end up flying again or working for a consultancy firm.

Undeterred by the uncertainty, Peters went on to pursue his dreams and 13 years later, he can proudly boast of having senior managers of major companies as advocates of the effect that he has had upon their businesses.

“This itself provides me with a huge sense of satisfaction, not to mention that business is good.”

Peters does not believe in stopping after the first round. He believes that one has to pick up one’s self and give it another go if unsuccessful during the first time around.

“If at first you do not succeed, try and try again. If, then, you do not succeed, change the plan. Anything worth achieving is hard. There is a likelihood that we will stumble along the way, in all the choices we make in life but ultimately persistence pays off.

“It is easy to look at the immediacy of failure and believe it is absolute, rather than a springboard of learning another way or an opportunity to grow. The art is in the timing, to the extent that resilience is a great quality to have,” shares this dynamic go-getter.

For Peters, failure provides the insights and opportunities that you rarely get in success. According to this reputed coach, failure is the first step to resilience – the ability to bounce back. It enhances one’s ability to engage with uncertainty, the novel and the unknown, which is a pre-requisite to success.

“Despite being shot down, it was still unbelievable to be involved in history. If I had not been shot down, I would not have the life I lead now. My life was transformed on failing to achieve my mission.

“Had my first business not “failed” (well, I shut it down) I would not have the business I now run. It has made me a better businessman.”

For Peters, his biggest inspiration is his children. They mean the world to him. Reminiscing of the time he was shot down, he says: “During captivity I wanted to see my children grow up. I did not want them calling another man, father.”

“My greatest achievement and continued motivation is seeing their development, their happiness and the contribution they make to life. Like any parent, I am inspired by their youth, their vibrancy and their joie de vivre.”

When asked on what he would like to say to young people, Peter had a very interesting piece of advice to offer, an advice that has shaped him professionally and personally.

“Do not chase money. When you do what you are good at and what you enjoy, work is no longer work and working long hours is enjoyable because you are absorbed in something you want to do. It is not hard work to do what you love. If you do that, then money will follow… trust me. Just working for money is purgatory and sucks the life out of you.”

John Peters is available for speaking engagements through The London Speaker Bureau in Kuala Lumpur. 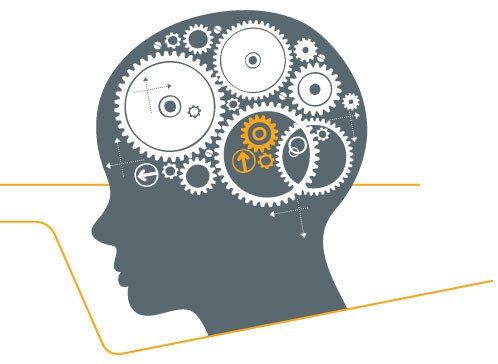 Memory And Speed Reading Techniques To Improve Your Productivity