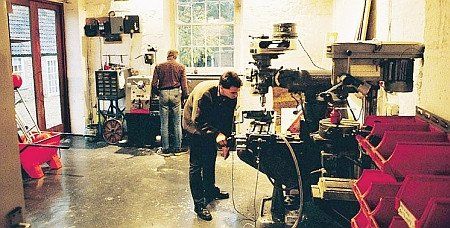 Sir James Dyson almost bankrupted himself inventing the world’s first bagless vacuum cleaner. There is no shame in failing but it would be a shame not to learn from it. Inventor and founder of UK-based Dyson Ltd, he knows this only too well. In fact he “relishes” in failures and regard them as “fuel” to fire his dogged determination and fighting spirit to be the successful industrialist he is today.

It started more than 30 years ago when Dyson almost bankrupted himself inventing the world’s first bagless vacuum cleaner using cyclone technology which only himself was convinced would work. By the mid-80s Dyson was heavily in debt but he doggedly continued on his mission.

Luckily for Dyson, frustration has proved the mother of invention. That’s why he came to invent the first bagless vacuum cleaner, ballbarrow, sea truck, trolley ball and airblade. He also developed a wheelchair and even a roller for flattening grass!

The story of the Dyson company started in 1979, when Dyson bought a top of the range vacuum cleaner, and was frustrated with how it instantly clogged and began to lose suction. James emptied the bag to try and get it going but this had no effect. The engineer’s instinct kicked in. He ripped open the bag and noticed a layer of dust inside, clogging the pores. A fundamental flaw with vacuum technology, undetected and unchallenged for almost 100 years! Dyson became determined to develop a better vacuum cleaner that worked properly.

During a chance visit to a local sawmill, Dyson noticed how the sawdust was removed from the air by large industrial cyclones. Could that principle work on a smaller scale, in a vacuum cleaner?

It took 5,127 prototypes over 15 years for him to turn up the one which worked. After much frustration, headaches and the seemingly endless failures, his perseverance triumphed and in 1993 he finally launched the Dyson DC01 vacuum cleaner – famed for its bagless and no-loss-of-suction features.

However, “giving birth” to the world’s first vacuum cleaner without a bag was not the end of Dyson’s problem. In fact it was just the beginning of his battle!

None of the major manufacturers at the time was interested in his invention.

Dyson figured they were making too much money selling replacement bags and were more interested in defending their own product; making handsome profit from the lucrative vacuum bag market.

So he had to go it alone. The venture could have gone either way but Dyson’s conviction and persistence won the day and things took off.

Today, Dyson’s annual turnover is over £1bil and the Dyson vacuum cleaner is available in over 50 countries.

Looking back, Dyson considered the many prototypes he had to do not only his biggest failure, but also a “good failure” that offered much insights for him to learn from.

“Each one taught me an important lesson. Each one got me a step closer to getting it right,” he shares. Dyson with his various prototypes.

“I wanted to give up almost every day. But one of the things I did when I was young was long distance running, from a mile up to 10 miles. They wouldn’t let me run more than 10 miles at school – in those days they thought you’d drop dead or something! And I was quite good at it, not because I was physically good, but because I had more determination. I learned determination from it.”

It took James Dyson 5,127 prototypes before he got the design of the bag less vacuum cleaner right to launch teh Dyson DC01 vacuum cleaner.

He laments that a lot of people gave up when the world seems to be against them, “but that’s the point when you should push a little harder.”

“I use the analogy of running a race. It seems as though you can’t carry on, but if you just get through the pain barrier, you’ll see the end and be okay. Often, just around the corner is where the solution will happen,” he advises.

He believes if it was not for the disinterest of the big names in his invention then, Dyson would never have existed!

Going against the grain

The man has always shown an obstinate streak – the sole volunteer to play the bassoon in the school orchestra, the long distance runner with the determination to do things differently.

“When I was at school I liked running and I played the bassoon. I was not interested in just doing what others enjoyed. And it helps as an inventor, because you will come up against many who do not believe in your idea.

“Today, my interest is in problem solving – inventing and building things that fix problems. I wanted to make things which were functional.”

Trained in industrial design at the Royal College of Art in London, Dyson adopted an Edisonian approach to design; making prototype after prototype until he got it just right.

This might interest you: Thomas Edison: Thinker, Doer And Market Disruptor

As the chief engineer at Dyson today, he continues to work alongside his team of engineers and scientists, developing new technologies to overcome everyday frustrations. Dyson spends £1.5mil a week on research, design and development and employs over 750 engineers in Wiltshire, England.

James encourages his team of Dyson engineers “to try the ridiculous.”

He says although most of the time their attempts end in failure, he prodded them on as “failure sparks thinking and the extraordinary.”

He says Dyson engineers still make a lot of prototypes – quickly getting a feel for things and uncovering subtle design flaws not experienced in a computer screen.

Dyson is inspired by Isambard Kingdom Brunel, the engineer who built many of Britain’s railways, tunnels and bridges in the 19th century.

“And it was Jeremy Fry that gave me my first break. I was in my final year at university and he asked me to work on a project to design a flat hulled boat capable of carrying a car at high speeds.

“He taught me the Edisonian approach to designing. Making small changes bit by bit until you get it right. He also got me straight into the field – testing my theories away from the drawing board. And that is still my motivation. Solving problems and turning an idea into something tangible,” he enthuses.

And the one big lesson that he has learnt is to protect his ideas. Dyson says he has learned this the hard way. ”It is our lifeblood. I learned the importance of intellectual property the hard way. One of my early inventions before the vacuum cleaner was the ballbarrow. Conventional wheelbarrows have a thin wheel that sinks into mud. The ballbarrow uses a ball instead to spread the load and is also more manoeuvrable.

“Unfortunately, I did not patent it in my own name. So when I left the business a few years later, I lost the rights to my idea. It was a tough lesson.”

Malaysia has benefited from Dyson’s farsightedness and success too. To address the high production cost in the UK, Dyson decided to shift the company’s manufacturing facility from its Malmesbury, Wiltshire facility in the UK to Senai, Johor, in 2002. The company’s headquarters and research facilities remain in Malmesbury.

Related post on ‘the Malaysian connection’: Pendrive: A Spot-On Invention

Dyson has been manufacturing all their machines in Johor since then. Today, Dyson makes machines across four different categories – vacuum cleaners, bladeless fans, heaters and hand dryers.

Although it was a controversial decision back then considering the loss of jobs in the UK, this is a move which Dyson can now defend; the company is doing much better than before, a lot of it attributed to this brave move.

In Malaysia, Dyson employs over 600 people in research, design and development; two-thirds are engineers.

“Using contract manufacturers in the region means indirectly, we have 12,000 people working for us. Which makes for a rather big impact in Johor,” Dyson says.

Despite his runaway success, Dyson is still very much an inventor at heart.

According to Wikipedia, Forbes estimated the fortune of the 65-year-old Dyson at £1bil.

“I tend not to reflect on past achievements. Every time we launch a new machine, I am already thinking about the next challenge. I like to look forward rather than back.”

In the pipeline are dozens of new inventions that have yet to see the light of day.

“Dyson has a pipeline of technology reaching more than 10 years into the future. And more than 1,400 engineers are working behind closed doors on them!” beams Dyson.

Every bit an inventor, he believes young people should take risks, make plenty of mistakes, learn from their failures, and persevere when get knocked back.

To support design and engineering education, he set up the James Dyson Foundation in 2002. It is aimed at inspiring young people to study engineering and become engineers by thinking differently and to make mistakes. The foundation particularly supports schools in Wiltshire as well as medical and scientific research in partnership with charities.

Another way the foundation inspires young minds is with the James Dyson Award. This is an international design award that “celebrates, encourages and inspires the next generation of design engineers”. The international design competition is open to engineering, industrial design and product design students and also recent graduates.

Watch this interview and Dyson’s thoughts about young graduates:


In Malaysia, bursaries are awarded to students at UTM and the University of Nottingham who show a passion for engineering, and not just good grades.

Given his burning passion and fighting spirit, he and his Dyson team may yet spring many more surprises in the days to come.

What’s your favourite invention of all time? Write to us at editor@leaderonomics.com. Click here for more leadership articles! 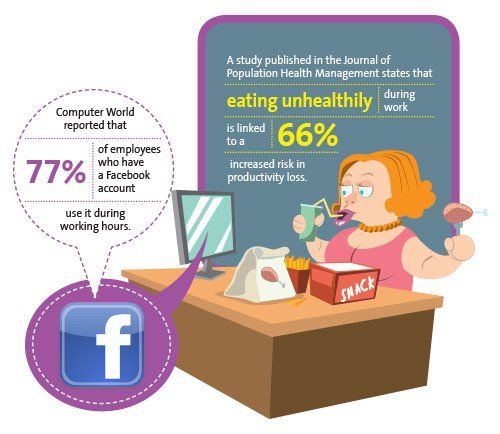 Did You Know: Productivity