Is Fear Just A Four-Letter Word For Opportunity? 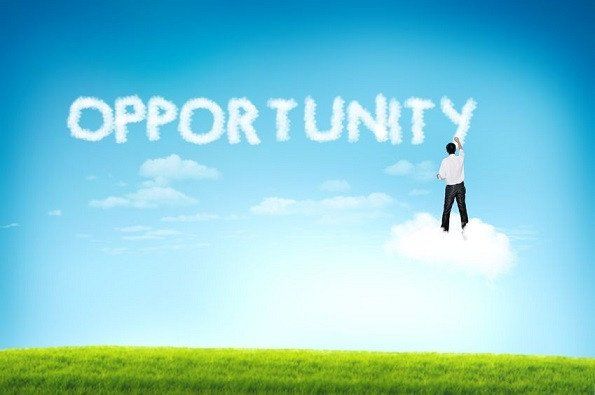 Standing on the shoulders of giants

Fortunate to have counted some pretty amazing people as friends, there have been many instances I have learnt great lessons from how they have dealt with difficult situations.

My dearly departed father himself was very much of the belief that in the face of adversity, we must be resilient and keep going – as the Chinese saying goes “Your horse falls dead. Start walking”.

Due to the economic downturn soon after a friend landed his dream job, he was unfortunately let go. Rather than give in to despair, he reassessed where he was and where he wanted to be in his future, and took firm steps to get there.

Today, he truly has his dream job, healing the sick and making a difference in the world he couldn’t have previously.

So I asked myself if there have been points in my professional life that I have, in essence, sold myself short and not seized life-changing opportunities. Has fear prevented me from achieving my life goals? Has it prevented you?

1. Fearless: How to rise above it and persevere

“I am fundamentally an optimist. Whether that comes from nature or nurture, I cannot say. Part of being optimistic is keeping one’s head pointed toward the sun, one’s feet moving forward. There were many dark moments when my faith in humanity was sorely tested, but I would not and could not give myself up to despair. That way lays defeat and death.” – Nelson Mandela

Mandela was also famously quoted as saying that courage is not the absence of fear, but the triumph over it and “The brave man is not he who does not feel afraid, but he who conquers that fear.”

While I sometimes refer to people I admire as “fearless leaders” I know that fear, like anger, are emotions that however fleetingly, descend on us at inopportune times.

It is of course, how we act on it that is important. We need to be able to lead ourselves out of a difficult situation. To take the time to analyse what brought us there, develop a strategy and persevere to get back on track.

My psychologist friends frequently posit the fight or flight response to fear. Clearly if you are staring down a tiger, saber-toothed or not, do skip the time for analysis, and take action immediately!

2. Forgiveness: How to move on

Jamie Andrew is the epitome of someone who, when faced with a catastrophe, has nevertheless gone on to make a string of absolutely incredible achievements.

In 1999, Andrew and his friend Jamie Fisher were trapped for five nights on the storm bound icy summit of a French mountain. Their rescue, one of the most dramatic in the history of the Alps, tragically came only hours too late to save Fisher.

Andrew, despite suffering hypothermia and appalling frostbite, survived, but at great personal cost. Ten days later, both his hands and his feet, damaged beyond repair by frostbite, were amputated.

I asked Andrew how he overcame the fear and he responded, “When I had the accident, I dealt with it by talking about what happened especially with loved ones, friends and family.

At the beginning, it was very difficult, but the more I spoke about it, the easier it became.”

Since then Andrew has defied all expectations by running marathons, completing an Iron Man triathlon, skiing, snowboarding, sailing, and of course, returning to climbing the mountains that he loves so much.

Thinking back to the past, Andrew said:

“I tortured myself about how we made the wrong decisions. We were very experienced and we did the best we possibly could. We couldn’t have done better than that. Thinking about him (Fisher), I came through my anger and moved to a period of acceptance. I had to find forgiveness. Only then can we start to rebuild – set new goals, ambitions and dreams.”

Given time to analyse the source of your fear, do not be in turn gripped by guilt even if you were responsible for the situation you are in. Find forgiveness, move past it and execute your plan!

3. Be not a deer: Confronting fear

“So, first of all, let me assert my firm belief that the only thing we have to fear is fear itself – nameless, unreasoning, unjustified terror which paralyzes needed efforts to convert retreat into advance. In every dark hour of our national life a leadership of frankness and vigour has met with that understanding and support of the people themselves which is essential to victory.” – Franklin D. Roosevelt

Taking a big step back, have there been situations where the mere thought of tackling a new endeavour has rendered us wide-eyed and unable to move in any direction?

Fear that is not addressed can lead to prolonged stress – and when coupled with uncertainty of what the underlying reason for the fear actually is, can derail anything we attempt. On fear of failure or inadequacy, people often say, “you never know till you try”.

Several years ago, I was mugged, slashed and left for dead by the assailant. While I usually tell this story because of the great act of kindness a lady showed me by whisking me off to the hospital, I recall that I refused to give in to the fear that gripped me the moment it happened.

I knew that if I didn’t confront my fears, I would be hostage in my own home forever. I was unwilling to be run over like a deer frozen in the headlights of an oncoming car (poor dears).

So upon discharge from hospital, I went directly to the place it happened – and stood there for a moment – soaking it all in.

I am fairly risk-averse myself, but I believe that taking action and transcending fear is liberating.

The decision to take action is ours to make, but if you have a mentor or a trusted friend to work through a solution, do reach out for a helping hand.

4. Conquering fear: Step out of your comfort zone

In an interview by Scott Dinsmore on the defining life experience that allowed him to find his passion, Simon Sinek, author of Start With Why shared, “Six years ago I found myself in a place I’d never been before. I lost my passion for what I was doing. Waking up was a chore and going to work required all the energy I had.

“It was the discovery of this thing called the Why that restored my passion. It proved to me that I had the right to feel fulfilled by my work and that I didn’t have to suffer through a job I had.

It was so powerful that I decided I was going to devote all my energy from that point on to proving to others that fulfillment is a right we all share and I was going to do my part to show people a way that we could all come home at the end of the day and say, with a smile, ‘I love my job.’”

A forward-thinking strategy for dealing with fear perhaps. Akin to mothers instinctively overcoming their innate fear of dangerous predators to defend their young, I have found that stepping out of my comfort zone becomes easier when, in Sinek’s words “I love my job”.

When my personal goals are aligned with those of my organisation’s, stretching my abilities and overcoming my fear of leading a new team in a new direction for example, moves quickly away from the realm of the impossible.

5. Your leader toolbox: Love drives out all fear

“Power is of two kinds. One is obtained by the fear of punishment and the other by acts of love. Power based on love is a thousand times more effective and permanent then the one derived from fear of punishment.” – Mahatma Gandhi

Clearly more eloquently put than “would you use a carrot or stick?”.

More than just how we inspire our teams to work together, telling the story of your organisation and what you do makes a difference. You are more likely to develop healthy sustainable relationships with team mates, clients and strategic partners who understand, connect with and buy into your vision.

In my humble opinion, “leading” by evoking fear in others is short-sighted, ineffective and ultimately almost guarantees fear in the heart of the leader him/herself.

Not knowing when another person might inspire his/her followers in a different direction, a leader who rules by fear of punishment is powerless from the start.

“The more we care for the happiness of others, the greater our own sense of well-being becomes. Cultivating a close, warm-hearted feeling for others automatically puts the mind at ease. This helps remove whatever fears or insecurities we may have and gives us the strength to cope with any obstacles we encounter. It is the ultimate source of success in life.” – Dalai Lama

Fear is not necessarily a bad thing. For self-preservation, there is a reason why we evolved to experience fear. With the benefit of lessons learnt from history and living legends, let us take steps to acknowledge our fears, rise above them and seize the day!

Related article: How To Manage Your Team In Times Of Fear And Uncertainty 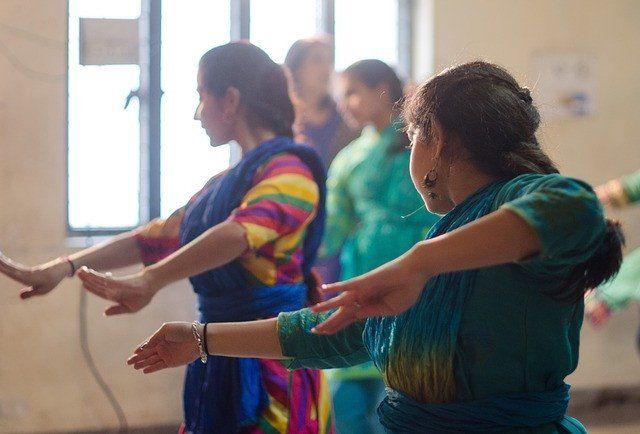 Life Lessons From The Indomitable Zohra

Karen Neoh
Karen has rather bizarrely maintained a childlike side to herself – always keen to see, learn and do new things. Yet she has remained grounded on finding the best way to help people – especially those who have the skills and heart to do incredible things.