Don't Be A Monkey 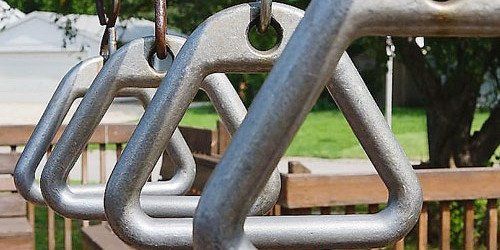 In Leadership, You Have To Let Go To Get Ahead

While greed for food holds the monkey back, what holds us back? Is it our ego, power, pride or greed?

In Malaysia, a villager developed the ingenious “Monkey Trap” method by burying a coconut and drilling a narrow hole big enough for a monkey’s hand to go through. Inside the coconut, pieces of fruit, nuts or meat on skewers would be placed. The smell of the treats attracts the monkey to reach into the narrow opening and grab hold of the treats. As the monkey attempts to extract the treats, it finds that its hand will not fit through the narrow opening its fist full of food.

The monkey, in frustration, will scream as it continues to hold on to the food and attempts to remove the hand from the hole. The villager comes over and drops a net over the monkey. Even though the monkey sees the villager approaching, it is so intent on keeping the food, it grips the food even tighter and tries even harder to dislodge its fist.

But the issue is not limited to business leaders. Many people are traumatically bonded and cling on to bad relationships even though they know otherwise. Or we can’t let go of a bad habit. Worst still, many hold on to old beliefs and dogma like “if it’s not broken, why fix it” and end up missing the boat when changes need to be made. Why is this so?

This might interest you: How Do You Build Relationships At Work?

In the case of the monkey, greed is the key reason why it cannot let go. Greed and avarice are the reasons executives fail to let go. And greed leads to fear. Chinese philosopher Zhuang Zi wrote:

While greed for food holds the monkey back, what holds us back? Is it our ego, power, pride or greed? Successful business leaders struggle to let go of their products and services that worked previously because they fear the unknown. The fear of losing the past outweighs the gain of the future. Thich Nhat Hanh, a famous Buddhist teacher said:

“People have a hard time letting go of their suffering. Out of fear of the unknown, they prefer suffering that is familiar.”

They believe if they keep going the same way, even though it may be painful now, somehow life will return to the excesses of before, in the future. Albert Einstein rebuts this belief: “Insanity is doing the same thing over and over again and expecting different results.” 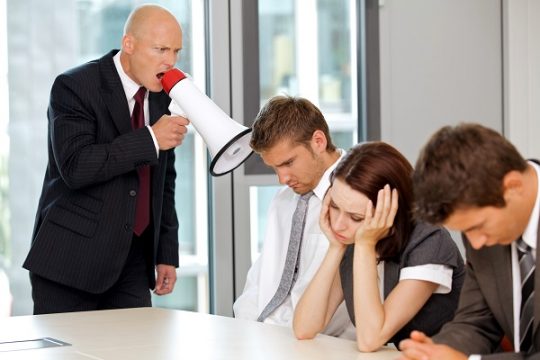 Each of us naturally wants to maintain status quo, sticking to the safe and comfortable. According to Edward Miller, dean of John Hopkins medical school, people won’t change even if their lives depended on it. He studied people two years after their coronary-artery bypass grafting, and found 90% of them had not changed their lifestyles, even though they knew they could die. They just could not change their lifestyles, for many reasons.

CEOs are supposedly the prime change agents for their companies, but they are often the most resistant to change.

When Louis Gerstner took over as CEO of IBM, he started by sticking to the same old McKinsey routine that had worked for him throughout his career – analysis, paralysis and strategy. He thought he could revive the company through drills such as selling assets and cost cutting which were within his comfort zone. But he was wrong and to his credit, he changed his consultant approach to a more cultural transformative one, thereby enabling IBM’s revival.

But most leaders resist change and are crippled by excuses to retain status quo. If you walk into any business and you hear the following excuses, you are in a business where there are a lot of monkeys who just can’t let go:

Suggested reading: Times Are Changing, And How Are We Coping With Change?

Ego is responsible for the majority of business failures. Disney, Wang Laboratories and even General Motors’ slide from glory was due to leadership ego. Even celebrity CEOs are not immune to ego issues. Steve Jobs was kicked out of the company he founded because of ego issues.

Nelson Mandela quit as President of South Africa after his first term. Some leaders can’t let go of their businesses and stay in the job way past their expiry date, causing the business or country to be ruined in the process.

It is hard to identify even one single big business success that was achieved by following conventional wisdom. Yet many still rely on it daily.

While working part-time as a student at a university in the United States, a secretary there refused to learn the computer and only used the type-writer. She was typing 300 words a minute and believed if she kept improving her speed, her job was safe. Whilst everything around her told her to embrace the computer, her inner belief said otherwise. A year later, they fired her and replaced her with someone who typed 80 words a minute but could use the computer.

The newspaper industry globally is in decline and many blame the advent of the internet to this decline. But researchers Michael Moore and Sean Paul Kelley believe that it is greed and the reliance on outdated wisdom that has seen print media’s decline.

Each of us has beliefs and conventional thinking that stifle our progress. Take time and re-examine your beliefs and remove and replace the ones that don’t work. Businesses need to do this often too.

Jack was not immune either!

Even the legendary Jack Welch was not immune to ego issues. Welch, then CEO of General Electric (GE), refused to part with Montgomery Ward, a troubled departmental store that came to GE looking for an infusion of US$100mil to reverse the retailer’s fortunes. It wasn’t enough and the next year they came back and asked for more.

GE, given the choice of losing their original investment gave the firm the additional money and then proceeded to give them more the next year and the following years. To protect an initial US$100mil investment, GE eventually wasted billions. Just like the monkey who couldn’t let go, the world’s greatest CEO couldn’t let go of a black hole and later admitted it was ego that stood in the way. The good news is, Welch learnt from his mistakes and learnt the art of letting go of his “monkey”.

In life, there are many things that we have to learn to let go. We have to let go of situations, things, memories, attachment to people and even ourselves. It can be a very painful experience and feeling when it’s time to let go.

Letting go is similar to crossing monkey bars. You have to let go at some point in order to move forward. Letting go can be one of the scariest experiences in your life but only by boldly taking a leap of faith into the unknown, can you truly be the leader you were meant to be.

So, this weekend, why not reflect and learn to “let go” of something that is holding you back from greatness. Remember, every exit is an entry to somewhere else. Think of it this way: you are on a hiking trip and along the way you keep picking up heavy objects, things that don’t really help you get up the hill. After a while, these objects begin to slow you down and unless you get rid of them, you’ll never complete your trip. So, let them go.

Listen to this podcast: Raise Your Game: Stop Being A Monkey
To watch the “Be a Leader” video on “Don’t be a Monkey”, click below: 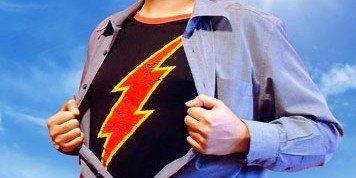 8 Ways To Be An Effective Change Agent

Tags: Be A Leader, Hard Talk