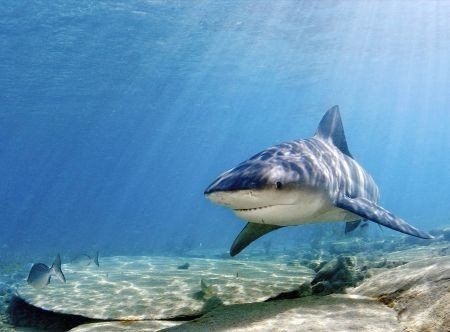 In 1975, a young director with no big film credits under his belt set out to make a horror film. Steven Spielberg wanted his film filled with violent and gory shark attacks. He wanted us to watch as this massive animal, built to kill, attacked its unsuspecting prey. But there was a problem. The mechanical sharks that were supposed to play a staring role in the film rarely worked as expected. As much as the young director wanted graphic shark attacks, he couldn’t have them.

Frustrated, the team found another solution. They left most of the violence to our imaginations. Viewers would see a fin, then someone would disappear under the water, and then the water would turn red. That’s it. In other scenes, we wouldn’t even see a fin, we’d see a yellow barrel surfing across the water, knowing that it was a shark, deep below, towing the rope attached to the barrel towards its next victim. The effect was so scary and so powerful, it influenced our entire society.

Though people were aware of sharks, there was little thought given to them when they went to the beach. After Jaws, however, there was a significant increase in shark hysteria that remains to this day. The funny thing is that there are more people killed by dogs each year than by sharks since they started counting shark attacks.

The brilliant way in which Spielberg told the story of Jaws did not happen in a brainstorming session and it was certainly not planned. It was the solution he found when what he wanted wasn’t possible. The malfunctioning robots forced him to find another solution.

We have a false belief that innovation happens with lots of money and resources. In fact, the opposite is true. It is a lack of resources and money, it is after something goes wrong that are we able to truly innovate – to truly re-imagine how something could work. This is why large companies rarely produce truly innovative products – because they have the money and resources to build anything they want.

The problem is, the things they want aren’t that innovative because they weren’t hindered or forced to find new ways. Small businesses, in comparison, are where big ideas happen. Slim on money and resources, they figure out how to make something work with what they have. Then big businesses buy the small businesses for their big ideas.

To be clear, Spielberg was also a student of film. Without his mechanical shark, he was able to defer to his knowledge. He knew the techniques that Alfred Hitchcock used in his movies to build suspense – foreboding music, simple details and a view of the aftermath. The suspense, Spielberg knew, happened in our imaginations, not in front of our eyes. Though he knew this, he didn’t need to tap that knowledge until he had to.

And that’s where having less produces more. There are plenty of smart people in large companies who don’t tap their brilliance because they don’t need to. They have all the resources they need. Smart entrepreneurs, in contrast, have no choice but to rely on their smarts and that’s why they can run innovation circles around large companies every single day.

Simon Sinek is a trained ethnographer and author of Start With Why: How Great Leaders Inspire Everyone to Take Action. An optimist, he believes in a bright future and our ability to build it together. For more Consulting Corner articles, click here. 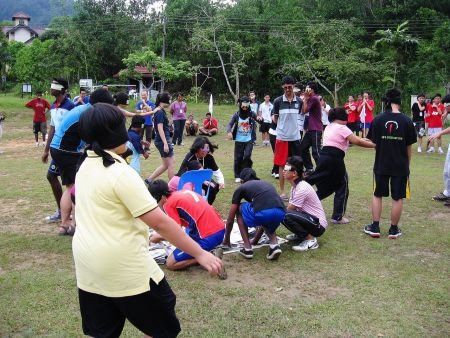 Simon Sinek
Simon Oliver Sinek is a British-American author and inspirational speaker. He is the author of five books, including Start With Why and The Infinite Game.