Don’t Wait For A Spider-Bite Before You Transform 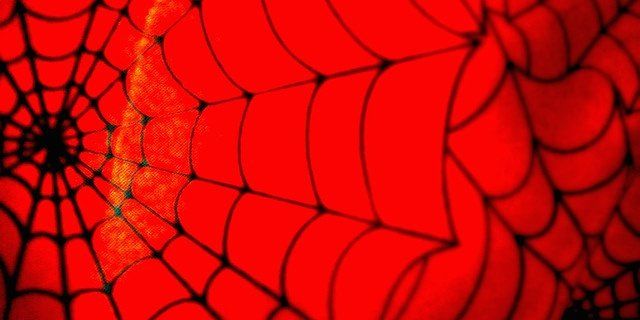 Look Inside For Hidden Gems To Transform Your Business

As my family rewatched the Avengers, I started to think about superheroes and their amazing transformation. Almost every superhero from Spiderman to the Incredible Hulk went through some form of transformation from a nothing into a mighty being. Peter Benjamin Parker, my all-time favourite superhero, was just a poor boy with no parents when he mysteriously transformed into the Amazing Spiderman after being bitten by a radio-active spider.
His nemesis, Green Goblin, likewise, was transformed by an experimental serum from a businessman into a super-villain. Dr Bruce Banner accidentally came in contact with gamma radiation that gave him his Incredible Hulk power.

Almost every superhero and super-villain got their astonishing transformative powers through an outside force (spider, serum, radiation). Ironically, research shows personal transformation happens primarily from the inside. Great leadership and feats are achieved not through external transformation, but internally. Yet, influenced by the media, we somehow keep looking for a "magical" spider-bite or silver bullet to drive our personal transformation.

Not surprisingly, businesses likewise, are all looking for that magical “spider-bite” that will transform. Many start their transformation by hiring a new CEO. Others opt to leave their “sunset” industries and leap into hot new markets. AOL and Time Warner decided to merge in the hope that combining two dinosaurs will result in a young tiger. Other businesses decide to introduce new products or copy ideas from outside to “transform” the organisation. Their transformative efforts generally fail.

Transformations Begin From the Inside

In 1996, Marvel reported a huge loss of US$464mil. On Oct 8, 1996, Marvel announced that it would violate specific bank loan covenants due to decreasing revenue and profits. A third of its work-force was fired. Then, on Dec 27, 1996, the publisher of Marvel Comics filed for Chapter 11 bankruptcy protection in New York. This was the final nail in Marvel’s coffin after years of looking externally for answers.

All of Marvel’s early attempts to transform itself were spent looking for the magical “spider-bite”. First, it believed the only way to transform was through acquisition and growing its value chain. It began with the acquisition of Hero’s World, a small comic distributor. Next up, Fleer and Skybox Trading, manufacturers of sports trading cards were acquired. Then, a string of acquisitions from Toy Biz, a designer and retailer of children’s toys to Panini Group, an Italian producer of sports and entertainment stickers to Welsh Publishing Group and Malibu Publishing.

Each acquisition got it further away from the transformation it so craved. It even went into the restaurant business with the set-up of Marvel Restaurants in the hope that it would be the “spider-bite” to transform the company. All to no avail.

So, how did Marvel finally transform itself? By 1999, Marvel finally decided to look inside. And by taking a hard look at itself, it found numerous hidden gems. One such gem it found came in the form of a web-slinging teenage misfit, a group of mutants and a scientist who turns green when he gets angry. Marvel had the most amazing collections of superheroes and super-villains, but had never realised the goldmine it was sitting on.

The Avengers, Spider-Man, Iron Man, Incredible Hulk, X-Men and super-villains like Venom, Loki, Dr Doom and others that accompanied the heroes were a large bed of comic celebrities that Marvel had ignored and under-leveraged for so many years. Marvel began to see its internal stable of more than 5,000 comic characters and stories, that many former readers of comic books felt a strong nostalgic attachment to (myself included), as an opportunity to transform itself.

It moved from being a comic-book franchise to a licensee of characters and stories, turning Marvel’s popular characters into movie stars. By 2005, Marvel made more than US$120mil in profits. All along, Marvel’s transformation story was inside the company. Yet, for many years, everyone at Marvel looked outside for that turnaround.

Are you Looking Inside or Outside?

It is the same for many organisations. Your transformation does not hinge on “spider-bites” from super consultants or getting a new CEO. Mergers generally don’t work. Deep inside your organisation are your hidden gems. And most of the time, these hidden gems seldom look like valuable assets. In fact, they are usually hidden right under our noses.

Take a long, hard look at your business for these valuable hidden assets and you will find them. A 10-year study by Bain & Co reveals that 75% of Fortune 500 companies “face the threat of extinction within a decade” unless they tap their “hidden assets… to redefine themselves.” Marvel’s resurrection shows that superheroes are not the only entities with hidden powers. Businesses have them, too, in the form of under-utilised or under-appreciated assets. The key is to discover these gems and leverage them as Marvel finally did.

But the same can be said about each of us individually. Within each of us lie hidden gems, including hidden talents and aspirations. Personal transformation actually starts from within. Instead, we all look for that magical spider that will change our lives. We buy diet programmes to transform our bodies. We look for that new something that will change our lives. Yet, all great leaders will tell you that greatness is within you. We just need to find it and leverage it fully.

Andrea Jung, CEO of Avon Products, took time reflecting, finding her hidden strengths and purpose before she transformed Avon and its mission from selling cosmetics to the empowerment of women. Howard Schultz created Starbucks from a self-reflection moment early in his childhood where he vowed to fix a wrong suffered by his father.

My friend Jamie Andrew, lost both his hands and legs in a mountain accident, but looked inside and found that he is capable of greatness. He has climbed mountains, done the Ironman triathlon and can juggle balls, without hands or legs. There was no spider-bite to transform. It was all from the inside.

So, how do we find these hidden gems in our organisations and ourselves? I suggest the following steps:

3. Take an inventory of your hidden assets – List down every single possible hidden asset. Often this involves going outside, talking to customers and employees. Many hidden assets are intangibles too. Watch this to learn how to undercover them

Years ago, a poor man named John was given a gift by his parents at his marriage, a painting. The man never really liked it but kept it in the house for 45 years until his parents’ death. He then gave the painting to the garbage disposal man, who decided to re-frame the painting as the framing was timeworn. At the frame shop, the shopowner spotted its value and informed the garbage disposal man that this painting was easily worth millions. He immediately sold it off and could not believe his luck.

For 45 years, John walked passed an amazing asset in his own house, yet never recognised it. In the end, he gave his hidden gem away, never benefiting from it. Inside each of us are such gems. Are we going to squander them and ultimately lose them like John? The same gems exist in our businesses. Do we know what they are? Don’t wait to be bitten by the radioactive spider. Transformation is inside you.

Roshan Thiran is passionate about transforming the nation through leadership development. He believes that inside everyone there is a goldmine of hidden potential waiting to be realised and his team at Leaderonomics work hard with children and adults helping them realise this potential.

Watch this video on insights from Roshan Thiran on reserve mentoring

To learn more on how you can make reverse mentoring a reality in your organisation, click here