Do You Seek Risks?

I recently was browsing a dictionary and I just happened to chance across the word ‘daring’ and I saw the above. I have always believed ‘being daring’ and taking risks was a huge part of being a leader and so I was surprised to see that daring not only means willing to take risk but also ‘seeking’ out risks.

In this current situation of COVID-19 and lock-downs, where everything is unpredictable and uncertain, many people are starting to play it safe – and play not to lose, rather than take the risk and play to win. I started recollecting key ‘success’ moments in my own life, and I soon realised that much of it was being recklessly brave and seeking out ‘danger’. In the process, success was achieved.

A key moment in my life when I took a huge risk was more than 20 years ago, returning to Malaysia to run an aviation business. I knew nothing about the aviation industry, but I knew that the business needed daring leadership to take it forward. Despite it being a highly regulated industry, we managed to transform the business by proactively pushing the boundaries.

Colin Powell once expressed his bold leadership as “‘You don’t know what you can get away with until you try.” Yet, in spite of a more level-playing field to be bold, daring and take risks, most young people do not take risks or even fight for what they believe in anymore. They prefer to remain in their comfort zone and preserve status quo, as long as their personal needs are met – regardless if they think differently. This passivity amongst leaders’ means there is less innovation and much more stress (as people suffer in silence).

Leaders like Gandhi, Helen Keller, Jeff Bezos, Jack Welch, and Nelson Mandela, stood out as they defied industry norms, social traditions and human beliefs and boldly fight for their ideas and causes. They stood up and the world became a better place for their brave, bold, risk-taking initiatives. Our country does not need status quo leaders. We need brave leaders willing to do things better and differently to make this world a better place.

At the turn of the 20th century, with motorcars booming, the gasoline-powered internal combustion engine in cars began to have issues with the fuel that it ran on. The engine ‘juddering’ condition became known as ‘knock’ or ‘ping’ and no solution could be found until Thomas Midgley developed tetra-ethyl lead (TEL) which contained lead but solved the car problem. Even at that time, lead was known to cause harmful effects in human blood, bones, and brains leading to lead poisoning. Yet, TEL became part of common life and cars.

For years, Midgley received numerous letters from distinguished scientists around the world, urging him to stop the ‘creeping and malicious poison’ of tetra-ethyl lead. Even in his own plant, people died and reporters started questioning General Motors (GM), the company Midgley worked for. Instead of creating a brave new world with TEL, Midgley instead held a press conference and sniffed the fluid and soaked his hands in it, proving that it was not dangerous. He loved the status quo and intended to keep it.

During that time, Midgley took a prolonged vacation to cure himself of lead poisoning, writing in his journal that, “after about a year’s work in organic lead, I find that my lungs have been affected and that it is necessary to drop all work and get a large supply of fresh air.” He went to Florida for a break, yet upon his return, did not change the status quo. Seventeen years later, he would go on to win awards. Yet, millions of people would indirectly die because Midgley was ‘just doing his job’, so he and his bosses could retain status quo and turn in a tidy profit.

Are you a leader like Midgley? Ignoring the need to change and defending the status quo to ensure maximisation of profit? Midgley did not rest with lead usage only. He later did the same thing by pushing CFCs and may have single-handedly caused our ozone issue to be magnified many times over. But there are many leaders like Midgley who do not stand up to be counted.

Do you stand up to people like Midgley or allow them to continue to destroy lives and the earth? Great leaders are bold and daring. They decide to stand up and be different. They take risks. They never let status quo stand in the way of achieving their higher calling.

People tend to follow charismatic leaders. But charisma fades and it is usually the brave and daring leaders who inspire their followers to fight for the cause. These daring leaders have the courage to accept that leadership is not about them, but rather about fulfilling their calling and creating a shared purpose for all. They do not worry about their personal gains but work collectively for the achievement of this shared purpose.

So, how does one become a daring leader?
Developing boldness

Learning to be daring takes time. Here are some steps you can take to learn to be daring:

1. Have a clear purpose

Be clear about your higher calling. What is the cause you are championing? Be clear about why you are leading and what you are leading. You cannot be daring if you are not clear what you are combating for. Keep this purpose seated deep within you and you will see how it makes you a much more daring person. I am usually a relatively timid person but when there is a higher calling, I have done things that would even surprise me.

James Neil Hollingworth once claimed that “courage is not the absence of fear, but rather the judgment that something else is more important than fear.” Most of us live lives of fear, trying to please everyone around us. Ask yourself if the fear you have is valid. Then ask yourself what is the worst that would happen if we were brave and did what we wish to do. You will be surprised that many times, our biggest fear is the worry of what others may think of us and not tangible “fearsome” issues.

Read Next: How to Handle Fear as a New Leader in Challenging Times

John Wooden exclaimed, “If you’re not making mistakes, then you’re not doing anything.” All through my life, I have made mistakes but these mistakes enabled me to come up with new ideas and breakthroughs. I read somewhere that “mistakes are not failures, they are simply the process of eliminating ways that won’t work in order to come closer to the ways that will.” We all fail. By convincing yourself that even if you fail, you will grow, your capacity to take risks and be daring will grow exponentially.

4. Be a critical thinker

Question everything. When I was younger, I hardly questioned what I said. Part of being brave is to know when to take action and when to remain silent. If you cannot ask the right questions and critically analyse situations, you are unlikely to be able to have an opinion and be daring enough to defend that opinion, or have the boldness to disagree with others.

Read Also: It's Time to Challenge Your Critical Thinking Skills for the Future of Work

5. Be a heretic. You don’t always need permission

Don’t always ask for permission. Sometimes it is better to do and then apologise if it does not materialise as planned. Saying sorry is another critical part of being a daring leader. You need to do it often. Today’s environment requires many heretics to help your business to move forward with new business models, new ways of work, and new means to scale your organisation.

Always admit to mistakes, apologise, be clear why you failed, fix issues that may have been created by the mistakes and go ahead and try again. Being a heretic means that you remain unreasonable in wanting to change the world.

Most babies do not walk on their first try. They all fall trying. My son was the same. Yet, he did not fear trying again and again till he succeeded. In fact, most of us learned to walk as toddlers and there was no fear in us. We dared to walk. And we later dared to be brave enough to ride a bicycle. But why are we scared now? Why are we afraid to be the daring leader we were meant to be and ‘change the world’ in the process? COVID-19 may very well be the opportunity to disband the status quo and move to a new you.
There is so much potential in each of us to make a significant difference in this world. All it takes is an ounce of bravery. Take risks. Don’t play not to lose – go on and play to win!

Digital infrastructure is critical to successful project management. To learn more about how you can implement some of these great tools in your workplace, click here or email info@leaderonomics.com 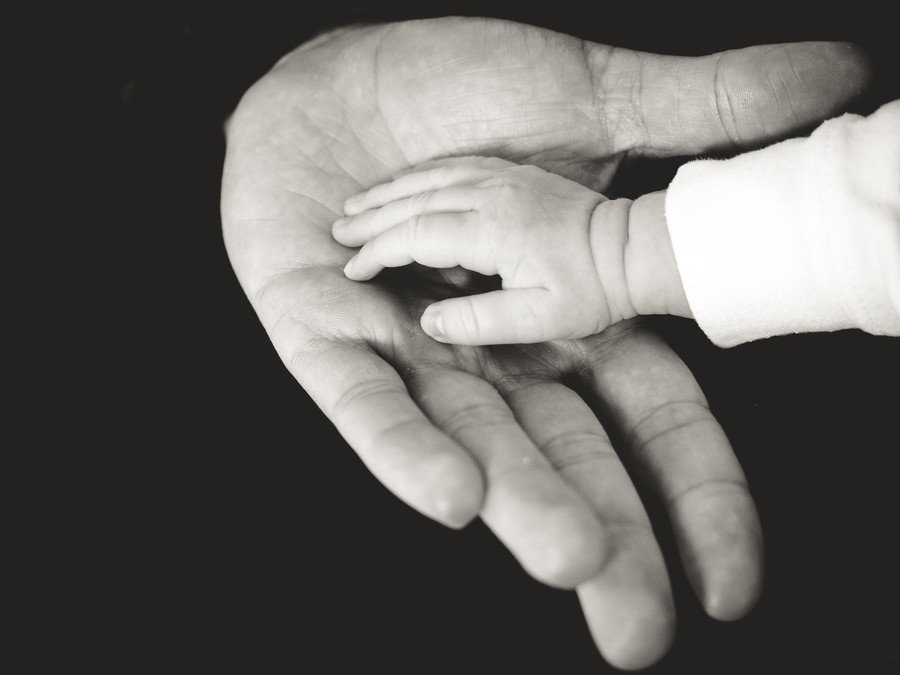 The Power of Faith in Leadership