His love affair with food and cooking has set Benjamin Yong, the Group CEO of The BIG Group, up for a successful rendezvous with the gourmet and dining business.

His ingenuous tagline Building relationships through food, has been the cornerstone for his gourmet business; to whip up the appetite of his customers in a cosy and warm ambience.

Yong’s passion for the gourmet explains why he also doubles up as the chief eating officer for the BIG Group. He is probably the one and only in the country to hold that enviable position.

In an up close and personal interview with the 36-year old food connoisseur, it is not difficult to understand how successful entrepreneurs must be emboldened by their zest and enthusiasm in order to achieve unique feats no matter the degree of challenges.

As the saying goes: Willpower can move mountains if it is accompanied by determination and the right effort.

Despite seeing an earlier quick service concept venture “fail spectacularly”, Yong made good of his passion and childhood dream to own a stable of renowned restaurants.

It is not surprising that food is a subject that he finds most intriguing and never fails to perk him up.

At the last count, he has 26 BIG restaurants, cafés, stores and bars; a show of the burly restaurateur’s indefatigable stamina to make good his passion. This is no small feat considering his first restaurant only opened for business less than three years back.

It wasn’t all smooth sailing for the Bachelor of Arts graduate from Melbourne as he has his fair share of setbacks when he first ventured into the business.

The blessings and pointers from his parents who were both successful entrepreneurs in their own right did not spare Yong from having to learn first hand the trials and tribulations all entrepreneurs have to encounter.

His attempt to introduce a quick service food concept, d’lish, “failed spectacularly,” jolting him out of his comfort zone. Yong blames the failed venture on “not understanding the perception of currency value”.

“At that time I didn’t realise that paying £2 for a sandwich is quite different from paying RM10, because it involves value proposition perception! It was a multi-million ringgit mistake,” Yong shares with myStarjob.com.

Elaborating, he says d’lish located in Bangsar Village I was modelled after a quick service sandwich bar in the UK but the business did not take off according to plan.

“It was just a case of realising the concept and price points were wrong. We had to scramble to salvage the situation. It took us a whole two years to turn the venture around.”

He recalls of the early struggles: “Often I get over excited about an idea and don’t think things through. I suppose I didn’t really know or understand the concept of failure. I was young and dumb and had no fear.

“The Chinese have a saying: em chee sei, which literally means foolhardy bravery, and I think there is a lot of truth in that,” he recalls sheepishly.

Yong says hopefully, it was a lesson well learned and that he won’t make the same mistakes all over again.

“Failure keeps us grounded and peels out our arrogance. It reminds us that none of us are invincible and are actually susceptible to making mistakes. It is in fact rather humbling and provides the invaluable lesson that what doesn’t kill us actually makes us stronger.”

That should explain Yong’s fearlessness of failure. “Have no fear of failing, keep trying till you know you’ve done your best. The onus is to learn to dream BIG but to take small steps first. Learn to walk before you run so to speak.”

His love affair with cooking and food began in his childhood kitchen watching his mother and her good friend cook. It is no wonder that the impressionable teenager took to cooking like fish to swimming.

Yong says his first real test of cooking was his carrot cake.

“As simple as the recipe was, it kept coming out wrong – forgot salt lah, then temperature wrong lah. It took me at least six attempts but I just kept at it when I was about 11. Ha ha, who knows, perhaps if I had given up the baking attempt, I would never had ventured into the business I am in now. Things have a very funny way of working themselves out,” he recollects with amusement.

By the time he turned 13, Yong was baking and selling carrot cakes to cafés around Kuala Lumpur.

He continued his cooking adventure in his Melbourne high school café. Upon returning home, he was all ready to kick start his first restaurant with his mother as his running mate.

Admitting that he had liked trading as a kid, he didn’t realise then that it could become his true calling. “In many ways, I am what you would call an accidental entrepreneur,” he muses.

His guiding principle is that food should be fun. “Food and lifestyle goes hand-in-hand and people should enjoy their food in a relaxed and comfortable environment.”

Yong’s interest in graphic design came in handy as he personally looked into the finer details of his restaurant’s interior design.

Believing that details are in the design of all things beautiful, his “bigger goal” is to provide a warm and memorable dining experience for his customers.

His early success with the palate was when he founded Delicious in 2004.Just about three years into opening his first eatery, the E&O Group bought a 51% stake in Delicious for some RM3mil in April 2007. In mid-2010, Yong sold his remaining 49% share to E&O for a handsome RM8mil.

Selling out from Delicious was just the beginning for Yong in his “food saga” which later expanded to the supermarket grocery business. BIG also owns and operates Ben’s Independent Grocer which is the anchor tenant at Publika, Solaris Dutamas, Kuala Lumpur.

Yong admits he is a fairly stubborn character and believes in challenging himself to test his own limits to prove that things can be done differently.

“I always like to test the status quo of doing things. As long as at the end of the day I can retire to bed in peace and live life without regret, I believe in making decisions that will not affect (too many) other people in general,” he says.

This must have something to do with his admiration for Sir Richard Branson, the founder of the Virgin Group, and his philosophy on life that there are no boundaries (to hold one back).

“Everything is worth a try or at least exploring to Branson, and that can be very self-empowering,” Yong points out.

He also found inspiration in his parents “for their passion in their trade and family”.

Asked whether he is happy with his achievement, Yong beams with a happy grin.

“Happy but not contented. I feel there is so much more to do here in Malaysia and whilst the world is getting smaller, the opportunities are merely getting more exciting,” he says.

Going forward, Yong aspires to expand his collection of restaurants internationally, beginning with Singapore. The plan is to open more Ben’s and Plan b restaurants across the causeway. And other countries may follow suit.

“We are only at the beginning of our business venture and there is plenty more to learn and to do. The world is large and opportunities abound. We just need to keep expanding our horizons,” he beams. 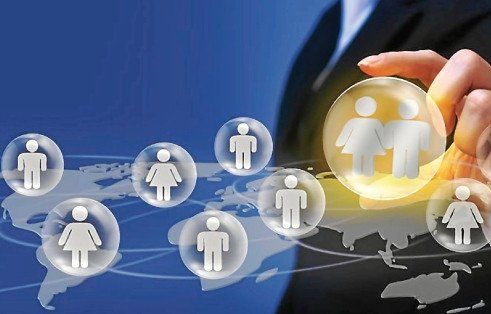 Psychometric Testing And The War For Talent