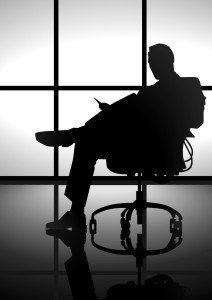 How we choose to spend our time has a direct impact on our level of productivity. Everyone has a daily ritual that they follow. Being efficient is usually associated with having a daily routine that is clear, organised and incorporates the most important things of the day.

In conjunction with this, let us take a look at some daily, common habits which are practised by renowned CEOs.

They are early risers

The founding father of America, Benjamin Franklin started a trend with this saying: “Early to bed and early to rise, makes a man healthy, wealthy and wise.” He would wake up at 5am daily and ask himself, “What good shall I do this day?”

Across the globe, many CEOs are up by 4.30am to 5am and the snooze button doesn’t exist in their dictionaries. The quiet, peaceful moments in the wee hours help them set their priorities and goals for the day and for the long-term.

According to the New York Times, Disney CEO Robert Iger gets up at 4.30 am every morning and uses the quiet time to read the papers, check his e-mails, listen to music and watch TV all at once. It may still be early but he’s already multitasking.

They believe in meditation

Taking time off your hectic schedule to just sit, relax and meditate can work wonders to your stress level, blood pressure and longevity.

CEOs like Oprah Winfrey and Rupert Murdoch set aside a few minutes of their time to meditate and it goes a long way in helping them reflect and keep things in perspective.

Roger Berkowitz, CEO of Legal Sea Foods, a Boston-based seafood restaurant group, stated in an interview with Inc. Magazine that meditating is an important part of his daily activities.

“The first thing I do in the morning is retreat to my den and meditate,” he says.

“I meditate twice a day for 20 minutes, closing my eyes, clearing my mind, and repeating my mantra until I’m in a semiconscious state.

“Sometimes, I’m wrestling with an issue before meditation, and afterward the answer is suddenly clear.”

The best time to work out is in the morning and since many successful CEOs are up early, this is one of the first activities that kick starts their day.

Besides helping them stay fit, trim and healthy, exercising helps them be better leaders.

Apple’s CEO, Tim Cook, hits the gym at 5am in the morning for a full-fledged workout before starting his day, according to the Business Insider.

This perhaps explains how he has the energy to put in long hours into his work by being the first one in the office and the last one out.

They keep a systematic to-do-list

With a lot of things on their plates and having to multi-task almost all the time, this is considered to be one of the most important activities that keeps these leaders’ lives less complicated.

These lists prevent them from missing out on meeting people or matters that do not need quick attention.

These matters may not seem important but have to be attended to eventually. Putting them on the list will ensure that they do not get forgotten.

Barbara Ann Corcoran, an American businesswoman, investor, speaker, consultant, syndicated columnist, author, and television personality advises one to rank items on a to-do list so that the most important items actually get done.

They slice down the amount of meetings

Productive CEOs are always cutting back on meetings because they are aware that most face-to-face meetings are unnecessary and take up a lot of their time which can be used to increase productivity in other ways.

They use other forms of communication such as e-mails, conference calls or even a simple text message to get their messages across in a faster manner.

They are also known to stick to the allocated time during a meeting without dragging it for the whole day.

“Meetings are a waste of time unless you are closing a deal,” says Mark Cuban, an American business magnate, investor and philanthropist.

Cuban is the owner of the National Basketball Association’s Dallas Mavericks, Landmark Theatres, and Magnolia Pictures, as well as the chairman of the HDTV cable network AXS TV.

“There are so many ways to communicate in real time or asynchronously that any meeting you actually sit for should have a duration and set outcome before you agree to go,” he concludes.

Prema Jayabalan is part of the Digital Learning team at Leaderonomics. As a travel enthusiast who loves connecting with people from all walks of life, Prema believes that everything thrown to us by life enhances our development, hence she loves the fact that the Leaderonomics Digital Learning platform provides an avenue for people to gather valuable insights that will enable them to grow in their professional and personal domains.