Courage Is Never Having To Ask “What If?” 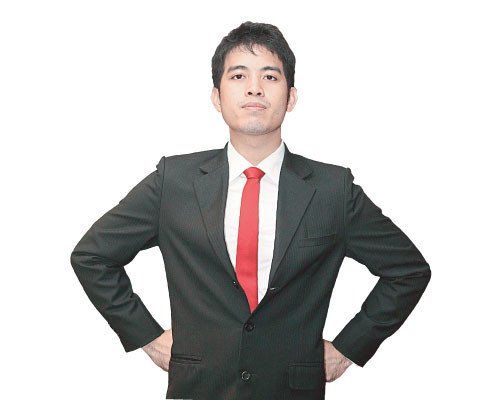 “Courage” seems to be a big word that many seem to misunderstand. The mere mention of the word “courage” sends us conjuring up images of action movies such asBraveheart, 300 or perhaps The Lord of the Rings.

It escapes many people to believe that great examples of courage do not require a film viewing or a distant look into history. Most of what we know about courage is based on fantastic adventure tales, battles and conquests.

Unfortunately, not much applies to how we live our lives everyday and perhaps accounts for that missing sense of adventure in our lives.

The truth of the matter is that great examples of “courage” can be found simply by listening to the stories of our forebearers.

In the early 60s, my mother left the Philippines on a plane bound for New Jersey, the United States to seek a better life as a registered nurse. It was her first time flying on an aeroplane. She was 18 years old and alone.

The experience must have been terrifying, to think that those metal objects could actually fly. Terrifying to “not know” the life that awaited her when she landed. She got over it. She worked as a nurse for a few years, met someone and got engaged.

She took another flight back to the Philippines to tell her parents about their plans. On a stopover from Narita-Japan to Manila, her story took a twist when she met a dashing gentleman who insisted on sitting next to her on the plane.

Persistent as he was in getting her address, she resisted. When they landed, her luggage was missing, only to have the dashing debonair rush to her aid to assure her that she would get her luggage. He offered to take care of everything.

He would use all of his contacts (being a hotshot executive) and get to the bottom of things and soon enough, her luggage was delivered to her house personally!

The luggage was found after a few days and the dashing debonair gentleman was at the front door of her house in a Buick Riviera to deliver it. They fell in love in a whirlwind romance.

She broke off her previous engagement and never went back to the United States until they got married in 1968.

My father was the gentleman who later revealed to me that he had bribed the luggage handlers to keep my mother’s luggage so that he could get her address.

The “other” man who my mother was supposed to marry never married, went into depression and died lonely in Canada.

Now I am writing this article and sharing it with thousands to honour her because:

1. Someone took the courage as a woman to think across borders and go beyond the norms, to get an education and to work abroad at the age of 18.

2. Someone took the courage to get on a plane, not knowing what kind of life awaited her when she landed.

3. Someone took the courage to fall in love. To follow her heart and build a life over again, and so here I am…

Courage does not always have to look like blazing guns and flashing swords. Apparently “courage” seems more like a tipping point towards a difficult decision.

It is easy to recognise courage with its brilliant displays, but it is more difficult to recognise it in moments where courage seems to be missing.

When I was in college in the United States, I took a bus from the Eastside to the Upper Westside. Living on 1st Avenue, we were the first stop on the bus’ route. There was a girl I had a crush on and she got on at the second stop every weekday and got off near Julliard, near the Lincoln Center.

I stayed on the bus an extra stop to just to see her get off the bus. My stop was actually before hers. It was like that every day.

I sat in the same spot just so I could sit across from her. I would have lingering thoughts of her even hours after she got off the bus. I would memorise how her hair looked and what she wore.

As much as I wanted to engage her, I always thought to myself: perhaps tomorrow. School broke for the summer and I never saw her again. I said to myself, “someday”.

A few friends came over to my apartment on a Friday and told me to pack my stuff for a weekend in Fire Island. I went and as we were hanging out by the beach, the girl was there a few metres in front of me with her friends sun-bathing!

I said to myself, that “someday” has arrived but I relented. I even gathered her name “Danielle” as her friends were talking to her. I told myself, I’d wait till her friends leave.

The window opened! But alas! Courage was not there. Instead, I found courage’s bedfellow: fear. The moment never surfaced again. Never again! And I found myself struggling with the question “What if?”. Having courage is never having to ask “What If?”.

In 1996 I found myself in a situation that could only be described in today’s language as: “It’s complicated”. I met a girl and fell in love, but she didn’t know it yet.

This time I was not going to let the moment pass. I’d make a move. Though I didn’t know what to say, I said I’d write a letter to her instead. Write I did with a poem by Archibald McLeish Not Marble Nor the Gilded Moments.

She didn’t get all the similes but I did get a date. We fell in love and got married. We have three kids and a home. This is what I learned from the second experience.

Courage is not the absence of fear but the ability to work through the fears and the accompanying anxieties that come with the situation of an unknown result.

Courage is never having to ask “What if?” and punching through the membrane to know the end results.

Fear is present, but with passion, desire, belief and experience, we can muster the courage to push our fears aside and penetrate the barriers that separate us from our desired future or result.

In 2001, I left the comforts of my father’s business to work with a UN Agency called the International Labour Organisation. I worked under a specialist on enterprise development, helping young people get started in business through entrepreneurial training and financial support.

It took a lot of courage for me to leave the family business into something unknown. But if I had not, I would not have the opportunity to travel to different continents to share my expertise. I would have never gotten the opportunity to look through hundreds of business plans per month and now teach and coach companies about planning.

What was the feared unknown has turned into my career for 13 years. I branched out from business planning, strategic planning, project management and economic planning.

There were times I was taken to highly militarised zones and escorted by pick-up loads of armed men.

Sometimes I flew in private planes! I have walked through the dark streets of the urban slums and the fecal matter-riddled dirt streets of rural India where water was difficult to obtain.

I have walked, advised and lectured in the highest boardrooms and I have walked 15km off-road across mountains for fieldwork.

Sometimes, I had to go to the bathroom where there wasn’t any. Each time, there was risk and fear. And each time it takes a little bit more “courage”.

With that I was invited to speak in front of a high-school class about courage, and for the first time in years I was afraid. It was a very unfamiliar audience and so I shared the very same stories I’m telling you today.

A constant bedfellow fear is to courage, but here I am today telling you about it. Never have to ask “What if?” I owe it to my parents and my family who supported me through our life’s adventure and misadventure.

Still a life worth lived with not too many moments of saying “What if?”. Take courage along with the things you already have with you: talent, skill, encouragement, purpose, passion, and belief and you can live a life without regrets.

Take inventory of what you have right now and some of those things that I said and build a plan based on it.

You will find that courage is that final tipping point in making your most important decisions. Look back at where you came from, look at the things you have on hand, and then take courage to look forward into a life of adventure.

John Walter Baybay is a regional management consultant who has worked for more than 17 years in corporate strategic planning and economic planning. He is a competitive athlete who balances his time between business coaching, family and working with communities. You can contact him at editor@leaderonomics.com. Click here for more Be A Leader articles!

Habits Of Mind: Interview with Dr Bena Kallick on the Leaderonomics Show