What I Learnt Complimenting Everybody I Met for One Day 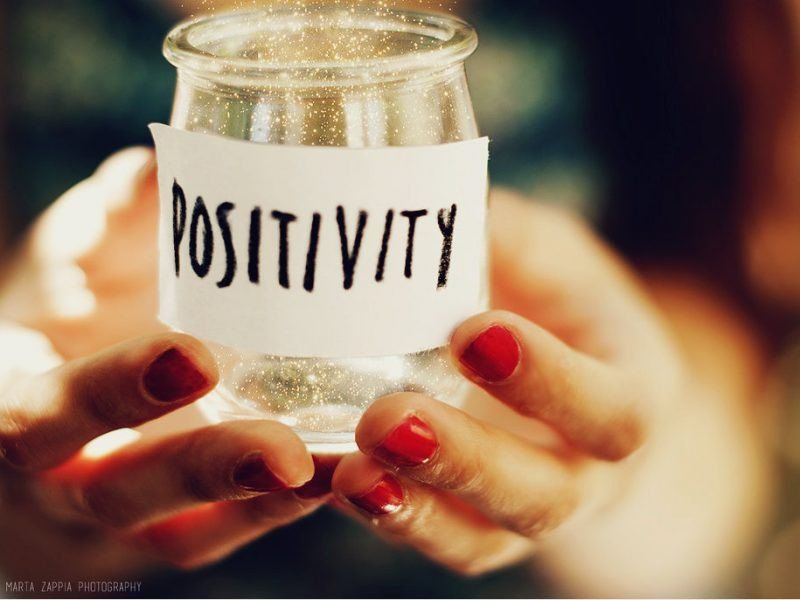 How spreading positivity can help you make someone’s day

So in the spirit of challenging myself (like when I was foolish enough to attempt 5,000 push-ups in one day), I decided I would compliment everyone I ran into for an entire day

– even just in passing, whether I knew them or not, whether it seemed socially appropriate or not and regardless of whether or not I could think of something (anything) on which I could compliment them.

While that might sound easier than doing 5,000 push-ups, for me it wasn’t. I’m fairly shy and don’t go out of my way to speak to people I don’t know.

(You might even argue that I go out of my way not to speak to people I don’t know.)

And here’s how that little experiment went.

Challenges work best when you impose structure, helping you stay on track and reducing the temptation to lose resolve that you should change your goal midstream.

For this challenge, the structure was simple:

The first few were really easy.

I was rolling the rubbish out to the street and saw my neighbour. She has a great collection of plants and flowers, so I said: “I’m always impressed by how beautiful your plants are. You have a real gift.”

Her face lit up. I don’t think I made her day, but I do think I helped get her day off to a good start.

Then I went for a quick walk on the beach.

Since it’s autumn, many of the people I met were walking their dogs or throwing balls into the surf for them to retrieve.

“You have a beautiful dog,” I said to the first one. He smiled and I realised I had complimented his dog, not him. Although many dog owners don’t see a difference.

So, I followed up with, “She always seems so happy. You must take really good care of her.”

He beamed and I realised I was right – complimenting a person’s dog (or child or car or whatever) is nice, but making the compliment personal makes a bigger impact.

So, that’s what I did. I told one man he had done an amazing job training his dog. I complimented a lady on what a great job she did grooming her dog.

I felt pretty smug. Complimenting people was easier than I thought.

Then, off in the distance, I saw a fit, pretty, 20-something young woman headed my way. No dog. No third person-ish thing to compliment. Uh-oh.

I didn’t want to be that guy, that older guy who goes around randomly complimenting young women and comes off creepy and, well, icky.

I started to walk slower. I was thinking furiously but had nothing.

Then, from about 20 feet away, she made eye contact and smiled; not a half smile, not an automatic “good morning” smile, but a big, genuine smile.

I smiled back and said, “Thanks.”

“Lots of times when I’m walking people don’t even make eye contact. I’ve always thought that was kind of rude. You seeming so happy and saying ‘hi’ was really nice.”

She smiled even bigger and said, “How could I not be happy when I’m out here? Have a great day.”

I know, what I came up with was pretty lame. But I like to think she walked away feeling good about herself, if only for a moment or two, which was the whole point of the exercise.

And I felt pretty good about myself, too, at least until I later led with, “Your daughter is really cute,” only to be told, “Thank you, but he’s a boy.” 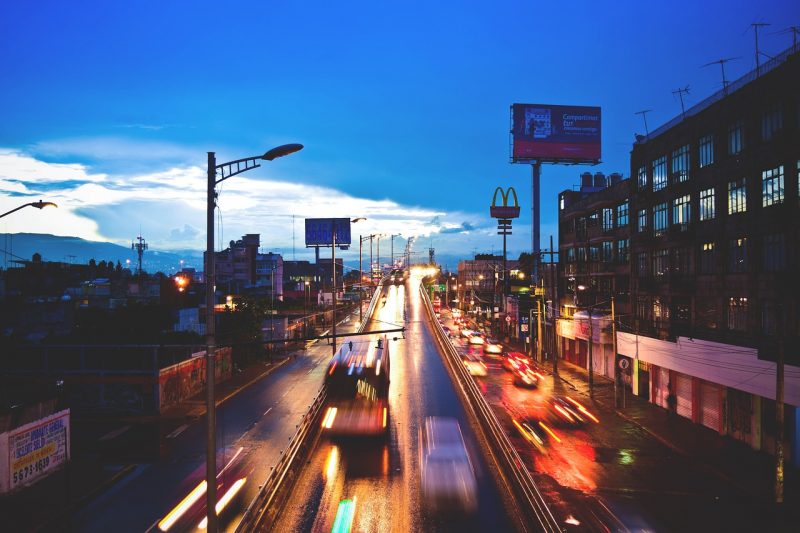 Except for a few miscues, by this point I was rolling. I had learnt to quickly size people up and pick out something obvious to compliment: how they cared for their animals, how they landscaped their yards, even how they dressed.

Yep, I even managed to whip out a, “That is such a pretty sweater – I wish I had your fashion sense.” (And to my surprise, she took it well.)

Then I went to the grocery store.

And let’s just say that no one in a grocery store expects you to walk by and compliment them – not even the people who work there.

And let’s just say that, “Wow, you picked the perfect melon,” isn’t the right way to go.

And neither is, “You look like you’re on a mission. You seem extremely well organised.”

And “I wish I was as good at choosing the right steaks as you are” falls pretty flat.

And I wanted to give up. In some settings, it seemed, compliments are not just unexpected but also unwanted.

That’s what I did. I was in the seafood section and made eye contact with a 30-something woman. She didn’t smile or nod (gulp!) but I forged ahead.

“I’m terrible at picking the right piece of salmon,” I said. “Can I bother you for a second and ask you to help me?” And she did. She actually seemed to enjoy it.

And I got to say, “I really appreciate it. Thanks for helping me, and for being so nice.”

So while I did have a couple tough moments, especially when I was standing in the checkout line.

Behind an extremely frazzled father with three borderline out of control kids – the last thing he seemed to want was a random compliment – I made it out of the grocery store and through the parking lot with my compliment streak intact.

But I do have to admit I was relieved to get back in the car.

Dumb move number two – I went to the gym.

On one hand, it was easier: most people wear headphones when they work out, so that eliminated them from my challenge.

On the other hand, moving from bench to squat rack to machines to free weights meant at some point I ran into almost everyone who was at the gym.

One guy was benching 325 pounds for reps. Easy compliment. A woman was doing a split and then laying all the way forward on the mat. Another easy compliment.

A guy jumped in and helped an apparent newcomer with his form on squats; presumptuous, yes, but also kind, since the way the guy was bending his back was a recipe for injury.

When I ran into the Good Samaritan a few minutes later it was easy for me to say, “That was really nice of you to help him out.”

Then I found myself doing pull-downs near a guy doing seated rows. And I had nothing.

Then I noticed the tattoo on his forearm.

And I was in. “I really like your tattoo,” I said.

He smiled, said thanks, and then spent the next five minutes talking all about it: where he got it, how he came up with the design, what it means to him.

I realised that sometimes the easiest thing to compliment is the thing that people seem to want you to notice or are obviously proud of: a tattoo, a piercing, an unusual hair colour, a Porsche, a tricked-out truck.

Almost everyone has something they do or say or wear that they feel represents who they are inside. All you have to do is look for it. 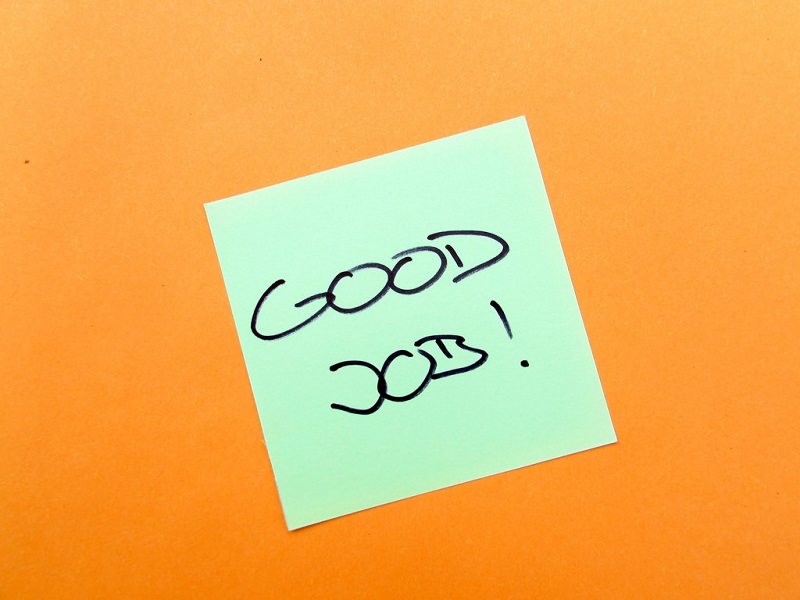 I can’t say it was easy. Complimenting every person I ran into got easier, but never easy.

It’s not hard to compliment people you meet who are doing their jobs – shopkeepers, managers, front-desk people at the gym. Saying thanks and telling them they did something well is fairly easy.

All you have to do is remember to do it.

Complimenting “random” people is harder but surprisingly rewarding. It was fun to watch people’s faces light up.

You’ll think so, too. Every day, people around you do good things. Most of those people don’t work for you; in fact, most of them have no relationship with you, professional or personal.

Compliment them on the thing they would least expect.

Complimenting people who try something different can also be hard. Do it anyway. Status quo is often status safe.

Taking a risk, however small, is hard, especially if you’re insecure. Insecurity feeds off silence, so mention when you see someone trying something different. Compliment the effort. Praise the risk.

Even if what they try doesn’t work, they will know you noticed, and everyone likes to be noticed. And they’ll know, regardless of how it turns out, that you respect them for trying.

Most of all, make the compliment personal. Compliment what the person did to achieve a certain outcome, not the outcome itself.

And never be afraid to ask for help, because the act of asking is a compliment in itself, which then gives you the chance to praise someone for his or her knowledge and skill.

Give it a try. Commit to complimenting five people today, or 10, or nearly everyone you meet.

It’s not easy, but I promise you’ll make the day brighter for at least a few people, and you’ll learn a little something about yourself, too.

Jeff Haden is an author of more than 50 nonfiction books and ghostwriter for innovators and business leaders. To engage with him, email us at editor@leaderonomics.com 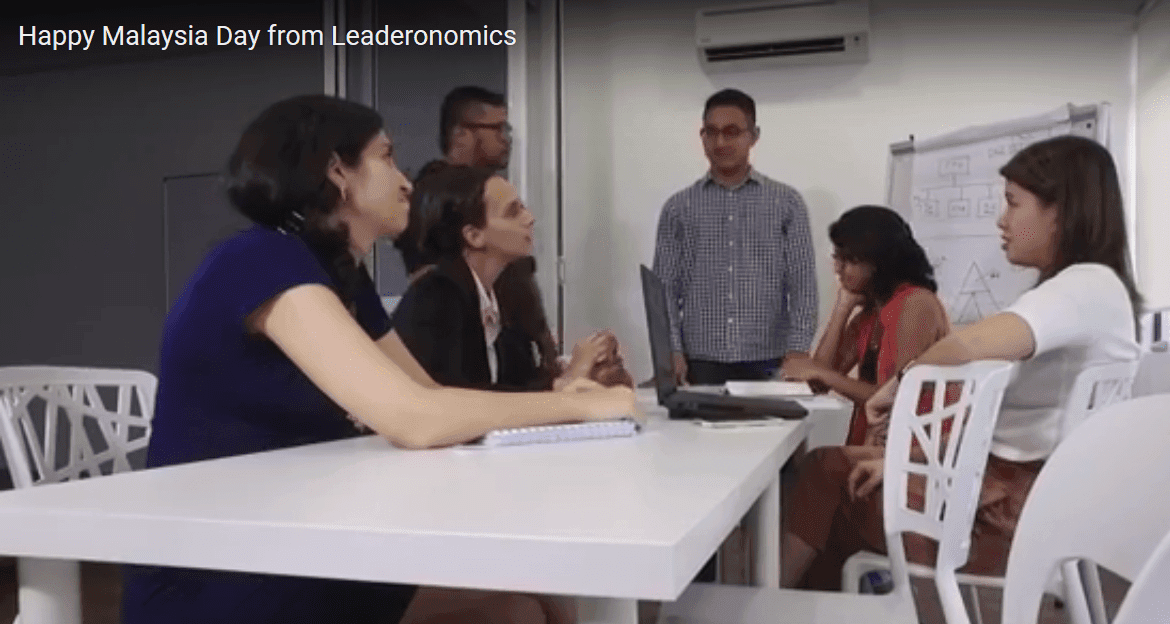 Happy Malaysia Day From All Of Us At Leaderonomics!