Are You A Class Clown Or A Wallflower? 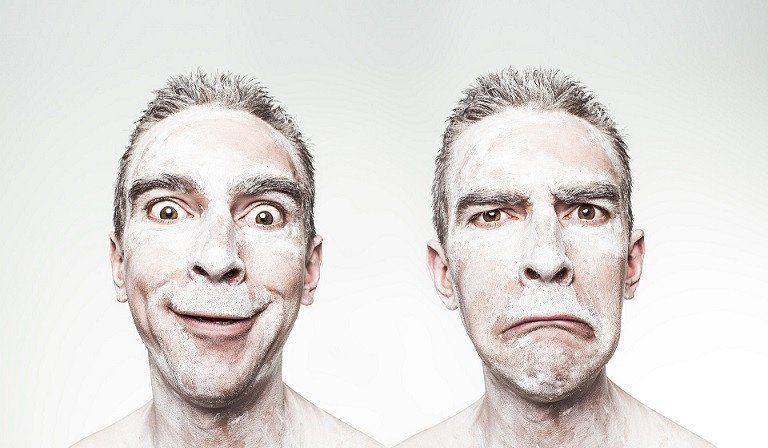 You could very well be an ambivert

I am sure you’ve been asked many times whether you’re an introvert or an extrovert. For some people, it’s an easy choice, but for most of us, it’s difficult to choose one way or the other.

It’s hard to choose because the introvert and extrovert dichotomy reflects a tired and outdated view of personality. Personality traits exist along a continuum, and the vast majority of us aren’t introverts or extroverts; rather, we fall somewhere in the middle.

Personality consists of a stable set of preferences and tendencies through which we approach the world. Personality traits form at an early age and are fixed by early adulthood.
Many important things about you change over the course of your lifetime, but your personality isn’t one of them.

Always be yourself, express yourself, have faith in yourself, do not go out and look for a successful personality and duplicate it. —Bruce Lee

The continuum between introversion and extroversion captures one of the most important personality traits. It’s troubling that we’re encouraged to categorise ourselves one way or the other because there are critical strengths and weaknesses commonly associated with each type.

Adam Grant, a professor of management and psychology from the Wharton School of the University of Pennsylvania, set out to study this phenomenon, and his findings are fascinating.

First, he found that two-thirds of people don’t strongly identify as introverts or extroverts. These people (aka, the vast majority of us) are called ambiverts, who have both introverted and extroverted tendencies. The direction ambiverts lean toward varies greatly, depending on the situation.

Think of introversion and extroversion as a spectrum, with ambiversion lying somewhere in the middle. (See Figure 1.) 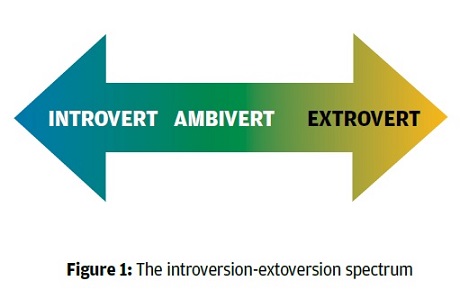 How ambiversion helps at work

Ambiverts have a distinct advantage over true introverts and extroverts. Because their personality doesn’t lean too heavily in either direction, they have a much easier time adjusting their approach to people based on the situation. This enables them to connect more easily and more deeply, with a wider variety of people.

Grant’s research also disproved the powerful and widely held notion that the best-performing salespeople are extroverts. He found that ambiverts’ greater social flexibility enabled them to outsell all other groups, moving 51% more product per hour than the average salesperson. Notice how sales increased as extroversion increased, peaking with those who were just moderately extroverted. (See Figure 2.) 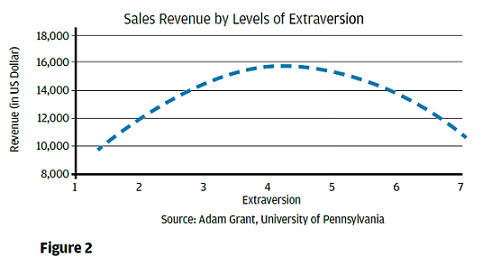 Grant explained the finding this way: “Because they naturally engage in a flexible pattern of talking and listening, ambiverts are likely to express sufficient assertiveness and enthusiasm to persuade and close a sale, but are more inclined to listen to customers’ interests and less vulnerable to appearing too excited or overconfident.”

How ambiversion works in the brain

How social you are, is largely driven by dopamine, the brain’s feel-good hormone. We all have different levels of dopamine-fuelled stimulation in the neocortex (the area of the brain that is responsible for higher mental functions such as language and conscious thought).

Those who naturally have high levels of stimulation tend to be introverts; they try and avoid any extra social stimulation that might make them feel anxious or overwhelmed.

Most people’s level of natural stimulation don’t reach great extremes, though it does fluctuate. Sometimes you may feel the need to seek out stimulation, while other times, you may avoid it.

Finding out whether you’re an ambivert

It’s important to pin down where you fall in the introversion/extroversion scale. By increasing the awareness of your type, you can develop a better sense of your tendencies and play to your strengths.

If you think that you might be an ambivert, but aren’t certain, see how many of the following statements apply to you. If most of them apply, you’re most likely an ambivert.

The trick to being an ambivert is knowing when to force yourself to lean toward one side of the spectrum when it isn’t happening naturally. For example, at a networking event, a self-aware ambivert will lean toward the extroverted side of the scale, even when it has been a long day and he or she has had enough of people. Mismatching your approach to the situation can be frustrating, ineffective, and demoralising for ambiverts.

A research has been conducted with over a million people and it was found that those in the upper echelon of performance at work also tend to be highly self-aware (90 percent of them, in fact).

By gaining a better sense of where you fall on the introversion/extroversion scale, you can build insight into your tendencies and preferences, which increases your self-awareness and emotional intelligence. This will help you improve your performance.

Dr Travis Bradberry is the award-winning co-author of the #1 bestselling book, Emotional Intelligence 2.0, and the co-founder of TalentSmart, the world’s leading provider of emotional intelligence tests and training, serving more than 75% of Fortune 500 companies. His bestselling books have been translated into 25 languages and are available in more than 150 countries. Dr. Bradberry has written for, or have been covered by, Newsweek, BusinessWeek, Fortune, Forbes, Fast Company, Inc., USA Today, The Wall Street Journal, The Washington Post, and The Harvard Business Review.  To learn how to work with emotional intelligence, write in to training@leaderonomics.com. For more Brain Bulletins, click here.

Raise Your Game: The Usage Of Intuition And Gut In Leadership