Advice For Success From Successful Women 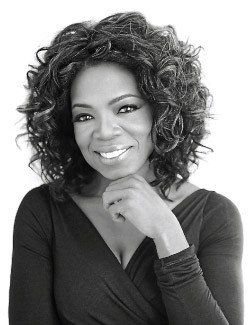 What I know for sure is that if you want success, you can’t make success your goal. The key is not to worry about being successful, but to instead work toward being significant, and the success will naturally follow. — Oprah Winfrey

She brought to life to one of the highest-rated programmes of its kind in history, “The Oprah Winfrey Show”. As of Sept 2013, Forbes estimates television personality and entrepreneur Oprah Winfrey’s net worth at $2.9bil.

As North America’s only African-American billionaire, Winfrey also takes top spot in Forbes’ 2013 list of the most powerful celebrities.

Life however, was not a bed of roses for Winfrey. She was born into poverty and faced a stream of obstacles and challenges in life. Sheer determination led her to becoming the icon she is today. She is looked up by many people from all walks of life, throughout the world.

When one door of happiness closes, another opens; but often we look so long at the closed door that we do not see the one which has been opened for us.— Helen Keller

Author, political activist and lecturer Helen Adams Keller was deaf and blind, but this didn’t stop her from making the most of her life.

An outspoken woman who stood strong and campaigned for women’s labour rights, she was also an active member of the Socialist Party of America and the Industrial Workers of the World.

On the 100th anniversary of Keller’s birthday, which falls on June 27, President Jimmy Carter commemorated her birthday as Helen Keller Day in the state of Pennsylvania through a presidential proclamation.

If you are humble nothing will touch you, neither praise nor disgrace, because you know what you are.— Mother Teresa

A dedicated and caring nun who spent her life doing charity and devoted herself to others, Mother Teresa is the founder of the Missionaries of Charity, a Roman Catholic religious congregation, which is active in 133 countries.

Besides running orphanages, schools and counselling initiatives, the organisation runs hospices and homes for people with HIV/AIDS, leprosy and tuberculosis.

Her heartfelt work has been spoken about throughout the world and has garnered her many honours, including the 1979 Nobel Peace Prize.

It is our choices that show what we truly are, far more than our abilities.— J.K. Rowling

J.K. Rowling’s story is a classic case of rags to riches. The famous British novelist shot to fame through her Harry Potter fantasy series that took the world by storm.

The initial stages of her life comprised living on state benefits, but her perseverance and determination on working on her story finally escalated her to multi-millionaire status.

In 2012, she was conferred a Freedom of the City of London and is one of the UK’s best-selling authors.

Nothing is impossible, the word itself says ‘I’m possible!— Audrey Hepburn

Best-known for her sophisticated style and poise in Breakfast at Tiffany’s, Audrey Hepburn is reputed both as a film and fashion icon.

She has been ranked the third greatest female screen legend in the history of American cinema by the American Film Institute and is on in the International Best Dressed List Hall of Fame.

Hepburn was also a caring humanitarian recognised for her work with UNICEF. She started contributing to the organisation in 1954 and was awarded the Presidential Medal of Freedom as a UNICEF Goodwill Ambassador in late 1992.

Born in 1956, American physician and NASA astronaut Mae Carol Jemison is the first African-American woman to travel to space.

After a short stint in medical as a general practitioner, Jemison joined the Peace Corps in 1983. In 1987, she was accepted into NASA’s astronaut programme on her second application. She remained with NASA until 1993 before founding research company Jemison Group.

She has acted in an episode of Star Trek: The Next Generation and is a recipient of nine honorary doctorates in science, engineering, letters, and the humanities.

Prema Jayabalan is part of the Digital Learning team at Leaderonomics. As a travel enthusiast who loves connecting with people from all walks of life, Prema believes that everything thrown to us by life enhances our development, hence she loves the fact that the Leaderonomics Digital Learning platform provides an avenue for people to gather valuable insights that will enable them to grow in their professional and personal domains. Click here for more articles like this. 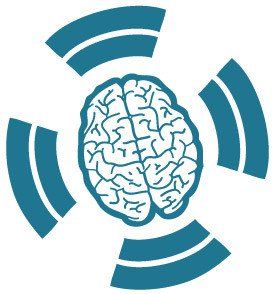 How Good Is Your Primacy Effect?