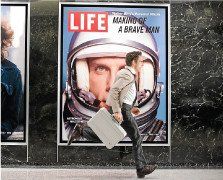 Strangely delightful would be my description of Ben Stiller’s latest remake of James Thurber’s 1939 tale The Secret Life of Walter Mitty. It’s a modern take on Walter Mitty, who first graced film screens in the 1940s under Samuel Goldwyn.

For readers who haven’t watched the movie, I’d suggest reading no further than here, as there are spoilers ahead.

Mitty, played by producer and director Ben Stiller himself, is a serial daydreamer and quiet photo editor at LIFE magazine, who possesses an uncanny and rather infuriating ability to pause midway through a daily task and be whisked away by the fancies of his imagination.

In his mind, he is a hero, with no fear of speaking his mind and he lives up to the hope and fancies of his dream woman and fellow colleague, Cheryl.

But reality bites. Back on earth, Mitty struggles to even fill out the “Been there, done that” section of his online dating profile and the travel journal his late father gifted to him is empty.

He is often tongue-tied, demonstrated in a painful conversation with Cheryl about whether he is joining her in the elevator.

Cheryl: Are you coming?

Through the film however, fuelled by the need to recover a missing negative from elusive photographer Sean O’Connell, destined for the front cover of LIFE’s final edition, Mitty’s reality begins to overtake his fantasies.

O’Connell’s photo, entitled The Quintessence of Life is expected to be the perfect photo to farewell the magazine. Pressured by his boss, Hendricks, Mitty must find the negative. Along the way, he discovers his potential and begins to live a life he used to only imagine in his head.

For viewers, Mitty’s journey is a very relateable one, as he battles the changing dynamics of today’s world (the digitisation of content) and learns how to appreciate the opportunities that life can bring.

There are great life lessons to take home, especially as we begin a new year afresh. Here are three principles from The Secret Life of Walter Mitty to keep in mind for a great 2014:

1. Embrace reality, because fact can be strangely better than fiction

Mitty’s imagination is at its peak at the beginning of the film, bringing us scenes like Mitty being stricken by the Benjamin Button condition.

He imagines himself as an old baby cuddling up to an elderly Cheryl on the front porch of their home. This is one of the rare moments where Stiller’s usual humour shines through.

In another scene, while riding the lift up with his obnoxious new boss, Tim Hendricks, Mitty transforms into a hero with Hulk-like strength fighting Hendricks and tearing up the streets of New York.

One morning, walking down his office hallway, Mitty’s imagination transforms him into a Chilean climber with icicles hanging from his hair and beard, sweeping Cheryl off her feet.

But as the film progresses, the line between fact and fiction begins to blur as audiences begin to question if what they are watching is another daydream of Mitty’s.

His pursuit of the elusive adventurer and photographer O’Connell in search of the missing negative sees him going through breathtakingly beautiful landscapes and caught in hilarious, surreal circumstances.

For instance, to get to a boat that O’Connell is reported to be at, Mitty is flown across the stunning waters of Greenland in a helicopter manoeuvred by a very drunk, heartbroken pilot.

Not long after, he finds himself floating in the middle of the ocean in his work attire, when a shark appears and tries to bite him.

He goes on to longboard in Iceland on a postcard-worthy road, treks his way through Afghanistan, and plays football in the high planes of the Himalayas.

As Mitty begins to engage with life, reality far surpasses any of his imaginations as he finds out: as Stiller puts it, life is “amazing, worthwhile and magical in its own way.”

Imagination has its place in our lives, but not if they prevent us from living reality to its fullest potential. No matter what 2014 holds for you, make it a point to observe and capture the wonders of everyday life, and the opportunities it can bring.

2. Let purpose lead you on an adventure

“How the hell did you get here?” asks Sean O’Connell at the top of the Northern Himalayas in Afghanistan. Mitty, bewildered at finally finding and meeting O’Connell in person, answers very simply: “I was looking for you.”

It’s a very short answer, in the light of the epic journey Mitty had to make to get to that point, which included running from an erupting volcano in Iceland.

While Tim Hendrick’s demand to see the elusive “Quintessence of Life” photograph was what initially started Mitty on his journey to look for O’Connell, at this point in time, Mitty had already lost his job.

By this time, finding the photographer had become a personal purpose that Mitty owned and took on for himself.

Set on retrieving the missing negative, Mitty allows himself to be led by purpose, crossing multiple comfort barriers and seeing the world on the way.

It’s reminiscent of the motto of LIFE magazine, which features regularly during the film: “To see the world, things dangerous to come to, to see behind walls, draw closer, to find each other and to feel. That is the purpose of life.”

Commenting on Mitty’s journey, Stiller says “Walter’s journey celebrates the potential that everybody has.”

The start of the year is a great time to revisit your purpose, be it at work or otherwise. Articulate it, own it, and let it guide you on an adventure.

At the top of the Himalayas, Sean O’Connell and Mitty sit quietly behind the lens of the camera. They are there to capture a picture of a snow leopard.

When one finally appears, Mitty asks why O’Connell isn’t taking a photo of it. The snow leopard is in a perfect position for a photo.

But the photographer explains that sometimes, he chooses to just enjoy the moment instead of focusing on capturing a great photo.

The theme of mindfulness is something we’ve brought up a few times in this career guide. It’s appreciating what is happening around you right now, and not getting too distracted by your end destination.

You may have big goals ahead and be on mission-mode to achieve them, but stop to smell the flowers too. Pause to have a chat with colleagues, sit back and celebrate achievements, or just look around you.

What Mitty comes to see at the end of the film, is that the most remarkable things about life aren’t in his imagination or in faraway places. They are in everyday life, just like his photo was in his wallet all along.

It wasn’t a picture of a picturesque Iceland that would grace the final cover of LIFEeither. The picture, the quintessence of life, is of Walter doing a task that is part of his everyday routine: inspecting negatives.

So this year, while you engage with opportunities and pursue purpose, don’t forget to enjoy the journey too. To a great year ahead. 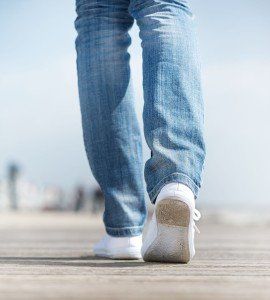 The Simplest Way To Increase Brainpower