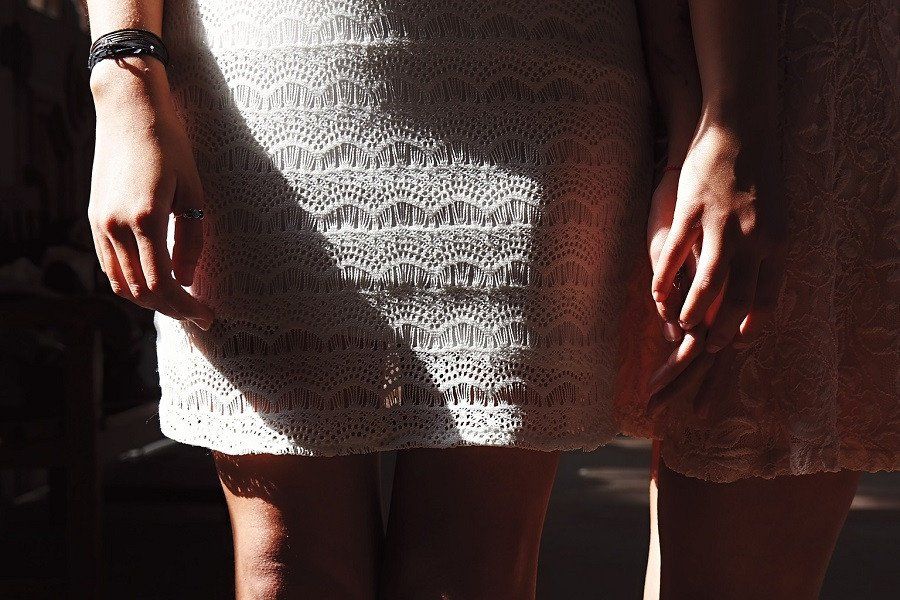 And what HR can do about it

Susan Fowler created the first wave in early 2017. Then Amber Anderson, Cynthia Burr and Lysette Anthony launched the second. These are victims from all ages. Young, middle-aged and the elderly. There were 84 of them in total.

Silicon Valley, Hollywood, media and the entertainment industry. These are places where names and fortunes are made. It was the tipping point. Nearly every industry had a victim. 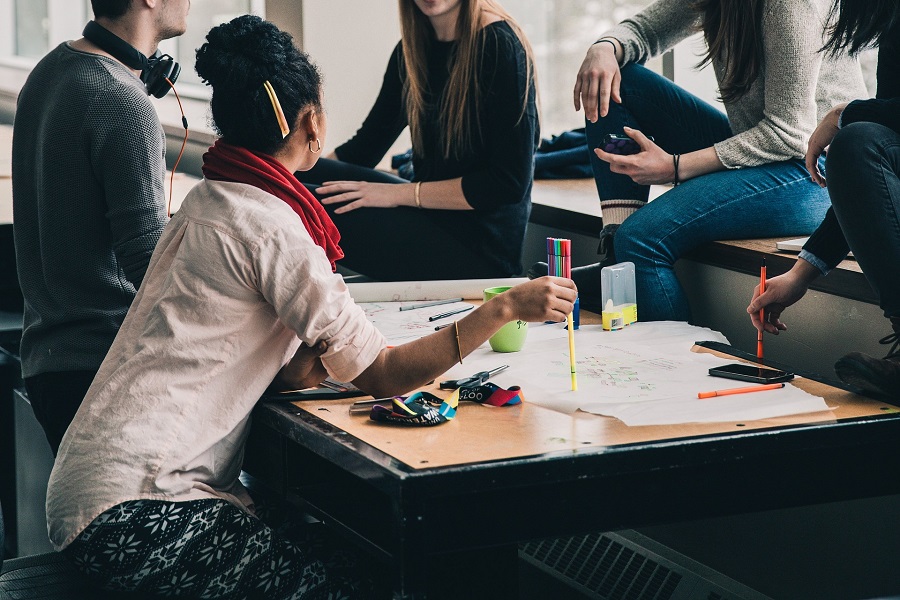 The #MeToo campaign which has evolved globally now promotes solidarity and gave a voice to the new movement. If you have been reading the news, the movement and the problem needs no mention.

These were the new names that have been feeding our media appetitte for the last few months. But wait.

When Fowler’s blog entry went viral and made its way into the media, many only took notice because of our familiarity with Uber as a peer-to-peer ride-sharing global company.

Read also: What If Abraham Lincoln Ran Uber?
It was not because Fowler was frustrated and intimidated. Her issue did not receive legitimate response. It didn’t help that human resources (HR) didn’t recognise there was an organisational issue and claimed that the protagonist was a high performer.

Only when Travis Kalanick was ousted as chief executive officer (CEO) of Uber and the Weinstein victims emerged as one voice, did the topic escalated to where it is today. Only then did people at the top sat, listened and took action.

Power and culture at play

The problem found a name for itself. So, what is it about sexual harassment (SH) that has dominated conversations today?

Much has to do with why it has been ignored, and if there is a permanent solution.

It also has to do with power and culture where sexual perversion and sexism are allowed to thrive.

In Silicon Valley for example, this is a big challenge. It is a location where technology, talent and tension thrive. It’s a place where chauvinism seems to be the culture.

It inhibits victims from speaking up. Those who know have looked the other way especially if the perpetrator is someone rich, powerful and talented.

Victims are often young and in need of economic support, and the fear of reprisal prevents them from speaking up.

When we look deeper, the HR profession was the first to take the big hit. This was most evident in Fowler’s case.

Liane Hornsey, the new chief HR officer at Uber received a lot of criticisms and the support of Arianna Huffington who is also on Uber’s board.

So with months of media frenzy on the topic of SH, how should individuals and organisations move on from here?

The Time magazine Persons of the Year 2017 – The Silence Breakers brought together a bunch of strange bedfellows.

Why did it create so much solidarity in such a short time? Have the complaints gone too far?

In the 1980s, when I was an employee of a leading Asian airline, a couple of us – employees who were working on ground and flying, happened to chat on the nature in which our pre-employment medical check-up was done.

We realised when we were examined for “fit for employment” by a male doctor, he touched our breasts and checked us in the absence of a nurse or hospital assistant.

We didn’t have a label for our problem then. Today, we could have probably sued the clinic and our organisation for not protecting us.

My then air stewardess colleague also affirmed that she once went in for a common cold but was told to strip down to nothing.

So the problem is systemic and we young ladies were taken advantage of.

This experience and conversation bothered me for many years. It was only when I became a HR head later in my life that I knew I had the power to speak up and eventually do something about it.

Back then, jobs were scarce, and many young girls were vying for a career in the airline. You would see hundreds of them queuing up at hotel lobbies for interviews to join an airline.

Our elders also didn’t guide us much to speak up against the medical profession. We were compliant.

Check this out: How Oprah Winfrey Raised Her Leadership Game, And How You Can Too!

HR professionals can take the lead

When Fowler’s story broke, I had a couple of calls from non-HR professionals and was in chatrooms where the HR profession was beaten up. Badly.

Why didn’t we do something? Why have we failed to protect women in the workplace? Are we here to protect the company or the employee?

1. Expansion of women’s influence in HR

Traditionally, HR jobs have been male-dominated. Women’s domination of HR only escalated in the 1990s when HR services grew in demand especially with outsourcing and off shoring.

To be very good in designing HR policies and advocating them to the senior leaders, you would need to have worked for large multinational companies or government-linked companies that subscribe to forward-thinking HR practices.

You would also need to be exposed to good practices and have a very strong educational foundation. Introducing policies would be both top-down and bottom-up approaches and often, we are impacted by regulatory changes or pressures from external environments.

Change is needed to stay sustainable and to remain competitive in the eyes of a dynamic workforce.

You would also need to be a company that promotes diversity and inclusion (D&I) and equal employment opportunities (EEO). This is a new ‘term’ in some of our organisations.

Those who have not worked in such an environment would not know how to commence such a conversation, write and advocate such policies. And peers are hard to influence. They are busy doing other things.

I see young HR managers struggling and the journey is lonely as they are often expected to fight many battles on the HR front – people attraction, retention, business growth – while trying to keep everyone ‘happy’.

McKinsey Global Survey 2015 indicated that women presence in the C-suites and boards was lacking and had a long way to go.

HR has been struggling to get a voice in the boardroom for many years. It was Dave Ulrich and his book HR Champions in 1996 that began to bring HR back to its respectable place.

Organisations that want to start looking at EEO and D&I must know where to park these initiatives in their leadership structure.

Uber’s HR head was not reporting directly to Kalanick. The previous head was not Hornsey but Renee Atwood, and she reported to Ryan Graves who was the head of operations.

Should this be an initiative under the CEO’s office, or the HR’s ambit, the chief culture officer, or the chief sustainability officer?

Most local organisations have an Industrial Relations/Employee Relations department to promote and handle SH-related matters.

However, such issues might not be as rampant and as such, SH prevention initiatives might not garner the attention it warrants.

3. Availability of support and processes

Once this policy is rolled out, it should be reviewed.

Like the whistleblowing policy, there must be governance and processes built in place in the organisation, and how the community is relying on such existence. Actress Ashley Judd who was one of Weinstein’s complainants said:

“There wasn’t a place to report such experiences.”

Will organisations champion SH this time or will they be too embarrassed to handle it?

Over in the United States and Asia, stories of SH continue to emerge daily. Many are jumping on the bandwagon and running state-by-state programmes on how to manage and prevent sexual harassment in the workplace.

We also need to look deeper as SH happens in every sector, industry and function. From young gymnasts to hardworking nurses in the healthcare business, perpetrators have attempted to cause harm on them.

If you are new to this, just look for Eric H Holder’s 47 recommendations on how Uber can be a better place to work.

Most of all, leadership at the top and HR must find a new partnership, agree on its culture and find a moral compass to navigate this. Only then will SH receive the attention it warrants.

Like Liane, many of us in the C-suites and HR has our work cut out for us.

Nancy is a HR consultant and coach, she also leads her own HR practice. Email us at editor@leaderonomics.com should you have a burning question you want to know on this topic. 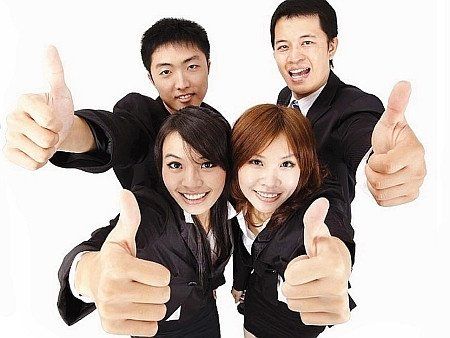