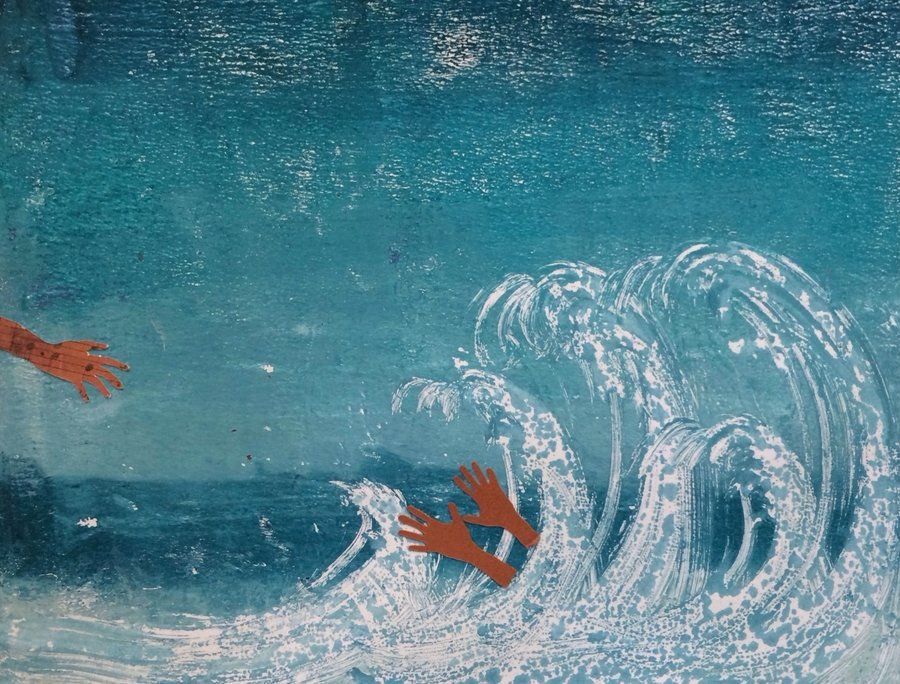 Source: Photo by Sue Carroll on Unsplash
Addiction To Helping and Rescuing Others

Are you addicted to helping others or is your mentor relationship creating unhealthy levels of interference? Perhaps you’ve fallen victim to the Rescuer Syndrome.

Successful executives seldom get to the top alone. Even the most talented need the help of other people to reach their true potential.

Being prepared to help others within the organisation is one of the fundamental roles of a leader. It is of mutual benefit to help colleagues and the urge to do is natural. But the desire to help is not always driven by purely altruistic motives. Some people are motivated less by the desire to benefit others and contribute to the common good and more by a deeper emotional need within themselves.

These people are “rescuers” for whom the need to help becomes like an addiction. Excessive helping, the compulsive need to save the mentee from mistakes, can lead to co-dependency and, for the mentor, emotional and career burnout.

As the workforce becomes more competitive and interactive, the practice of leadership coaching and mentoring, once perceived as interventions to deal with dysfunctional managers, are becoming mainstream as ambitious executives seek guidance and senior executives realise the importance in helping the people that work in their organisation to reach their full potential.

By sharing knowledge and insights in such areas as job performance, interpersonal relationships, group dynamics, role expectations, and even technical know-how, mentors can help people in goal achievement and problem solving.

But some people are unable to differentiate between their own needs and those of the people they are purporting to help or mentor. This can occur at a cost to themselves and the people who work with them, fostering an unnecessary, inappropriate dependency relationship.

At best, they make ineffective mentors; at worst, they harm others by attempting to co-opt the people they should be helping.

When does helping change to rescuing? How do you spot somebody who goes over the line ? How do you know if you’re a rescuer yourself? And how can the problem of rescuer syndrome be resolved?

Are you a rescuer?

Rescuers are seldom aware of their underlying motivations and genuinely believe their interventions are for the better. They are often in a very senior executive position to those they are purporting to help.

Practitioners in the helping professions – psycho-analysts, psychotherapists, counsellors and other clinical professionals – are trained to differentiate their own emotional needs from their clients. But business executives are not. The may seek to help others as a means to avoiding their own problems.

Anyone who is struggling with personal or professional issues should remain vigilant when their role includes helping or mentoring people and look out for warning signs of rescuer behaviour.

The more often the response is yes, the more likely the person is prone to the rescuer syndrome.

The “rescuer syndrome” while not an officially recognised disorder is a widely acknowledged phenomenon. It manifests itself when helping turns into a compulsion. It’s probably fair to say people suffering from the syndrome are suffering from an addiction in the same way as smoking, drugs, eating, or sex can be addictive.

Rescuers don’t realise their behaviour is compulsive and dysfunctional – they believe that given all the efforts they make, their efforts are helpful.

But the ultimate aim of helping is to make the helpers’ continued intervention unnecessary and rescuers can’t accept this inevitable redundancy. They will try to engineer the relationship into one of co-dependency to the detriment of both parties.

Some people fall into the role of rescuer by circumstance, there may be paternal or maternal feelings involved. In these cases the situation usually reaches a crisis point, followed by a period of recovery. Serial rescuers, however, (the kinds of people continually on the lookout for someone who needs rescuing usually) fail to reach this point, as they do not acquire insight into what they are doing and never confront it.

Most serial rescuers feel uncomfortable in equal relationships, they feed off a vulnerable and dependent person and feel satisfied when able to elicit gratitude and appreciation.

The actions of a compulsive rescuer can harm the interests of those supposedly being helped. And in many cases the rescuer is at risk of being harmed.

The emotional labour associated with helping drains energy. For some executives this behaviour results in a loss of idealism and purpose, they can become cynical, tired and apathetic. Their positive outlook and work effort are compromised.

Serial rescuers may also lose a sense of boundaries. They may find themselves in other kinds of trouble, sexual transgression may be one of the hazards.

Many have difficulty getting in touch with their own emotions, they may experience intense stress, feelings of inadequacy and low self-regard and seek “redemption” from these emotions by helping others, not realising that continually trying to meet other people’s expectations only exacerbates self destruction.

This may interest you: The Three Types of People Who Get Stuck

The only way to address the rescuer syndrome is to face up to it.

The challenge is to help people recognise the signs that they may have fallen victim to the syndrome. Rescuers can only change their behaviour if they recognise the flaws in their reasoning of why they are obliged to help.

During the journey towards change, a number of issues need to be addressed. Paradoxically, helpers need to become more selfish; they need to be nicer to themselves. They need to actualise their own dreams and aspirations rather than constantly focusing on others. They also need to learn how to enjoy themselves and take stock of the kind of people they are attracted to.

They need to realise that rejecting a request for help is not rejecting a person. Thus dealing with the rescue syndrome doesn’t mean having to give up helping people. Constructive helpers can be catalysts in the process of assisting people to solve their problems, but rescuers need to realise that their role is to encourage others to make difficult decisions for themselves.

To be a constructive helper, a person needs to think rationally, objectively and dispassionately and to have sufficient self-knowledge to know how to prevent their own emotional health affecting those they aim to help. The capacity to take distance—and not to be emotionally sucked into whatever the problem is—is going to be critical.

Through self-understanding, helping professionals can raise the quality of their relationships by becoming aware of their own unique attachments and biases. By knowing their own limitations, ensuring they have their own therapeutic support, peer interchange or other forms of help, they can ensure that they don’t fall victim to the Rescuer Syndrome.

Are you the one always needing to be rescued? It does not need to be that way! Check out this video and learn how you can benefit from Necole.

Discover more about about this amazing learning app called Necole. Necole is a state of the art learning platform that curates personalised learning just for you. To find out more about necole, click here or email info@leaderonomics.com 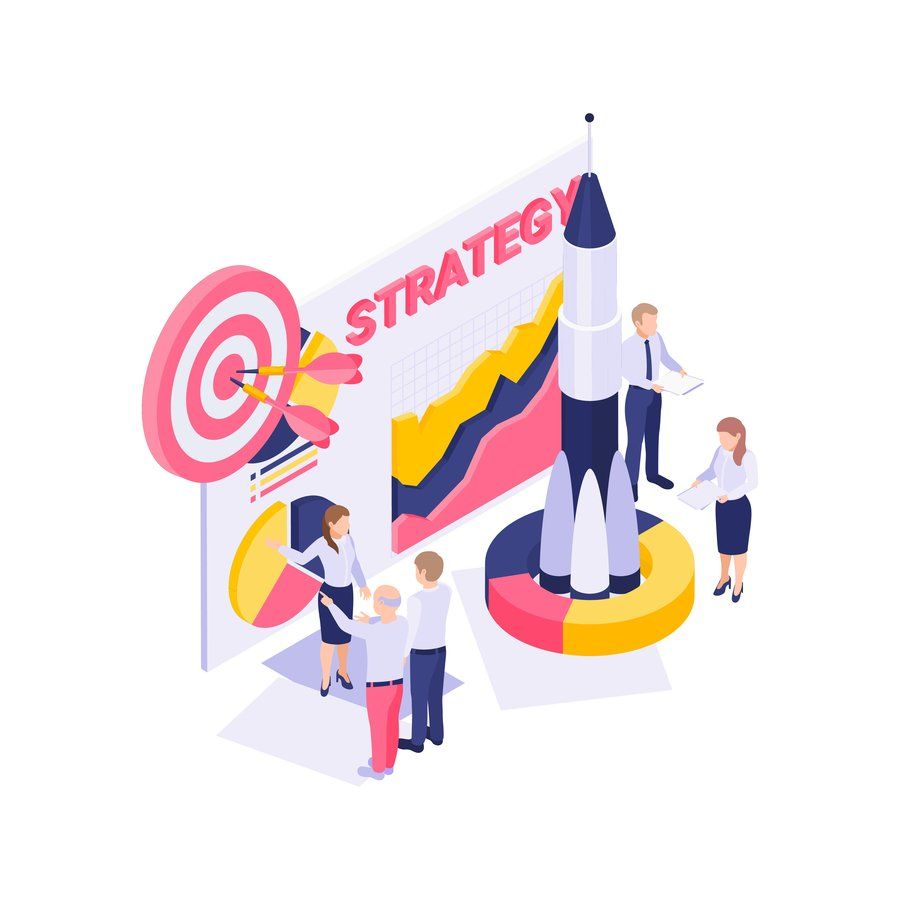