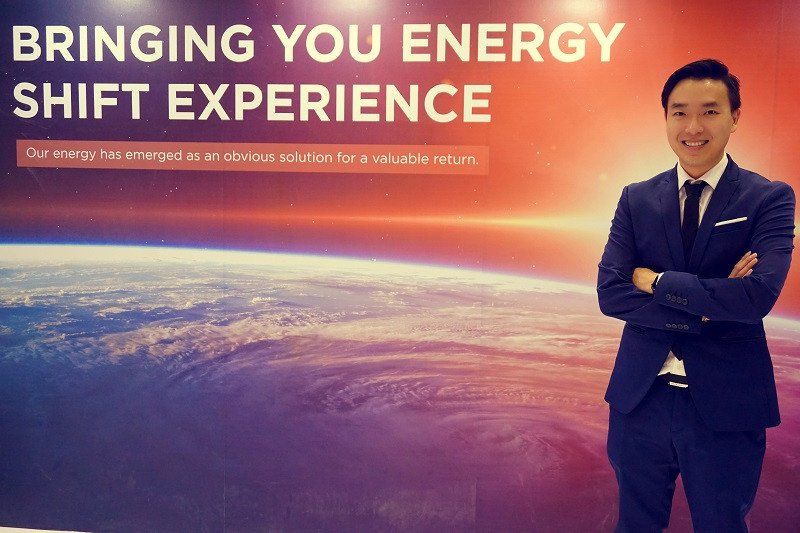 What comes to mind when you hear the term ‘human resources’ (HR)? If your first thought was paperwork and other administrative tasks, you still have a very old-school impression of HR.

These days, HR is widely viewed as key partners in managing change and a catalyst for business growth, making their role more of a strategic one and less maintenance-oriented.

It plays a vital role in each of the different stages of a company’s growth. Needless to say, practices that worked for a business in the early stages will not necessarily work when it becomes more mature, and it is up to HR to come up with updated policies that set the direction for the business.

About a year later, the business experienced rapid growth – their revenue doubled within one or two years, and so did the number of employees.

We recently spoke to Plus Solar Systems chief executive officer and co-founder Ko Chuan Zhen, who shared his experience in leading his company through the different stages of growth.

He says that getting people to join the company when they first started was tough because of credibility – the founders themselves were quite young, and their office facilities were extremely basic, making it difficult to convince others to follow them.

Ko, who doubled up as the company’s HR manager at the time, shares that their recruitment strategy was to only focus on people who had the passion for renewable energy, and who shared the same vision.

“We were selling our dream to people,” says Ko. “During the final interview, we would ask the candidates to do a presentation on their life story, and from there we were able to tell who was really passionate – this is something you can’t hide.” 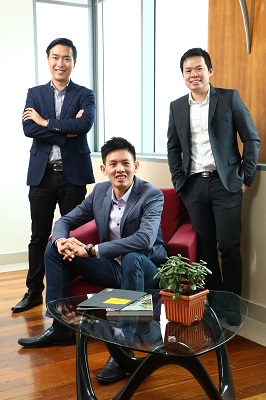 Ko says that when the industry started growing rapidly, the team grew larger and the company opened a branch in Penang. It was then that he realised the company needed to move beyond the basic HR practices that had served them well during the start-up phase.

“We had some structure in the company at the time but I felt that in order to grow further, we needed to get someone professional to join us. And so the first person we hired who came from an MNC background was actually for the HR role, a HR manager.”

As a result, better processes were implemented and new practices such as monthly town hall meetings and learning and development opportunities for employees were introduced.

About a year later, the business experienced rapid growth – their revenue doubled within one or two years, and so did the number of employees.

However, this brought on its own set of challenges. With the sudden growth of the team, the company was now divided between existing employees who were used to the old company culture, and new people from various organisations with their own cultures, thus creating a mixed culture within the company.

Ko says that the accelerated growth was an issue on the people side of things as they needed time to adapt, and so the founders decided to carry out a company-wide alignment exercise, starting with the company’s vision, mission and core values.

“We sought our people’s opinions and crafted our new vision and mission from there. As for the core values, we carried out a survey to see what people liked, taking into account past achievements that made us an industry leader as well as what we needed to improve on so that we can go further.”

“We try to make it so that everyone practises these principles, by using these core values to guide our business decisions – what is right and wrong, what we should and shouldn’t do,” says Ko.

Having seen the company through its start-up days and personally hired many of the company’s managers, Ko understands the difficulty in finding the right people to fill various roles.

He says: “When we were trying to grow the company, we needed to recruit more experienced leaders who were already ahead of us so that they could lead us to our next milestone.

“While the company needed these people to close the competency gaps, we also needed to consider the existing employees who have been with us for a number of years.”

Ko explains that hiring too many external people for managerial positions instead of promoting those already within the company could not only dilute the original culture, but may also demoralise the team.

“Not everyone may be able to understand why these corporate people need to join us if we don’t communicate it well. People could perceive it as a road block for them, and might think ‘I can’t be a manager’ or ‘I can’t be a leader’ in this case.”

Plus Solar prioritises learning, which is why the company set up an in-house academy called +UNIVERSE, with programmes such as +DEAL (an acronym for ‘drop everything and learn’) to groom internal talent.

Through the company’s coaching and mentoring efforts, it has been able to upskill and promote several young talents to roles at the managerial level.

This upskilling of existing talent enables Plus Solar to promote loyal employees when the opportunities arise, instead of recruiting new people to fill the higher positions.

“We want to cultivate a learning culture and environment in the company, and we’re aware that if we want to scale our business, we need to close a lot of gaps for our people first,” states Ko.

It is because of this that Plus Solar encourages a lot of coaching and mentoring through one-to-one sessions between managers and their direct reports, and lays out clear career pathways for its people.

“For example, a manager might tell an executive: ‘I want to promote you next year, but before that you must be able to accept and accomplish all these challenges. When you’re able to do so, we’re going to promote you’,” shares Ko.

Plus Solar is invested in the personal development of its people, and its ultimate objective is to help the internal talents achieve their full potential in their careers and lives.

Through the company’s coaching and mentoring efforts, it has been able to upskill and promote several young talents to roles at the managerial level.

“We (the founders) also spend a lot of time with our managers, discussing our own behaviour and bad habits. We identified the top three behaviours that we as leaders must practise together, and from time to time we will gather to discuss how we’re doing.”

For Ko, striking a balance between the structured corporate systems and the entrepreneur spirit is the key to ensuring the company is able to grow quickly and adapt to the rapid changes in the industry, brought on by technological advancement and government policies. 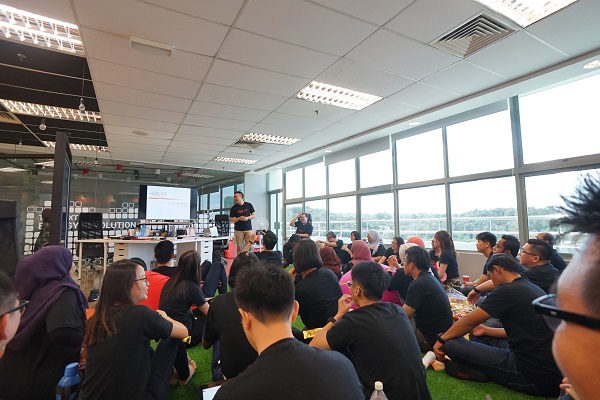 Ko believes that the people in an organisation are the biggest potential and also the biggest limitation for its growth. “The challenge that many companies face is that the company wants to expand, but the people need time to grow – so the company ends up hiring external people as a quick fix. This works in the short term, but we need to find a balance. That’s why it’s very important to go back to the growth of the people.”

When asked about the challenges that SMEs face in moving their HR function away from purely administrative roles, Ko had this to say: “It comes back to the leader’s mindset. I think most of the challenges are due to business people being driven by numbers – which is important – but the essential parts all come from humans.”

He continues: “That’s why a lot of M&As (mergers and acquisitions) don’t do well. You can get the company, but you’re probably just getting the casing; you can’t get the spirit of the people in the company.”

Building a good company culture takes patience, but sometimes the business environment does not accord leaders the luxury of time. Since many businesses in Malaysia are still stuck in the survival stage, it is rather difficult for them to invest money and time into creating a healthy culture.

However, Ko says: “To build a good culture, we don’t actually need to spend a lot of money – all we need is to spend some time and care. I think it is very important to start by walking the talk. The people are able to tell if what the leaders are doing is just for show, or if it’s real.”

“You can’t say that you’ll have a successful business first before you talk about culture – both have to run concurrently. When we have the right culture and the right talents to help us to grow, the business will flourish,” says Ko. 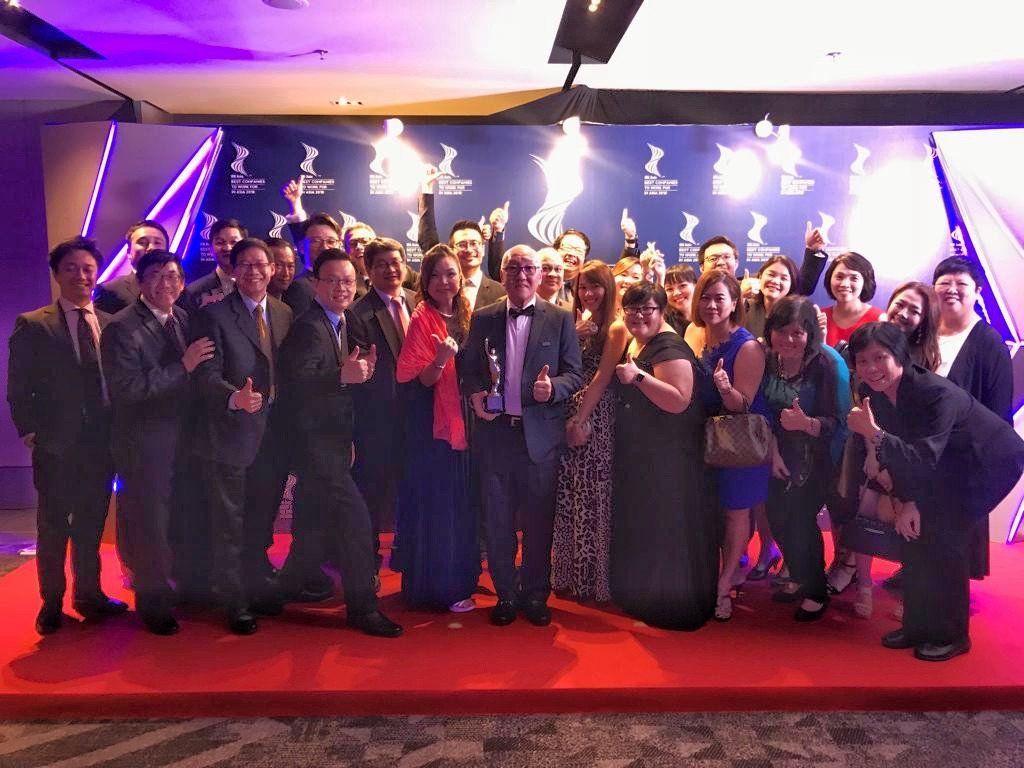