Pranks Anyone? Teams That Laugh Together, Stay Together 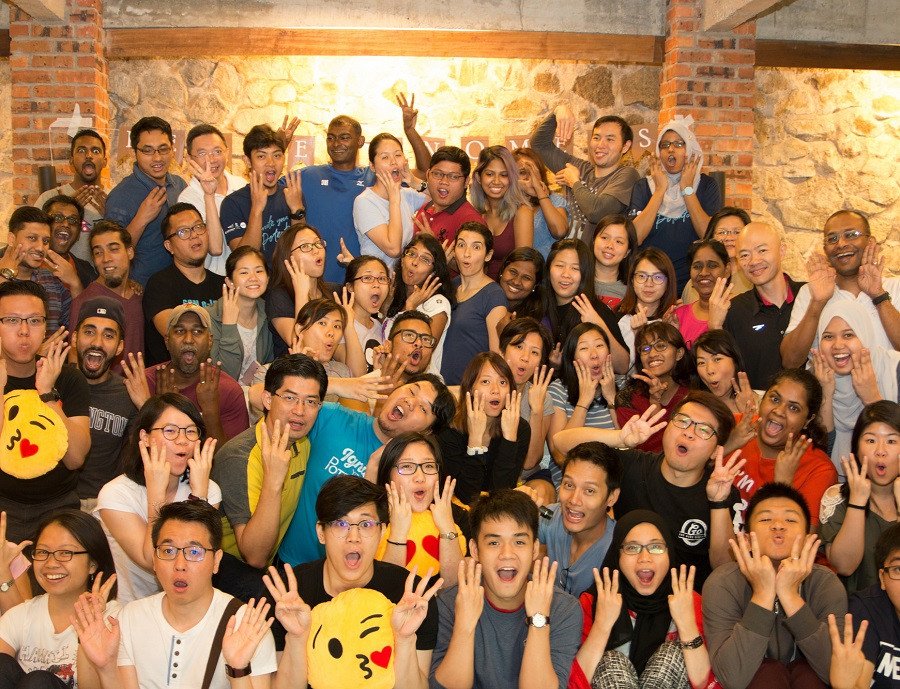 Life at Leaderonomics – The Vuvuzela Challenge

During the 2010 World Cup in South Africa, vuvuzelas were all the rage as fans trumpeted their way through matches with as much passion as the players on the pitch. And, one of our customers, who was at the World Cup final, bought a vuvuzela and presented it to our chief executive officer, Roshan Thiran, as a gift.

Roshan presented it to his team at Leaderonomics and it wasn’t long before it was put to mischievous use. You see, pranks are part and parcel of the Leaderonomics culture. It is one of the first things employees learn when they join the company – we have an official prank set up for them as part of the orientation process.

And throughout the company, everyone, including Roshan and our chief operating officer Ang Hui Ming, get pranked. Pranks are a fun way through which Leaderonomers show their affinity while enjoying a good dose of laughter.

Next thing we knew, the intrepid team at Leaderonomics was keen on taking up the ‘vuvuzela challenge’, which was simply: getting a sound out of the thing! Anyone who has ever tried playing the vuvuzela will know there’s a knack to getting it right and those who got it right first time stood a chance of winning a company car! (OK, maybe not, but they did receive a hearty cheer and kudos for their efforts)

Taking up the challenge was a diverse bunch of buoyant blowers, some of whom proved themselves to be vuvuzela virtuosos, while others sounded more like a broken toilet being flushed but most importantly, we all had fun. Some had a little more fun than others, as you can see in the video. 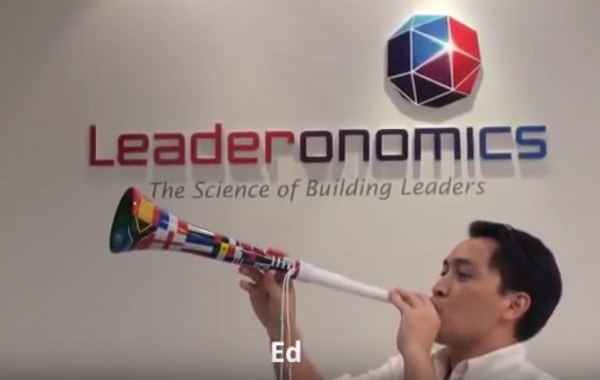 In true Leaderonomics fashion, every occasion presents an opportunity to play a prank. During the challenge, one of the employees, Andrew, took to slicing open some cili padi and rubbing it around the rim of the mouthpiece.

And so, began yet another one of many pranks to be played on one unsuspecting Leaderonomer which, in this case, would be Owen – a gifted intern who could have done with his talents stretching to include clairvoyance.

As Owen was handed the vuvuzela, he gave it his best shot and the horn burst forth with a sound that resembled an elephant choking on a lozenge.

The team that laughs together, sticks together and the tradition of pranking at our offices has long helped foster a culture of inclusion and cohesion.

In mere minutes, the valiant intern realised something was amiss and, as his lips flared up like the fires of Dante’s Inferno, the water cooler became his best buddy for the day. Always the good sport, Owen took the prank in his stride (and quick strides towards that cooler they were, too!)

The idea of levity and fun are infused in the Leaderonomics culture since the beginning. Roshan explains, “While we’re serious about the science of building leaders, at Leaderonomics, we also make sure that we have some fun. After all, the team that laughs together, gels together and the tradition of pranking at our offices has long helped foster a culture of inclusion and cohesion.

“The pranks that the team play on each other are just one of many light-hearted ways that everyone at Leaderonomics comes together to bond and create the kinds of memories that are still spoken about years later. It really shows how friendly and close-knit the culture is here, and newcomers are quickly embraced into the fold, although they might want to keep their wits about them!”

Another story Roshan often talks about is his encounter with Herb Kelleher, former CEO of Southwest Airlines. He was astounded by how much levity and fun was embedded in the Southwest culture and how that had helped create Southwest as the dominant airline globally for many years.

To ensure everyone gets equal treatment, the first few big pranks were played on Roshan himself, usually by co-founder Hui Ming. And occasionally, Roshan would get back at her and other employees, with a prank of his own (you can watch all these pranks here). 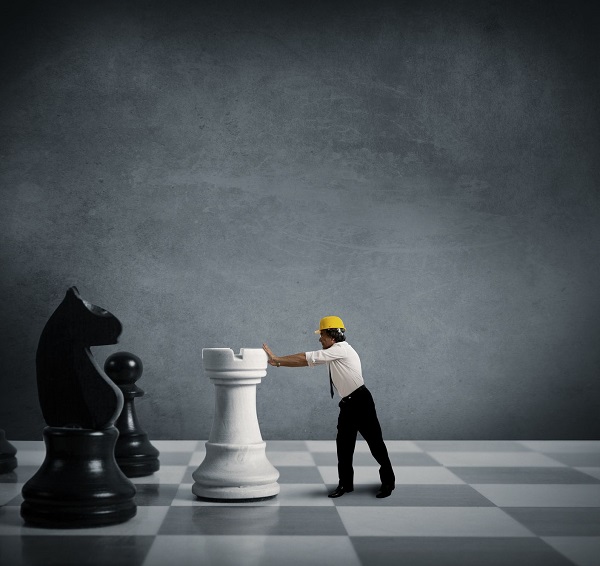 A key element of Leaderonomics’ philosophy is perhaps best summed up by the words of Steve Jobs who said, “Here’s to the crazy ones, the misfits, the rebels, the troublemakers, the round pegs in the square holes. . . The ones who see things differently – they’re not fond of rules. . .You can quote them, disagree with them, glorify or vilify them, but the only thing you can’t do is ignore them, because they change things.”

This multiple award-winning social enterprise is one that seeks to push the boundaries of creativity and innovation in achieving its three-pronged vision of growing people into leaders, building communities of love, and transforming the nation one leader at a time.

Those at the helm of Leaderonomics know that a happy team is an innovative team, which explains the approach of taking the work seriously, but themselves a little less so.

Through team-bonding activities and the marvellous mischief that goes on inside the walls at Leaderonomics, the company certainly has a method behind the madness and it’s one that continues to bring empowerment, personal and professional growth, and successes to communities and leaders from all walks of life and at all levels.

As Roshan puts it, “In having a relaxed environment that inspires fellowship and a sense of community, we’re blessed at Leaderonomics to have the kinds of people who continue to nurture our culture in a way that not only contributes to our customers’ growth, but also our own.”

“Working alongside such amazing people truly is a privilege for me, and it’s a thrill to watch Leaderonomics grow from strength-to-strength. The awards we have won over the last few years testify to the strength of teamwork that exists here, and every single person contributes to the success we enjoy.”

“Of course, while it’s an incredible honour to work with such talented and innovative people every day, should any of them hand me a vuvuzela in the near future, I’ll definitely be on my guard!”

So, if you happen to visit Leaderonomics office, beware as you may be part of a prank too. Just ask Leaderonomer John Thomas who was pranked by a group of visitors to the office who played along with the culture of fun and levity.

Sandy is a former editor of Leaderonomics.com, the top leadership site in Asia and is a writer with over 10 years of experience in journalism and PR. While he initially saw himself as being far too British to enjoy pranks, he has now witnessed first-hand the positive impact they have at Leaderonomics. To connect with Sandy and discuss the pranks he has had to participate in, e-mail editor@leaderonomics.com and to watch some of the pranks at Leaderonomics, go to YouTube and search for Life at Leaderonomics. 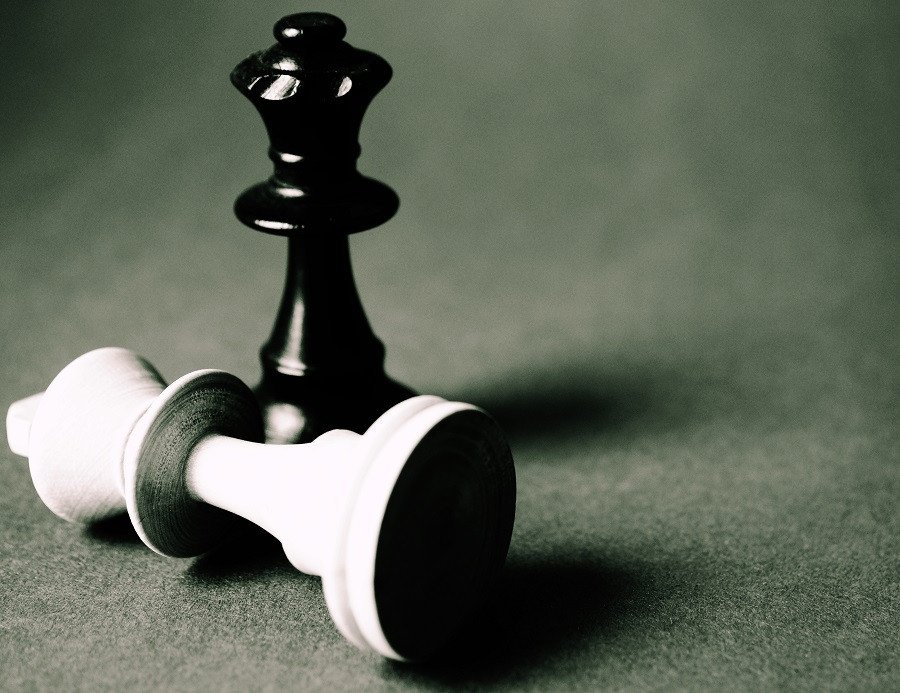 Bouncing Back From Failures – A CEO’s Journey