4 Leadership Lessons From The Art Of Goalkeeping 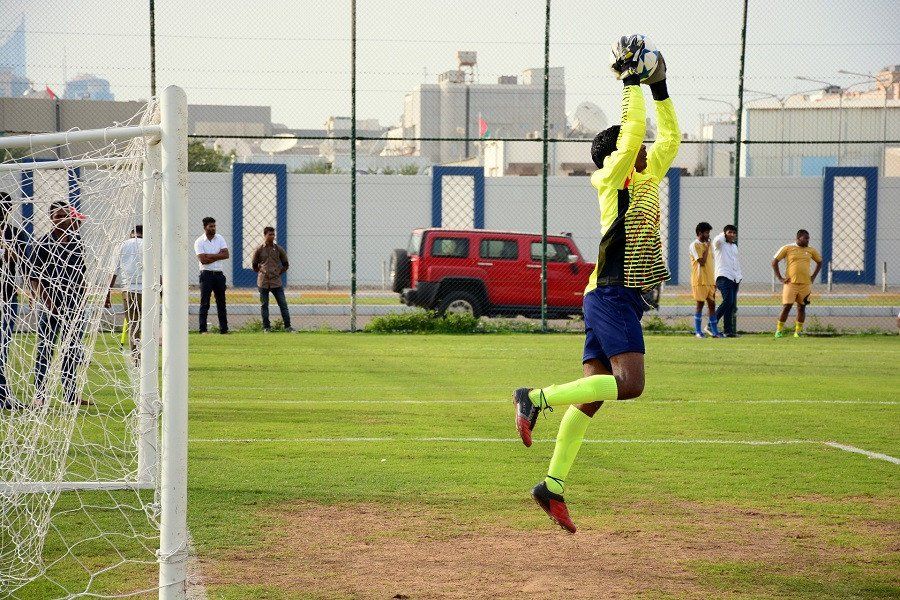 It was the 61st minute of the 2010 FIFA World Cup Final. A through ball from Wesley Sneijder sliced through the Spanish defence offside trap, and Arjen Robben was through on goal.

The only obstacle between him and the first goal of thes game was Iker Casillas, the Spanish goalkeeper. Casillas dashed off his line, and in a moment of pure brilliance, pulled off a stunning save to deny Robben. It proved to be one of the most important saves in footballing history, as Spain went on beat the Netherlands after extra-time for their first FIFA World Cup victory.

Casillas was Spain’s first-ever captain to have lifted the World Cup trophy, and is widely regarded as one of the finest leaders to have graced the game. His heroic gameplay on the field demonstrated that being a goalkeeper is more than just a shot stopping machine; it is an act of leadership.

Over the years, I have observed the likes of Oliver Kahn and Gianluigi Buffon becoming the backbone of their respective clubs and countries. These, coupled with my personal experience of being a goalkeeper, has taught me four leadership lessons. 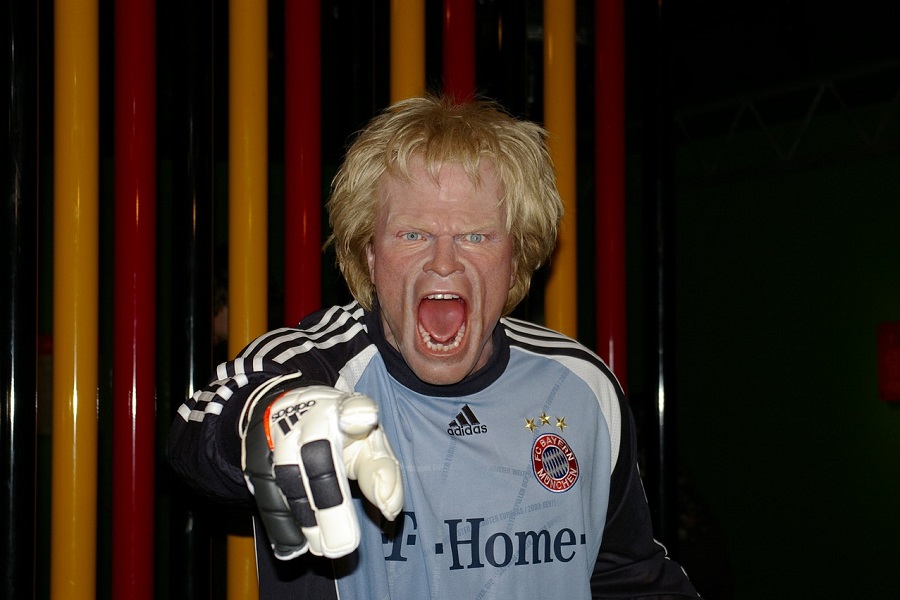 This might interest you: Football Talk: The 3 Distinctive Leadership Styles Of Mourinho, Guardiola And Conte

1. Be dependable during moments of crisis

In many games, even a rock-solid defence will experience momentary lapses in concentration. When that occurs, a goalkeeper may find himself one-on-one against the opponent. A sense of helplessness usually sinks in as he is at the mercy of the attacker. But, is he really in deep trouble?

Great goalkeepers do not wait for the attacker to find his footing, rather they rush out and narrow the angle to force the attacker into a difficult shot. Goalkeepers who are highly dependable during vulnerable moments will build confidence within the team to face tumultuous situations.

From a real-life perspective, it teaches us that when facing critical situations, we should not feel helpless. Instead, respond to it as there is every chance we could still bounce back with a positive result.

Recommended for you: The Greatest Show On Earth: A Tribute To The Unsung Heroes In Football

2. Learn from your mistakes

David De Gea made his debut for Manchester United on Aug 2011 after he was signed for then a British record fee of £18.9 mil for a goalkeeper. The expectations were tremendously high: The world was witnessing an up and coming goalkeeper at a prestigious football club. However, De Gea would go on to concede a soft goal in that game, generating a lot of criticisms from fans and professionals.

During his first season, he committed more than five notable mistakes, which led to him being dropped out for several games. Eric Steele, Man United’s goalkeeper coach who played a huge role in identifying the young stopper previously, admitted later: “His first six months were horrendous.”

Instead of playing second fiddle, De Gea bounced back from the disappointments and worked on improving his physique, as his scrawny body had struggled against the tough demands of the English football.

With sheer determination, De Gea has silenced his critics to become one of the leading goalkeepers globally. He led from the back and provided immense confidence to his team. Sir Alex Ferguson, then the manager of Man United once said, “David has stood up as a man. He got a grip of it, he didn’t let it get to him and the boy has improved every game.”

See also: The Man Behind United

Occasionally, there are situations that brings out the worst out of a goalkeeper. I’ve had the ignominy of conceding goals over my head, under my diving body and even by spilling it into the net. Many times a goalkeeper is left red-faced following a mistake, and the most mature way of handling it is to assume responsibility for it and never allow it to distract his performance thereafter.

When we are directly responsible for a mistake, it is futile to point fingers, when we should work on fixing the mess that may have been created. As Brad Friedel, a former goalkeeper with the United States, once said:

“For a goalkeeper, there is no hiding place.”

In a real-life perspective, we are not perfect and make mistakes occasionally. Real leaders learn from these mistakes and fix what’s not working before it relapses.

Statistically speaking, 55% of the captains of teams in 2017/18 English Premier League are defenders. The major factor behind such decision is that defenders are able to organise the team’s movement from the back.

However, it must be noted that a goalkeeper has the largest vision area in front of him. He can see the formation of both teams ahead, and is usually one of the earliest to spot a dangerous attack. The onus is then on the goalkeeper to communicate to his teammates on their surroundings in the most effective manner.

Sometimes, all it takes is a breakdown of communication between the goalkeeper and his teammates to concede the easiest opportunity for the opponent to score. In 2013, Manchester City and Chelsea were heading to a drab 1–1 draw when Man City’s defender Matija Nastasic headed the ball back to the goalkeeper under tremendous pressure.

However, Man City’s goalkeeper Joe Hart had dashed out of the penalty box and inexplicably missed the ball. Fernando Torres of Chelsea slalomed past both of them to slot in a last-gasp winner. It was revealed that Hart was at fault for not communicating effectively to his defender, hence he was dropped from the starting line-up after several matches.

Peter Shilton, widely regarded as the finest goalkeepers for England, once said:

“As a goalkeeper you need to be good at organising the people in front of you and motivating them. You need to see what’s going on and respond to the threats. Just like a good manager in business.”

A great goalkeeper will ensure that an opponent’s free-kick is foiled by a well-organised wall, or even play as the last defender (sweeper keeper) to prevent opponents from capitalising on spaces behind the defenders, which is best conceptualised by Bayern Munich’s Manuel Neuer.

Check this out: Failure Maketh Man

David Seaman was 39 years old when he captained Arsenal in the FA Cup semi-final vs Sheffield United in 2003. In the 84th minute, when Arsenal were leading 1–0, Carl Asaba thought he had equalised when he headed the ball into an empty net. But Seaman pulled off a stunning one-handed reflex save, and Arsenal went on to win the game.

Agility is a necessary and essential attribute in a goalkeeper. Being agile to sudden changes in the direction of the ball represents a challenging situation where a split-second decision can win the game for your team.

There are two major factors in making a split-second save: Positioning and Preparedness. A goalkeeper has a higher percentage of producing a save if he gets his bearings right when facing a probable shot. However, a goalkeeper’s preparedness is what that sets him apart from the rest of the field. He should possess the ability to be on his toes to move in an instance wherever the ball moves.

Similarly in life, leaders should be agile towards sudden changes in the industry. Leaders who are ready to make instant decisions (Position) and equip themselves with the necessary knowledge (Preparedness) tend to respond better to potential turbulence. 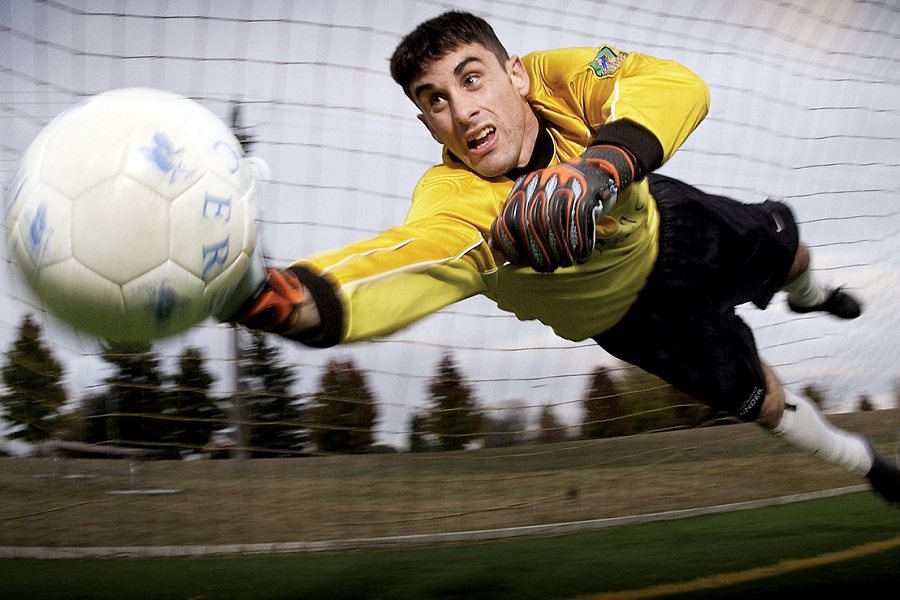 When a goal goes in, everyone looks at you. Do you have what it takes to deal with that?

Every position in a sport provides a unique leadership experience for the individuals involved. In football, goalkeepers are usually filled in by individuals who are considered the “weakest” link in the team. However, a goalkeeper has to be mentally strong, as he carries a heavy weight of expectation within the team.

“Massive, massive mentality. The mental strength, you’ve just got to have that because you get a lot of stick, as a goalkeeper you’re the last line of defence. When a goal goes in, everyone looks at you; you’ve got to be able to deal with that. If you make a mistake, it could be a bad mistake, how are you going to recover? Are you going to react positively or are you just going to cave in?”

It can sometimes seem cruel to the person affected, but with the right attitude, one can bounce back from the disappointment and prove that he/she is dependable by the team.

Leadership through goalkeeping is a great case of experiential learning, which should be pursued by any individual with an interest in donning a pair of leadership gloves.

Pravin hopes that one day he will witness a world-class goalkeeper from Malaysia on the global stage. To discuss football with him, connect with him by dropping us an email at editor@leaderonomics.com.

Meanwhile, to see how you can partner with Leaderonomics Youth or Leaderonomics Campus initiatives, please connect with us at info@leaderonomics.com. We’ll be more than happy to discuss how we can work together to grow these young ones into leaders. 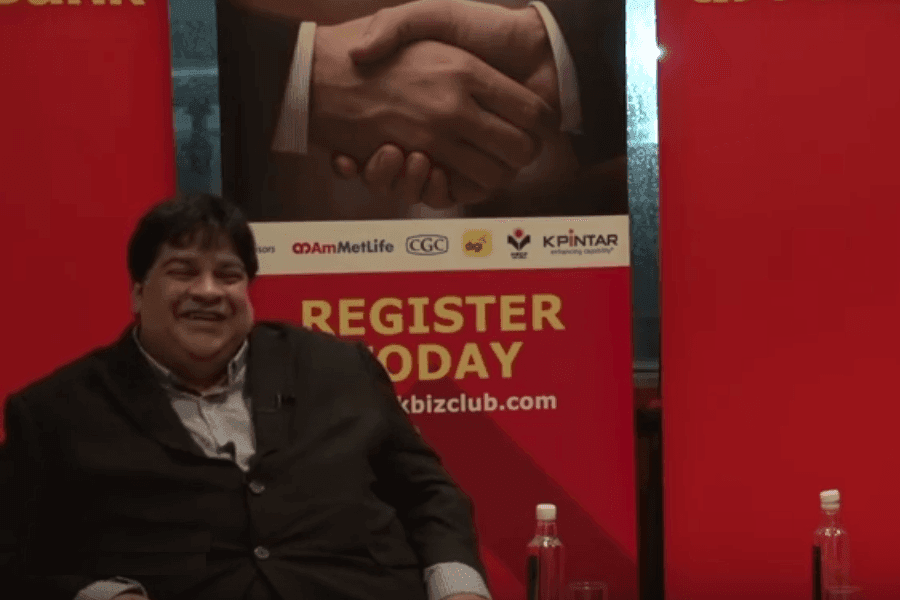