It Is More Blessed to Give 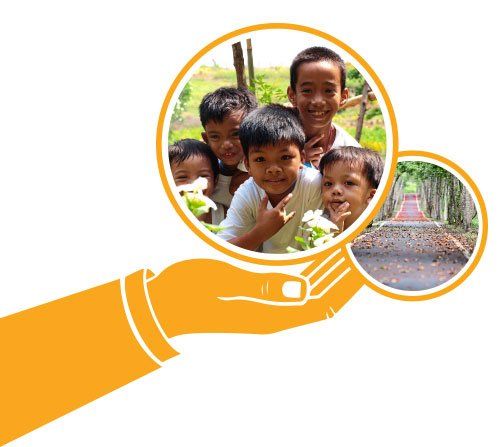 Source: Leaderonomics Archives: With mystarjobs
Of Food, Gangsterism and Psychology: My Path to Fulfilment

“I took the one less travelled by,
And that has made all the difference.” —Robert Frost

Most of my students pursued psychology because they dream of making the world better. While their peers are driven by gold and glory, these students chose to embark on a journey less glamorous but as gratifying, if not more.
While the passion of youth is strong, they dream of an idealistic society. They are altruistically inclined and desire change.

I remember a recent conversation with a concerned parent at an education fair whose daughter expressed interest in psychology as she wanted to help people.

“Will she be able to get a job? Can she get a good salary?” the mother asked.

However, before I could tell her that most psychology graduates end up in the business world—where they apply their undergraduate knowledge to consumer behaviour and earn a respectable income—her daughter interrupted, “Ma, life is not all about money.” I wished I could have given this girl a big, appreciative hug.

Eighteen years ago, upon graduation, I shared my decision with my parents to work at a children’s welfare home. My parents were understanding and supportive. They were the sort who say “It’s okay, you tried your best” after seeing a big red “F” on my report card and allowed me to be me.
Unfortunately for some, their parents would react like many of my relatives: “Why (do) you study so hard to work in this type of place?”; “It’s good to help people but you must also think about your future and save for your retirement.”; “You help people now but next time (when) you (have) no money, who’s going to help you?”

Some may remember the Asian financial crisis in the late 1997. The then Prime Minister of Malaysia, Datuk Seri (now Tun) Dr Mahathir Mohamad, had to impose strict capital controls and peg our currency at RM3.80 to the US Dollar.

My peers and I were fresh graduates and we feared we would not be able to secure jobs as many companies had to downsize.
This, however, was not why I decided to take up a modest paying job in a children’s welfare home. I graduated with a degree in food science and nutrition and was assured by lecturers that we had nothing to fear as the food industry is robust and relatively recession-proof. My industrial training was the tipping point for me. I did not want to spend the rest of my life roasting groundnuts to make peanut butter.

There is nothing wrong with seeking a high-income job. We have been conditioned to quantify success in monetary terms. We’ve been told that if we do not study hard enough, we will end up doing blue-collar work. But that’s not necessarily a bad thing to do.
The implication is this: These are jobs that earn less. Therefore, they indicate less success. As absurd as it sounds, some of us aren’t that driven by money.

I speak for myself (and those like me) when I say, I just want to be part of a community that helps those who can’t help themselves.
While it’s true that if I had been an academic lecturer sooner, I would have my own car instead of driving around in my mother’s car or I could have a bungalow instead of a modest apartment.

I would be lying if I said I never envy my friends when I see their homes, cars and photos of their beautiful holidays.

I too, have investments I would never trade for all the money in the world. I have invested in the future generation. I have photos of my “children” who are now married and some with children of their own.

But like any investment, you win some and you lose some. I lost four boys to vehicular accidents. Some were dragged down by drugs, crime, and unplanned pregnancies. Out of frustration, I wonder if, at the end of the day, was it really worth it?

Then I remember the ones who completed undergraduate degrees, the ones who achieved success in the white-collar world, the ones who love and help despite being deprived of it themselves. As for me, I’m cosy in my small apartment and happy, driving along in my second-hand car.
As much as I have helped them, in reality, I believe these children have helped me more. They have made me become a better father figure. They taught me forgiveness by being so gracious to those who hurt them gravely.

In spite of appalling mistreatment, they never curse their abusers. This will be the greatest education and experience of my lifetime.
I pursued a postgraduate degree in clinical psychology to gain knowledge, emotional, and behavioural management tools. My years of experience dealing with children, their parents, fellow social workers, government officials, sponsors, and the media has moulded me into a lecturer who can offer both content and context to my students.

I have interacted with children involved in dangerous crimes and gangsterism. I have been to prisons and detention centres. I have pitched many things and spoken to so many people to raise funds for various causes. I have appeared on television, radio and print to share my work. This exposure has challenged me to be flexible and adaptable. I am who I am today because of this experience.

Whatever it is, you need to choose what will make you wake up every morning with purpose and moxie. Only then, have you found a path worth travelling.

One of the best ways to give is to give of your time to volunteer and help poor, and helpless kids. At Leaderonomics, we run camps and special programmes for these poor kids. Watch this quick video below on some of our Community initiatives. 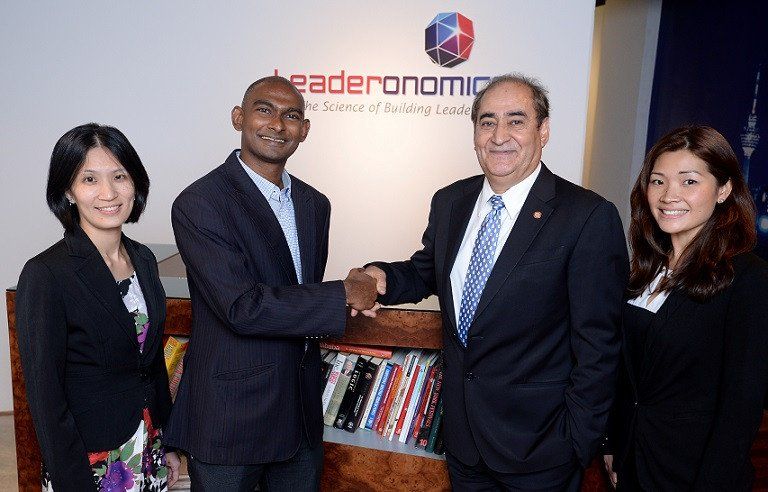 Here’s Your Chance To Experience Unlimited Learning With Leaderonomics!

Alex Lui
Alex Lui currently heads the Department of Psychology, is a Senior Lecturer and Clinical Psychologist at the Faculty of Behavioural Sciences, HELP University. In his spare time, he strives to catch up with his former ‘children’, now adults