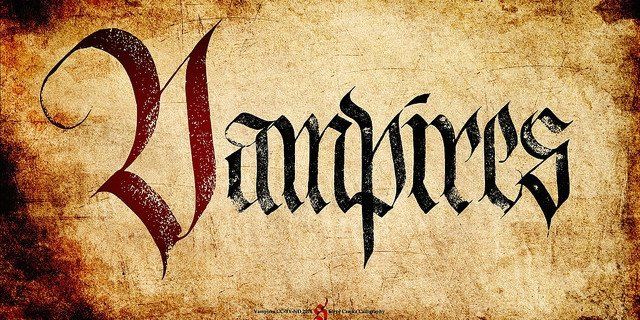 Tommy, a talented software developer is usually a confident and self-composed employee. However, after a catch up meeting with the chief financial officer (CFO), he was visibly shaken and upset. He had earlier booked a meeting with the HR director (HRD) via an e-mail invite with a rather worrying subject titled “Verbal abuse.”

Concerned, the HRD decided to do her homework before the meeting. Reaching out to a trusted colleague, Li Ann, the HRD became even more anxious.

In a hushed tone, Li Ann cautioned, “This CFO is a serial emotional vampire, super malignant, sucks and drains our self-esteem and makes us feel like a bunch of useless and incompetent wretches. He is an egotistical bully and is hell bent at making a bad situation worse when he senses a helpless victim. He never takes ownership of a problem even when he is in the wrong.”

Li Ann continues: “The most worrying thing is he always gets away with murder, never found out for his true (ugly) colours.”

The HRD interjects, “What about his boss? Doesn’t she know?” What Li Ann went on to say confirmed the HRD’s fears: “He’s very good at managing upwards and pulling the wool over his boss’ eyes…”

Reminded of research done by Dr Judith Orloff in her bestseller book Emotional Freedom: Liberate yourself from Negative Emotions and Transform your Life, the HRD recalled that “Many bullies thrive by charming their supervisors and manipulating others to help them get ahead, even while they abuse their co-workers.”

Because many bullies can “possess high levels of social ability,” they are “able to strategically abuse co-workers yet be evaluated positively by their supervisor.”

Li Ann, a talented manager in a career rut, concluded her unpleasant experience with the CFO: “Offend him and you will be squashed if he doesn’t quite know what to do with you!” This sent a chill through the HRD’s spine despite the sunny afternoon.

“Emotional Vampires,” coined by Albert J. Bernstein in his book Emotional Vampires: Dealing with people who drain you dry, “are typically people that are extremely critical, controlling, narcissistic, or generally very negative and manipulative”.

Whilst these may sound technical, they are characters and behaviours, which I am sure you have come across on a daily basis at work.

This article explores the phenomenon of vampires at the workplace and lays out ways of protecting yourself from their venom and constructively dealing with them.

In my line of work, I have encountered many horror stories of energy-sapping bosses or colleagues, all champions of leadership behaviours at their worst.

There are bosses who make work hell, those with a superiority complex where every idea or question is, simply, shot down according to their whims and fancy.

There are also those who thrive in drama and theatrics – stomping, yelling, swearing, arm-or-finger-waving in your direction (sometimes, all of it at the same time!)

It was a particularly good day for Kamal. He had just launched the company’s new flexible benefits programme and was feeling very pleased about his work. It was also a joy to see the excitement and openness from the employees towards the change.

Obviously, he did not expect his colleague, Vampire One, to march in to tell him how much the programme “sucks” and that he should fix it.

Vampire One proceeded to tell him how to do his job followed by an even more condescending reprimand which felt like the longest 10 minutes of Kamal’s life.

Concluding the monologue with a dismissive wave, Vampire One marched out of the office as quickly as he crash-landed.

A HR colleague, Xian, had a discussion on expat compensation with a senior manager, let’s call him Vampire Two. The chat quickly digressed into a demeaning and belittling altercation.

When Xian explained that the final approval has to come from her boss, who is the head of global HR, Vampire Two sneered and spat his venom with his fangs: “You are doing a valiant job at delivering a lousy message. And just so you know, your boss reports to my boss.”

Xian half expected him to stick his tongue out, as a kid would when feeling superior in petty battles.

I once witnessed a manager grabbing his worker’s Blackberry and throwing it into the nearest rubbish bin followed by a string of abusive expletives that will not see the light of day in a respectful office setting.

I recently read of two reported deaths: first – the suicide of a senior leader with a renowned insurance company, supposedly due to a fraught relationship with the big boss which created a lot of undue pressure; second – the death of an intern at a bank I used to work with.

He purportedly worked himself to death. Although the causes of their deaths have yet to be released at the time of writing, I wondered if a more supportive and positive culture would have averted these two tragic incidents.

Corporate Vampires in our Midst

Whilst many companies pay homage to shaping a respectful workplace, free of bullies and workplace incivility, the reality is that “emotional vampires” are in our midst.

Many are left to roam freely and inflict harm on undeserving victims. You don’t have to absorb the vampires’ negativity or put up with life-force-depleting or predatory personalities. You don’t have to be at your wits end or feel trapped in a corner.

While we are led to believe that the panacea for warding off vampires is garlic – well, when it comes to slaying vampires at work, I am afraid garlic just wouldn’t do.

There is no silver bullet. We cannot control how others behave, and on that note, we cannot completely eliminate them from work either. However, here are some vampire busters:

Practise gentle and polite confrontation. Let the bully know that you felt demeaned and belittled. Ask if it was his/her intention to make you feel that way. This takes courage and is easier said than done.

But in life, we have to be courageous at times and take calculated risks. Let your perpetrator know that his or her behaviour is not acceptable and be firm about it.

Make it very clear that you will not hesitate to report the matter to a higher authority if the abuse continues.

As a diver, I have always been fascinated by the Clownfish and sea anemone way of co-existence. The Clownfish are among the few creatures in the ocean that do not get stung by the potent poison of the sea anemone.

This tiny little fish teaches us that we can protect ourselves by being indifferent and emotionally detached to the vampire. Learn not to let their toxin get under your skin or absorb their negativity.

While we cannot eliminate all unpleasant people from our lives, we can help ourselves by being mindful of their behaviours and the impact they have on us.

Rather than wasting time with people who bring us down, focus on the people who are uplifting and who can help us move forward. Life is not about how we fall, but how we pick ourselves up.

The phrase “half-empty or half-full” has been a helpful guide to me. Focusing on what is working can lead us to find new solutions and possibilities that we would not be able to find when frustrated.

Corporate vampires, if not controlled and stopped, will spread their negative effects far and wide into organisations. Their ripple effects are many – diminishing productivity, low levels of employee morale, high attrition, low organisational performance and an unpleasant work environment.

As more innocent victims fall prey to “vampiresation” due to herd instincts or finding it difficult to stand up to them, the malignant culture will destroy any sort of engaging culture necessary for successful operations.

If what I have written resembles your workplace, put a stop to it and if you are the target of the corporate vampires, I hope you will learn new skills to protect yourself and deal with their undesirable antics.

Slaying a vampire takes concerted effort; slaying many takes common awareness. Let’s start by saying “no” to emotional vampires and bullies, and start building a support system to make it harder for them to inflict harm at the workplace.

Anna Tan is a bean counter who found her calling in HR. Her journey in corporate HR has led her to pen “STRETCHED! Unleashing your Team’s Potential by Coaching the Rubber Band Way”, a book which likens human potential to be as flexible and agile as the rubber band. Click here for more articles. 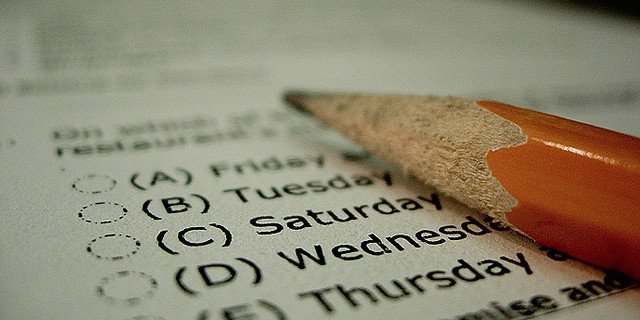 Personal Branding Quiz: How Are YOU Doing?