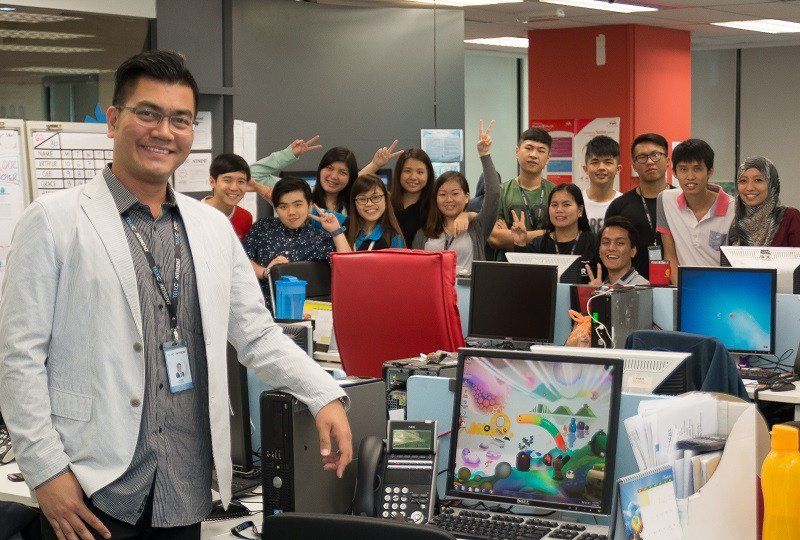 When we think about call centres, what comes to mind is an office full of demoralised employees sitting by the desk answering calls from disgruntled, angry or annoyed customers. It is a job that most of us do not imagine ourselves doing for long.

According to Ong, there is a wealth of career opportunities to explore in the industry, beyond the stereotypes that many people have about call centres.

Ong bagged the best account manager award in recognition of his contributions to the industry, while the young and energetic Low Kar Kee won the title of best professional agent under the contact centres category. 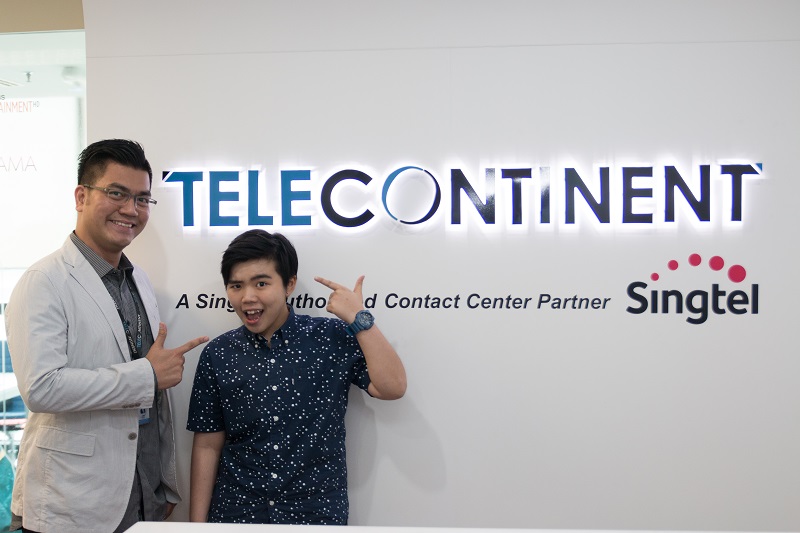 Beyond myths and misconceptions

Ong’s career growth and achievements are a testament that the myth which evolves around working in a call centre is simply that – a myth. However, this myth is so pervasive that even Ong himself believed it when he first entered the workforce more than a decade ago.

“I wanted to do something; but I ended up doing this and not what I wanted. . . I decided to stay until I could get a better job elsewhere,” said Ong, recalling his thought process when he initially took on the job as a call centre executive in an international bank.

A journey of growth

As luck would have it, he met an inspiring team leader and mentor from Australia. She empathised with his situation, as it was all too familiar and she helped him realise the vast career opportunities that were available to him.

“She challenged me to be the leader of the group within the next six months,” Ong recounted.

Being pushed out of his comfort zone worked well for Ong. Not only did he succeed in becoming a team coach, Jusri went on to hold a managerial post before leaving the bank.

He later took on many other managerial positions in several help desks and operational departments in both local and multinational companies alike, exposing him to the international arena.

Some of the most important lessons he learnt were acquired while working at a start-up. Even though he was appointed as manager for a call centre, he was involved in the whole process of running the company, including business development and client management.

By the time that he was ready to establish a new company, Ong was working with the biggest contact centre service provider in Malaysia as assistant general manager.

Thus equipped with end-to-end knowledge of the business and also familiarity with the operations of a world-class contact centre at scale, Ong set up Telecontinent with three other partners in December 2011. 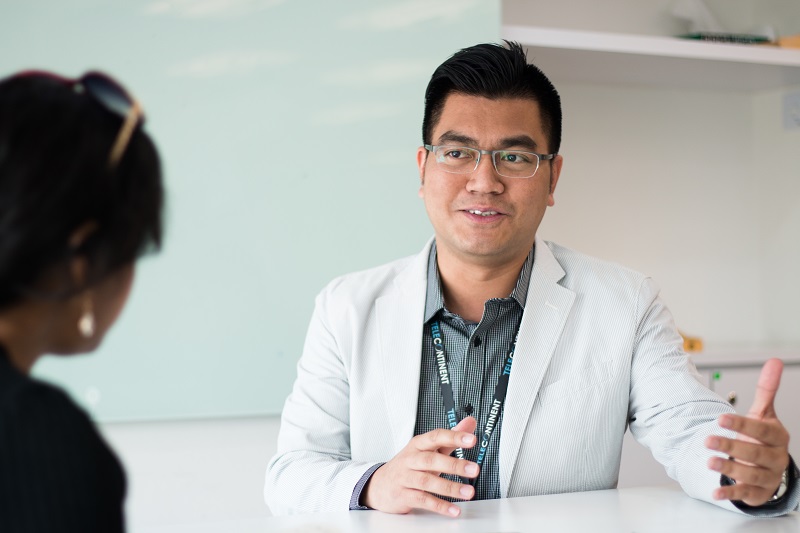 Two years later, when the others exited the company, Ong took the business forward as the sole remaining founder.

Fun and diversity in the workplace

Telecontinent was built on Ong’s passion and his commitment to growing leaders within the industry. He strongly believes that it is possible to combine play and fun at work, allowing for Telecontinent employees to enjoy a work experience that is positive and conducive to their growth.

To cater to the current demographic of agents (who make up almost 90% of Telecontinent’s workforce), the company has in place HR practices that complement the mindset and working style of generation Z.

For example, they have implemented flexible working hours, a casual work attire policy, an effective contact centre design and an open office workspace to support their needs. However, there is no compromise on quality and discipline when it comes to work.

“It’s important to know that we’re in an industry that deals with people, externally and internally. The question we need to ask is always ‘how do we meet expectations, and keep our people motivated?’

“Overall, it’s an exciting and fulfilling journey of engaging our employees, building relationships with clients and evolving together in this industry,” says Ong.

Being a Malaysian company meant that multilingualism was a significant advantage. What’s unique about Telecontinent is that despite being a smaller player compared to competitors in the industry, the company has one of highest percentages of Mandarin-speaking personnel.

With seven in every 10 of its staff being able to converse in Mandarin and other dialects, Telecontinent is strongly positioned to tap into the Chinese market. At present, the company is providing services not only to clients in Malaysia, but also managing contact centre projects for clients in Singapore, India and the United States.

In the age of digital revolution, Telecontinent no longer focuses solely on telephone communication. From a mere discipline of data entry and verbal ability, now you’re required to combine various skills and multiple channels to create a wholesome customer experience.

It sees itself as an omni-channel provider – a channel that incorporates various technological developments, especially social media communication tools such as Facebook, Twitter and WhatsApp. 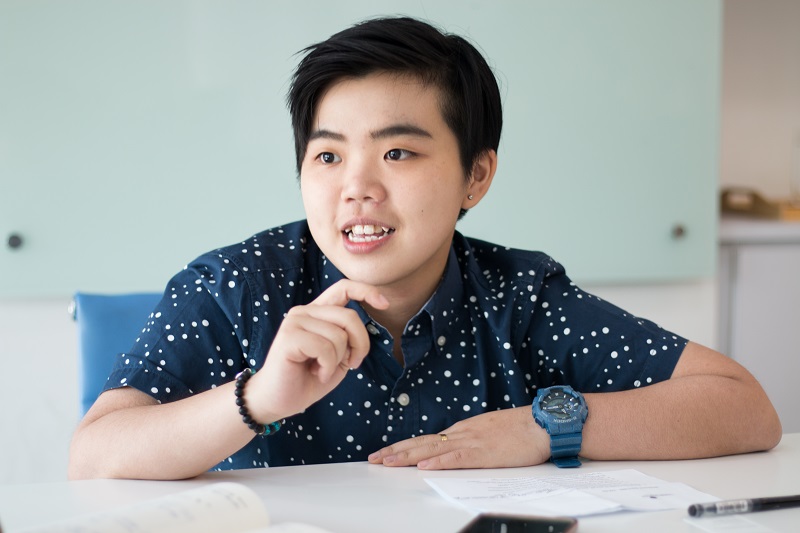 At only 21 years of age, this young woman exemplifies the fulfilment, rewards and rapid progress that one can achieve through a job in this industry. Working as an agent at Telecontinent was the first full-time job Low had after STPM.

Low started as a temporary staff in Telecontinent, but in less than two years, made it to where she is today. According to Low, one of the main driving forces of her success was her desire to prove to her parents that she can earn just as much doing sales, than being a doctor or lawyer.

Her career progression also speaks volumes about the opportunities for self-development in the company. Telecontinent offers a wealth of career openings for passionate individuals.

Most newcomers typically begin as customer management executives. They may later transition to becoming senior executives or team leaders of specific branches such as training and quality assurance, or play support roles within HR and finance.

Those who are capable of managerial roles can be promoted to even more challenging roles within four to five years.

Ingredients for success in the industry

When asked about the most sought-after traits for the industry, Low explained that agents have to be active and self-driven. She attributed her own success to these traits, as well as her dynamism and ability to cope with rapid change.

Social skills are a definite must for a sales or contact centre job, which includes spoken communication and social media literacy. Apart from all of this, it is also crucial for employees to build critical thinking skills.

“The job requires a high level of strategic thinking. Agents are given challenging sales targets, which they must meet through careful and informed planning,” Low explains.

She stressed on the importance of having a positive mindset. A great agent must be able to neutralise negativity, as a bad mood can drastically influence your performance – a sentiment shared by Ong.

The selection process at Telecontinent employs assessments and simulations that test how candidates will react under stress.

“When you are put under pressure; that’s when we can see the real you,” he says.
Being a pragmatist, Ong exposes candidates to a Real Job Preview, where they are shown what the job really entails.

“We let you see the environment. Let you hear a real call. Let you be exposed to the environment that you will be spending most of your hours working on. People may get bored easily, and may not enjoy the job.”

As a leader, keeping the team morale high is a top priority.

Leaders make or break the synergy of a team. . . The great challenge to leaders is to find a new story to inspire their teams every day, said Ong.

And it would have to be great stories that give people a reason to wake up every morning and be excited for work. Telecontinent regularly organises games, outings, and various team building activities to keep people motivated.

Ong and Low are optimistic about the future, although they do not presume that the challenges ahead will be easy. Low aspires to be a trainer to help others achieve the same results as she did.

Meanwhile, Ong attributes his recent “best account manager” title to the support and trust that Telecontinent receives from its clients. This motivates him to keep his company evolving with the times and continue delivering on their tagline promise: “bringing you further.” 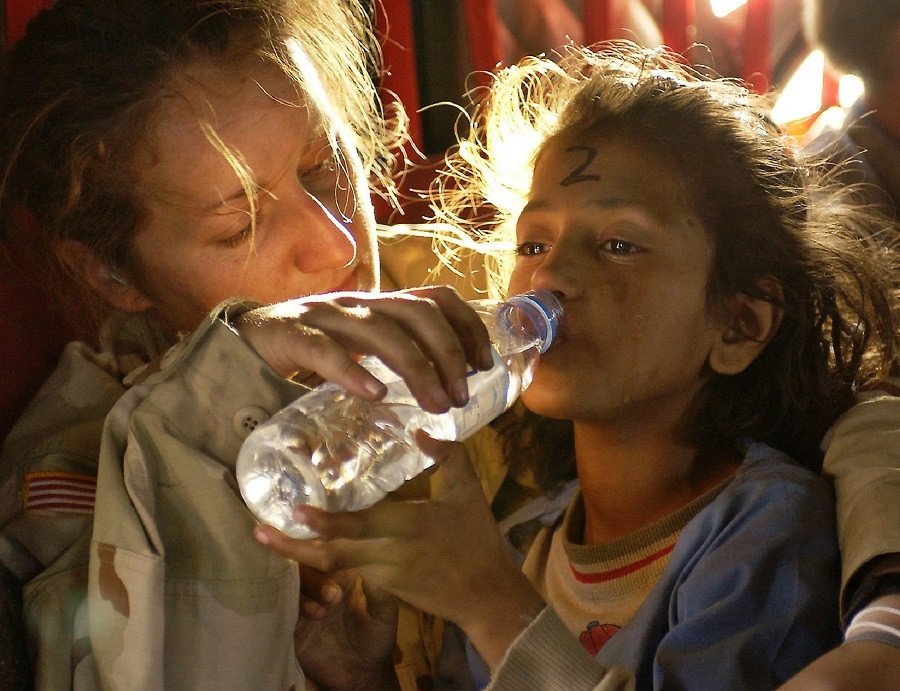 How To Become An International Aid Worker