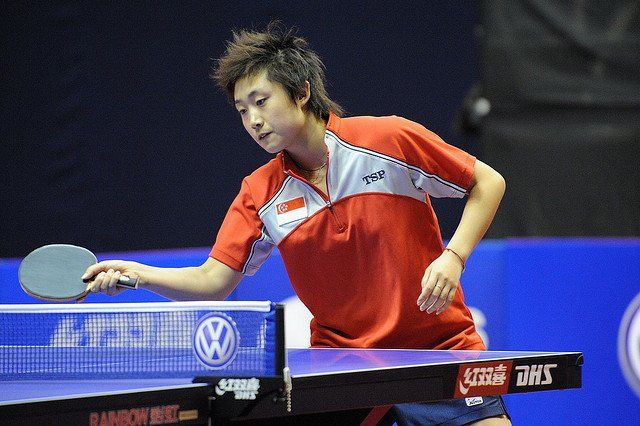 Getting 90% of your workforce to perform like the top 10%

“Jia you, jia you ( play harder, play harder),” rang out loudly in the tiered seating of the Olimpijsky Sports Complex. The 2010 World Women’s Table Tennis finals between China and Singapore were being played out on a chilly spring evening in Moscow.

Ding Ning of China captured the first game against Feng Tianwei of Singapore. After winning the first game, she won the next six points of the second game before Feng could even respond. Ding went on to clinch it 11-3 − a whitewash!

Ding was on the brink of capturing the set that would ensure China’s 19-year reign as the most dominant women’s table tennis team. The Chinese supporters were delirious. The Singaporean fans subdued.

Table tennis fans around the world can tell you what happened next. Feng got back in the game. She edged out the next two sets by the thinnest of margins, ending up the victor with the scores 11-8 and 11-9.

In the final game of the match, Feng managed to pull through and beat Ding, much to the delight of Singaporean fans. Hours later Feng played against Liu Shiwen – the world No. 1 women’s table tennis player. Liu had beaten Feng in all three previous meetings, and she expected more of the same.

Against the odds, Feng outplayed Liu in another thrilling match. With that victory, she and the Singapore team were crowned world champions.

Feng Tianwei was born in Harbin, Heilongjiang, China. She was the only daughter of Feng Qingzhi, a granary worker, and his wife Li Chunping, an employee of a department store.

“I was only five when I picked up table tennis as a sport. I was so into it that I would paddle after school and even on weekends. My passion for the sport is what keeps me going from victory to victory.”

Feng’s parents knew she had passion and natural ability in table tennis. They also knew that without the opportunity to access the right coaching, Feng would never realise her full potential.

Thus, they lived frugally for years so that their daughter could be coached to play in competitive matches. Feng’s father suffered from multiple sclerosis and died in 2002, just weeks before Feng tried out for China’s National B squad.

Although Feng topped the qualifying matches and was called up for the national team in 2003, it was said that she suffered from a long illness ‘because she missed her father too much’. She was never quite the same player after the episode and was later told she was not good enough to be in the China team.

Feng left China in 2005 to play in the Japanese professional league where she was spotted by Liu Guodong, then a coach with the Singapore Table Tennis Association.

In 2007, Feng was invited to train in Singapore under the Foreign Sports Talent Scheme. She became a Singaporean citizen in January 2008. Feng continued to win various international titles. In 2010, she led the Singapore team to the famous victory in Moscow. By the end of 2010, she was ranked No. 2 in the world.

Most recently, Feng was crowned champion at the Philippine and Australia ITTF Open and placed third at the China Open. During her journey, Feng faced many obstacles but managed to overcome all because she had the primary ingredients for success: passion, ability, and most importantly, the opportunity to realise them.

Because it believed that she would be a world champion, the Singapore team treated her like one. And Feng began to think and perform like one. There are many lessons we can glean from Feng’s journey:

When people love what they are doing, they go to work knowing that every day brings opportunities to fulfil their passion. They yearn to learn and do better because they want to be great at what they love. These individuals benefit immensely.

Companies also benefit as this drives higher productivity and results in delighted customers and business results. Imagine this scenario. People are in jobs they are dispassionate about, resulting in poor performance.

They don’t like what they do and their bosses remind them that they are bad at doing it. Their morale dips and their belief that they can do better gets chipped away. This brings productivity down, causing negative energy to permeate the workplace.

To stir up your people, allocate work that would evoke their passion. People are passionate about work when they:

In summary, passion is about one’s desire, motivation and self-belief. When we understand this, then helping people find the right job that harnesses their passion becomes easier.

A powerful way of growing ability is to use a combination of training, learning by doing, and feedback, also known as the 70-20-10 developmental approach.

Why integrate these three developmental approaches?

All this results in mastery, whereby you can apply the skill consistently and correctly.

The 70-20-10 approach to development is not new. Some 50 years ago, Robert Wood Johnson (ex-chairman and co-founder of Johnson & Johnson) wrote:

There is a lot of research that validates Johnson’s thinking about the power of 70-20-10 development. In practice, many companies spend most of their development dollars on training programmes. Why?

A key reason is that they have muddled learning key performance indicators (KPIs) for example ‘All employees will go through a minimum of five training days a year’.

Training departments scramble to add more programmes to meet this KPI. Their goal is to get people into the class, whether they need training or not because that’s what a five-day training per employee KPI demanded.

Companies which reward efforts in training solutions will get exactly what they ask for − a learning organisation that channels the majority of its time and money in an incomplete way of developing people.

Lesson 3: Provide opportunities to rise to the top

There are a few reasons why companies should fill positions from within.

Firstly, a 2012 Corporate Executive Board Asia survey indicates that the majority of executives are not confident their recent hires are a great fit for the job or company. In other words, there is no guarantee that an external talent will perform better than an internal candidate.

Secondly, companies assess their people for potential and performance. The chosen ones become members of a high-potential talent pool.

The selection process for the talent pool works when the assessment is accurate. Employees believe they have a fair shot at being chosen, and those not selected continue to be engaged, and get other opportunities to join the pool.

However, not many companies get this right. Challenges, which include differentiating charisma from substance, accounting for bias, and forecasting the type of talent needed in an unpredictable operating landscape, mean that the selection process is not flawless.

Neither is it without cost – as dramatically highlighted by Feng’s move to the Singapore team.

So before you make a bet on an external hire, look within first. Recognise that internal candidates have certain advantages:

Thus, you can harness these by giving them the right job opportunities. One way is by providing platforms that offer all employees the opportunity to showcase their talent to senior leaders.

In this way, everyone has a chance to rise to the top. While not every employee will or want to seize the opportunity to stand out, those who are especially ambitious, smart and driven are the ones most likely to take advantage of these opportunities. They are also likely to be the best.

Feng is a star. Her performance was the difference between getting a gold or silver medal for her team. However, without the right team, her efforts would have been futile.

The team includes Feng’s teammates and the backroom staff comprising the team manager, coaches and physical therapists. Feng was only as good as her team.

Here is a corporate world example that reinforces this point. In 1971, Robert Nardelli joined General Electric (GE) as an entry-level hire. He rose through the ranks quickly by producing sterling performances year after year.

In 1995, he was appointed president and CEO of GE Power System and was one of three candidates shortlisted to succeed Jack Welch. However, he came up short in the race and subsequently left GE.

In December 2000, he took over the reins of Home Depot. Some years later, he resigned after the home improvement retailer struggled with slowing financial performance and complaints about his heavy-handed management style.

Why did he fail? There are many reasons but the one offered by Daryll Allen, ex-chairman and CEO of Aeroquip-Vickers, makes a lot of sense.

“In my experience, former GE guys consistently underestimate how good the infrastructure was at GE and just assume it exists at the same quality in their new company,” said Allen.

In other words, as good as Nardelli was, he needed the right team, culture and processes behind him.

While I am not advocating that stars are unimportant (because they are), the point is that for great people to perform, other factors like culture, people and processes are required.

Hence companies must move away from the idea that only a handful of people have the talent which determines organisational success.

Instead, we need to embrace the belief that everyone has passion and ability that can be channelled for productive application.

I call this approach 90-10 talent management because it is about getting 90% of the workforce to perform like the top 10%.

Companies like GE, Toyota and many others have achieved this. These companies share the common belief that people are at their greatest when three things happen:

These companies do three things to bring together passion, ability and opportunity:

The unfortunate mathematical fact is that only 10% of your people are going to be in the top 10%. So, companies have a choice. They can chase the rare talent or they can do something more useful.

Build a company that makes it possible for 90% of employees to perform as if they were in the top 10%.

Hence, these companies provide work that brings together this happy confluence of passion and ability. Their people are energised, they are curious, and they can’t wait to get to work because it is so much fun.

This energy charges across the entire company and is translated into positive employee engagement scores and sustainable business results.

Now isn’t this something really worth chasing after?

David Wee is a HR director currently based in Indonesia who has lived, worked and travelled all over the world. To send your feedback, email editor@leaderonomics.com 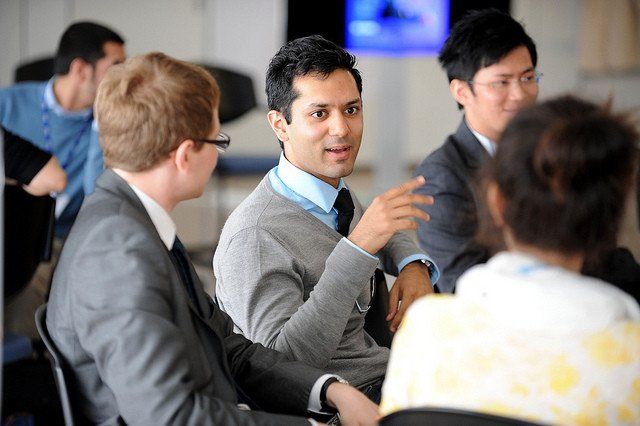 Tips For A Good Internship Experience