Lessons from 3M: Why Investing In R&D Is Your Ticket To Success 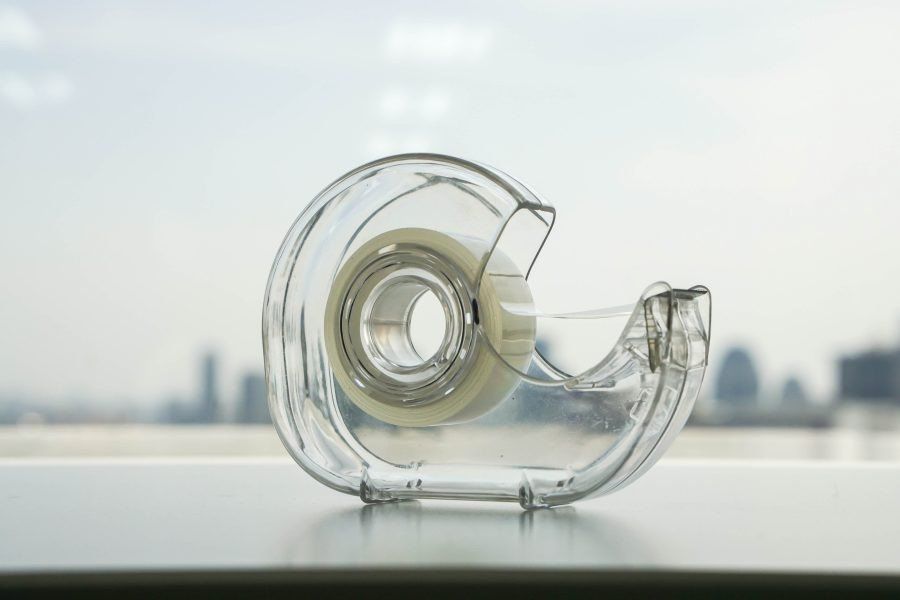 When Sir George Buckley assumed the role of chairman and chief executive officer (CEO) at 3M in 2005, he found a company that had long been known for innovation – it had created Scotch tape, Post-it Notes, and thousands of other consumer and industrial products over its proud 100-plus year history.

He also found a company that was suffering from sluggish growth and had just gone through severe layoffs and a bout of cost-cutting.

In the four years before he arrived, capital spending had been slashed by 65% and research and development (R&D) by 25%.

Earnings had indeed improved under Buckley’s predecessor, but the newly installed CEO was worried about the future.

Buckley, a straight-talking Brit who grew up under tough circumstances in the slum area of Pitsmoor in Sheffield, England, is an engineer by training – and, he says, by inclination.

He displays an uncanny knack for driving straight to the heart of a problem and inspiring people to rise to the occasion to solve it.

But the executive team and workforce he says he encountered when he arrived at 3M were demoralised and scarred by years of cutbacks.

How could he get them to rekindle their imagination, take more risks, and become more innovative again?

Companies looking to build a strong R&D culture first tailor what is measured, monitored, and controlled to suit their long-term outcomes and then strike the right balance between performance and innovation.

When Buckley asked himself why 3M wasn’t enjoying solid growth, he discovered that the board and the former leaders had not made the natural link between innovation and growth and had been solely focused on classical financial metrics: earnings per share growth and economic value added – a measurement of how efficiently the company deployed its capital.

The root of the problem, as Buckley saw it, was that in the name of short-term results, innovation (and the growth that came along with it) was being short-changed.

In addition, the company’s scientists and engineers had been made to feel like second-class citizens.

Buckley reached back into 3M’s history and reinstated a key metric known as the New Product Vitality Index (NPVI).

He examined the decline of 3M’s core businesses and found that, just to overcome natural attrition, at least 14% of the company’s revenues must come from products introduced in the last five years.

“No one in the company knew these numbers anymore,” recalls the CEO.

“They should have been front and central to them, but they had fallen into disuse.”

But this 14% only holds the company’s year-over-year growth flat. To grow at a 4% compounded annual growth rate above what the market was growing required an NPVI in excess of 30%.

Through this lens, Buckley saw that 3M’s core products were dying – some were being attacked by the competition, while others were cannibalised by new products.

He found that only 8% – never mind 30% – of the revenues in the company’s core business were coming from products introduced in the previous five years.

Some important divisions’ NPVIs were even zero, where new product development and innovation had been completely eliminated. That meant 3M’s core product lines were wasting away faster than new product lines could replace them.

Says Buckley: “I said, ‘Look guys, we’ve got to get back to innovating and growth. Because when you’re growing at 1% and the market is growing at 3% – this is not going to have a happy ending.’”

By the time he took mandatory retirement at age 65 in 2012, Buckley had grown the share of new products launched over the previous five years from 8% of sales to 34% of sales.

And if you look at the company’s performance over the long haul, 3M’s stocks from the time Buckley took the helm in late 2005 to 2017 (his lieutenant became CEO and continued his long-term strategy) has more than tripled. 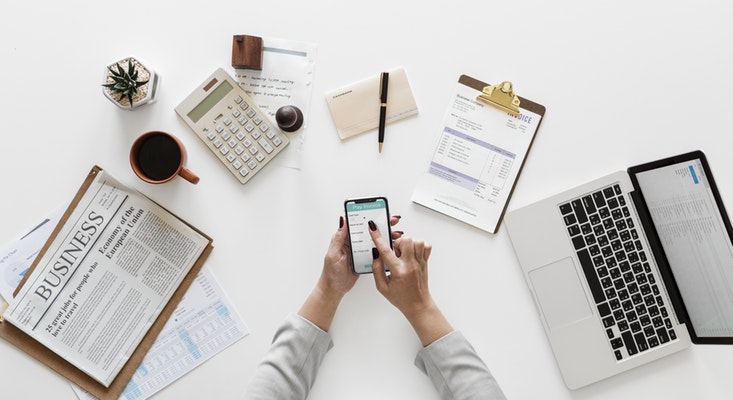 We identified five critical principles that led to 3M’s turnaround.

What Buckley knew from previous experience was that you can’t compete in today’s environment without spurring cutting-edge R&D.

As we all well know, the rise of big data, next-generation analytics, artificial intelligence, the Internet of Things, and robotics are turning multiple sectors of the global economy upside down.

All this disruption also means that over the next decade, there will be a heightened premium on innovation.

To compete, more established companies will need to spend a great deal of capital to keep their products and services constantly a step ahead of their rivals’.

If Buckley was to get 3M to reach his goal of getting at least 30% of each division’s revenues from products introduced in the last five years – he knew he would have to find the money to fund R&D without diluting earnings.

He did two things: He freed up capital by reshaping his portfolio of businesses, and also by making his supply chain and operations more efficient.

Now, Buckley had to decide where to spend his R&D war chest. Buckley and chief financial officer, Pat Campbell, listened to the input offered by the leaders and employees of their 37 divisions.

Each was asked to put together a one-page business plan to talk about new products and growth potential, as well as the split between capital expenditure and how much they wanted to spend on expenses, R&D included.

Then, the duo ranked them based on the quality of their ideas and on their historical growth rates in sales and earnings.

Money is a necessary but not entirely sufficient means to spur innovation in organisations. CEOs must create a culture where people feel they are not only supported by the executive team but also safe to take risks and perhaps even fail.

Whether you worked in 3M’s biggest or smallest division, you had a shot at getting increased R&D and growth funding. And once people started realising that projects they had been afraid for years to propose might get funding, a floodgate of ideas opened.

During his first year on the job, the number of ideas increased from none to 60. By the end of the second year, the executive team had twice as many good ideas as it could fund without affecting operating margins.

And employee engagement numbers had risen significantly – at the end of his tenure, they had risen by a factor of five.

Any CEO wanting to spur innovation should understand that there can be as much gain in improving processes and materials as there is in new product launches.

In other words, innovation can be about not just adding technology but doing something you used to do at a fraction of the cost.

3M, for example, is the largest respiratory mask maker in the world. At a strategic planning meeting, Buckley asked what it cost to make each mask. He was told it cost over a dollar. So, he then challenged the leader of that division to make one for just five cents.

She looked at Buckley from the other side of the table and said, “George, it’s impossible” – the cost of the material alone, she said, was vastly more than five cents.

However, she soon took up the challenge, and a year later, 3M released a mask to market that cost less than 10 cents to make.

“There’s not a product in the world you can’t innovate,” says Buckley.

“Just use your imagination, laud successes, and ignore some of the failures, and this will change people’s attitudes to the point where they start to think they can really do this.”

Dennis Carey is a Vice Chair of Korn Ferry and founder of the CEO Academy®. Brian Dumaine is a contributor to Fortune magazine. Michael Useem is professor and director of The Wharton School’s Leadership Center. Rodney Zemmel is senior partner at McKinsey and managing partner for New York, Boston, and Stamford. This article is adapted from Go Long: Why Long-Term Thinking Is Your Best Short-Term Strategy (2018), by Dennis Carey, Brian Dumaine, Michael Useem, and Rodney Zemmel. 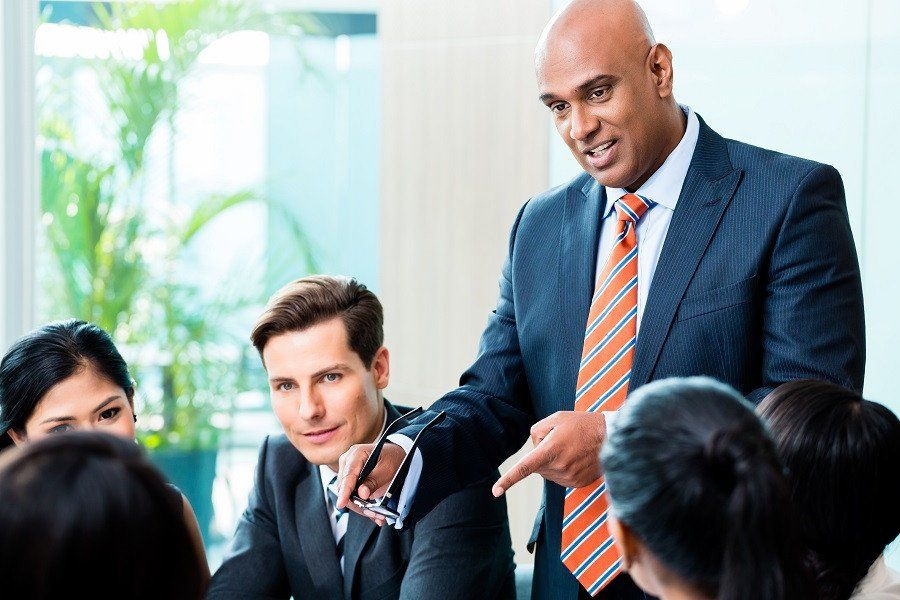