Playing the Infinite Game of COVID-19 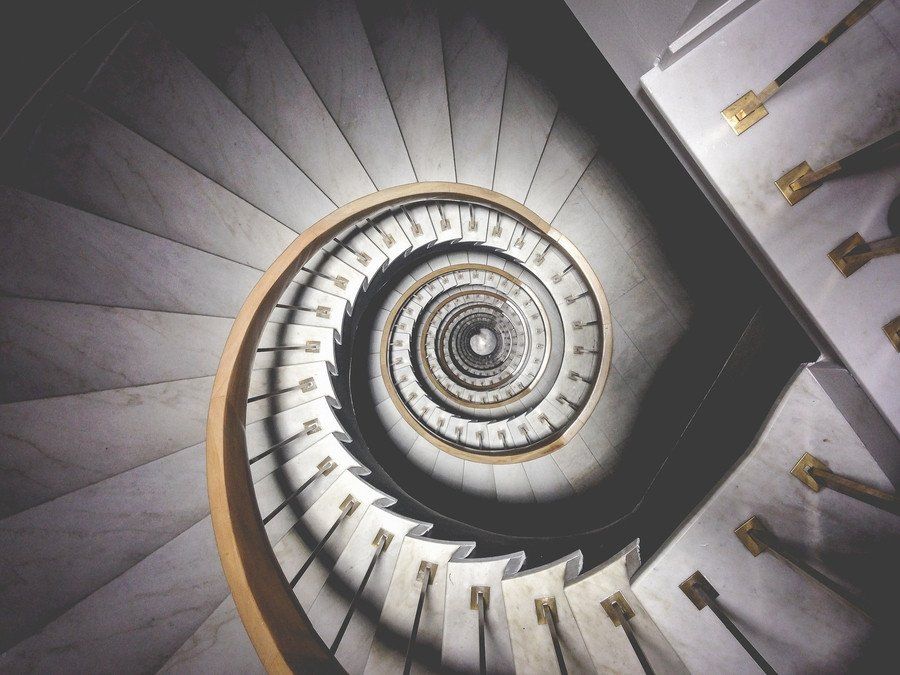 Player one has entered the game

They had taken the finite and transformed it into an infinite game. The fun was no longer in winning. The fun was in playing.

When you start playing a new game, is your inclination to stay in place and wait for explicit instructions, or is it to explore and test the boundaries of this new unknown?

Returning to the (hopefully clickbaity) title, to answer the question of how we should play the COVID-19 game, we first need to understand what type of game we’re playing, what our goals are, and what rules have been set in place to constrain out actions.

In a recent interview with Vyasa Kandasamy of CAD Training Center, Jegatheeswaran Manoharan shared his insights on just that. Jega is the director of Accordia Training & Development, a Training and Development Center that specialises in applying serious games and game-based-learning to corporate training. Jega is also a current board member of the North American Simulation and Gaming Association (NASAGA).

A finite or infinite game?

The most important concept that Jega touched on was the distinction between finite and infinite games. This was based on a book titled Finite & Infinite Games by James Carse written in 1986.

In a finite game, the goal is to end the game as the winner. Many board games, video games and sports fall into this category.

In an infinite game, the goal is to keep playing forever. The players in the game may compete against each other, but they never want to truly wipe each other out or the game would cease to exist. The joy lies not in winning, but in continuously surviving in the game for as long as possible. There may be small finite games played within a larger infinite game, but ultimately the purpose is to never stop playing. 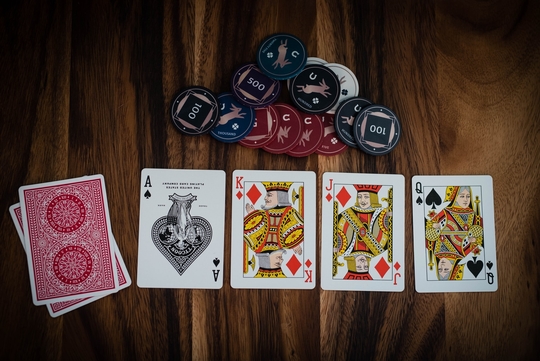 You just know the river is gonna be a ten.

Take gambling. Professional gamblers are playing a finite game. They want to beat the house and turn a profit. To do this, they calculate odds, research teams, set limits to what they can lose and never go beyond that.

Recreational gamblers don’t care about making money – they just want to gamble. They might win a few rounds (small finite games), then lose it all the next time (more finite games). It doesn’t matter, as long as they can keep going. The casino, meanwhile, may take more than they give overall, but it never truly bankrupts its players, or there would be no more gamblers. And so on and on it goes – ad infinitum.

Read: The Game of School

What about the world of business? Is the goal to wipe out competitors and become a monopoly, or to compete and innovate endlessly?

Here, Jega cites telco giants as evidence that it is the latter. If you laid out all the major telco plans next to each other, it would be impossible to compare them on equal footing. One inevitably has certain features or prices the other doesn’t and vice versa. They just about edge each other in their own unique ways. Almost as if (tinfoil hats at the ready) by design.

With the billions they have for research, why not develop the single best plan that no other companies could compete against? Why allow the other players to exist? Because wherever you have monopolies, you have stagnation, lack of motivation and eventual decline. Unless you are running a dictatorship, you risk allowing new entrants into the market that are hungry and innovative. You risk allowing your success to be your own undoing.

Any established player knows this, and so they compete with each other just enough to keep the status quo going forever.

This is, of course, old news for many of you. Its main purpose was not to convince you of global market conspiracies, but to show how relevant game design concepts are to real-life situations, which begs the question: is COVID-19 a finite or infinite game?

COVID-19 is not just an infinite game, it’s also a key player – one that does not want the game to ever end. It wants to spread and duplicate, but does not actually want to wipe out its host, or it would die too (in a way, it’s pretty good at this, most people will not actually die from it). COVID-19 wants to stick around forever.

Obviously we do not want COVID-19 to stick around forever, but while it’s here we have to learn to live with it. Therefore, says Jega, we are playing both a finite game and an infinite game simultaneously.

On the one hand, we have governments trying everything to defeat COVID-19. They are locked in a finite game with a ruthless and tireless player that wants to play an infinite game. Jega quoted an example shared by Simon Sinek on the finite and infinite game with the conclusion of the Vietnam war that saw America retreating in defeat, despite losing only 50,000 troops to Vietnam’s staggering 2 million deaths.

America had been playing a finite game – they wanted to go in, quickly eliminate resistance and end the game victorious. Vietnam was playing an infinite game – they were willing to drag the game on forever because if it was allowed to end quickly, it would be the end of their survival.  The Americans were unprepared to play this game, and so they lost. 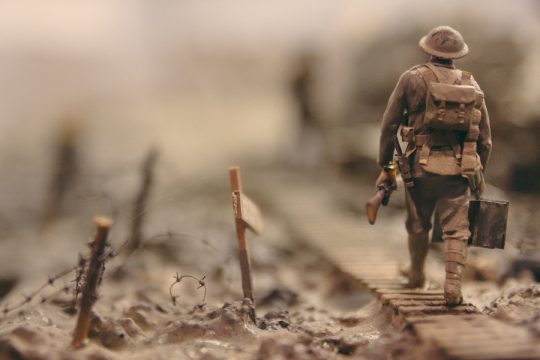 Businesses, and indeed everyone else, would do well to approach a post-COVID-19 world with the perspective of being a player in an infinite game. Here, COVID-19 becomes a new set of constraints that have suddenly been introduced, like a massive plot twist that the author of our lives decided to pen.

With this perspective, says Jega, comes an openness to experiment and explore and work around the new rules to continue existing and playing the game. If industries cannot afford to wait for a vaccine to be created, perhaps they could look into funding more efficient testing measures to properly screen people. The ability to quickly determine if someone was sick would certainly improve public and government confidence in allowing shops to reopen and fill up with customers.

Speaking directly to the training industry that has been badly hit by the virus, Jega warns against simply jumping onto the digital bandwagon without thought. This would be playing a finite game with a foolish goal – doing something for the sake of doing something, or just because others are doing it. Instead, be honest about the strengths and limitations of digital classrooms with clients, and make them understand and adjust their expectations. What good would be making a quick sale at the cost of goodwill and brand recognition?

Yes, short term finite games must be played for short term survival, but never at the cost of our position in the more meaningful and sustaining infinite game.

Remember that businesses playing an infinite game should have infinite goals. Adding value to customers’ lives, being constantly innovative with products and services, and remaining competitive, to name a few. Chances are these goals remain relevant, perhaps even more so, in the face of a global pandemic.

Another huge part of infinite games is that established players do not truly want to wipe out their competitors, but they do want to deny new entrants into the market. This means now is the time to open up avenues of collaboration with everyone and anyone. Look to potential prospects you might never have considered before. You’d be surprised at who you end up partnering with, or selling to. Just be sure to never lose sight of your greater purpose.

Yes, short term finite games must be played for short term survival, but never at the cost of our position in the more meaningful and sustaining infinite game.

Jega recalled younger days when he played Monopoly with his cousins. A rule of Monopoly is that if you land on someone’s property and can’t afford to pay them, you are out. During the late-game stage, this is a very real threat, as every property will have been bought along with houses and hotels. Jega and his cousins introduced I.O.U. cards to the game so that players could keep going on credit.

A typical game of Monopoly which usually takes about an hour and a half to complete would stretch on for literal days. They would record everyone’s progress then come back the next day to resume playing. Why? They had taken the finite and transformed it into an infinite game. The fun was no longer in winning. The fun was in playing.

The full in-depth interview can be viewed below:

See Also: What Playing Basketball Taught Me About Winning at Life 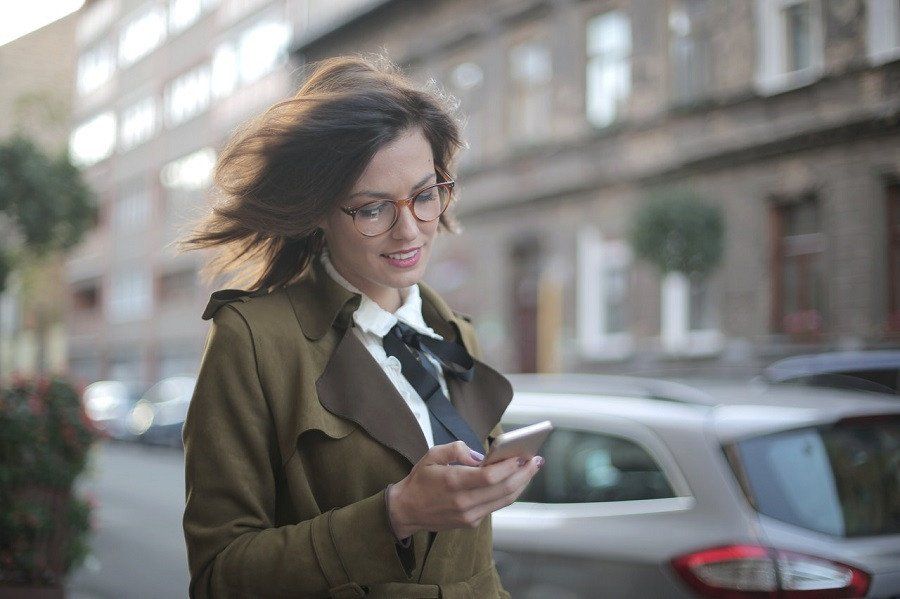