Change Your Approach With The Times

Go to a magazine store, grab some magazines on topics you would never think to read and see what’s going on in the world outside your fields of interest.
This exercise was presented by futurist Joel Barker on The Leaderonomics Show as he chatted with host Roshan Thiran on the importance of stepping outside our comfort zones, advising that the future “comes from many directions” and that opportunities arise “in places you would not expect”.
Joel Barker is one of the world’s leading futurists, and he took time out of his busy schedule to visit Leaderonomics CEO Roshan to discuss the concept of paradigm shifts in helping to transform the future for organisations and nations alike.

Barker is a highly sought-after educator, and has been enlisted by a number of governments to drive forward progress in countries including Singapore, Canada, the United States and, of course, Malaysia – a country he has visited many times and been left “impressed by its complexity and courage”.
Joel Barker is also an author and film maker. He has spoken about his work to more than one million people worldwide, and his films have been watched by over 250 million people across the globe.
In 1986, Barker released his first film, “Discovering the Future: The Business of Paradigms”, which went on to become the best-selling business video in history. In 2001 he updated this film, which has been translated into 16 languages and continues to be a significant influence for many people to this day.
In 1990, he produced his second film, “The Power of Vision”. This became his second best-seller, and has also been translated into a number of languages. Barker’s other educational films include “Wealth, Innovation, and Diversity”, “Leadershift”, and his latest video, “Innovation at the Verge”.
Appearing on The Leaderonomics Show, Barker describes himself as a “process futurist”. The other type of futurist, he says, is a “content futurist”.

The difference between the two is that content futurists tell us what the future will hold in terms of business, technology, social progress and other key aspects, while process futurists teach us the ways in which to think about and analyse the what that will help us gain a greater advantage in using whatever the future comes to offer us.
Discussing the process of paradigm shifts and how businesses can profit from spotting and making use of them, Barker says: “As soon as you’re aware of what it can do, it releases you, because you can look and say, ‘OK when I say that, it’s because of my paradigm – not because it [your business approach] is absolutely true’ and then you can say, ‘OK, is there another way to look at this?’”
To help businesses look toward the future and establish a foundation conducive for success, Barker asserts that the success of his own work is to avoid being prescriptive in helping his clients.
Rather, he leads them to realise their own way forward by pointing them in the right direction through adopting a certain way to approach obstacles and challenges.
He says: “If you understand the way the system works, you can choose to see the world anew.
“It’s why human beings have such power.”
“If we look at most creatures, they’re genetically programmed into a very tight paradigm. They do it really well but, if you ask for a massive adaptation, you don’t see very many animals go, ‘Well, let’s do an iron age instead of a bronze age’.
“We don’t see that out there, but we have [the capacity] because of the phenomenal piece of equipment [the brain] we have up here.

We can choose to redefine the world and re-see it. It tells you how complex the world is that we can keep re-framing it. We never see the entire thing, but we can do another slice of it and, as we change the slice, we change things.

“Think about Einstein re-seeing what Newton had seen. We still use Newton’s mathematics for a lot of things, but we also know that there’s stuff Einstein did better. His paradigm gave us a broader problem-solving capacity.”
The paradigm shifting futurist emphasises his admiration for the complexity of Malaysia, praising its courage to keep trying new ways to carry progress forward.
On the next steps Malaysia should take, Barker cuts a diplomatic figure: “I don’t know Malaysia well enough to comment.
“It’s a very complex country, and I’m impressed with the complexity; I’m also impressed by the willingness to keep trying new things. The thrust to say ‘we’re going to be an innovative country’ – there are a lot of countries who wouldn’t even dare to do that.
“I actually use the country as a model when I talk about the 2020 project – I can’t name you another country that has been so specific and so willing to put itself on the line; that’s so courageous and, as a tradition in the country, that’s very powerful.”
Talking about the importance of having a vision, Barker iterates the phrase,

If you don’t know where you’re going, anywhere’s alright to be.

Values, he insists, are fine, but a principled leader without vision can find themselves going round in circles.

People in organisations with vision tend to be a lot more efficient in the use of their energy and their time. 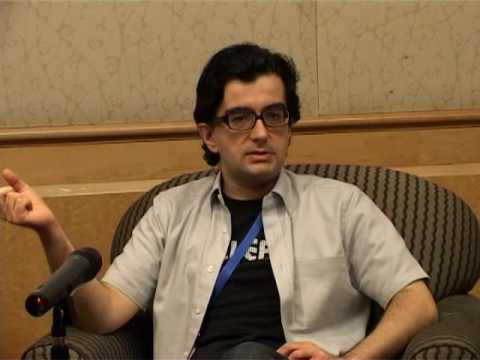