Leadership Lessons From The Brains Behind Virgin Atlantic 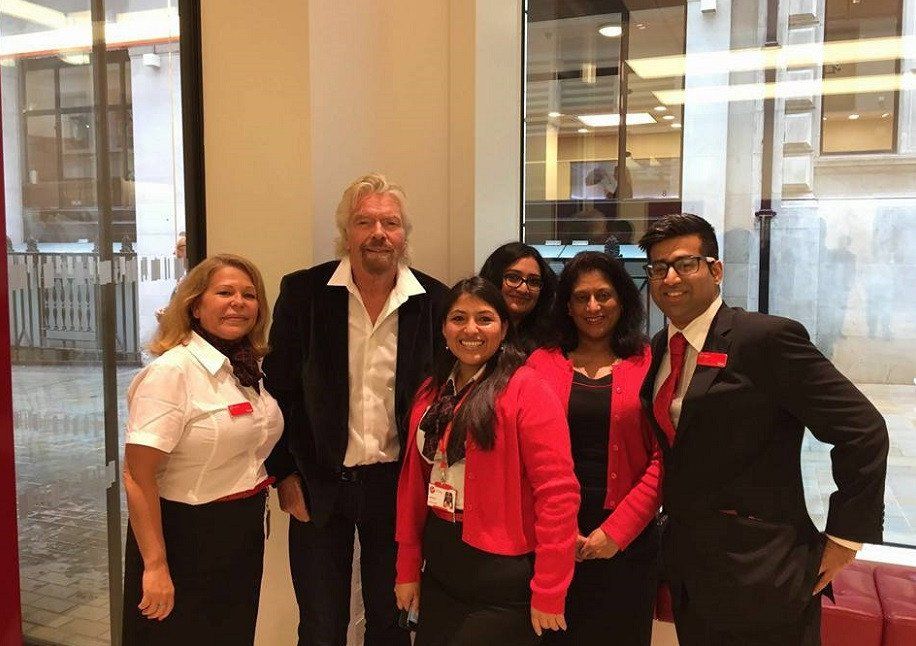 I was approached by David Tait recently to form a speaking partnership. Tait was with Virgin Atlantic Airways from the very beginning and is acknowledged by Sir Richard Branson as having played a pivotal role in the development of Virgin, including the famous strategy of Screw It, Let’s Do It which has marked Virgin’s progress from an underground office to a global luxury brand. 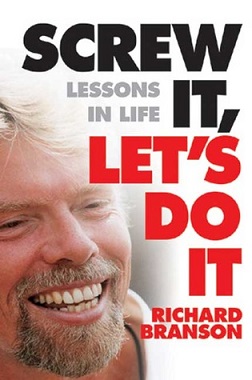 He was awarded an OBE (Officer of the Order of the British Empire) in 2001 by Queen Elizabeth II for “services to British aviation in the US”. Since that time he has worked as a consultant to the airline and travel industry and is a founding partner in the online luxury hotel booking site “Discover Luxury”.

Tait has a veritable treasure trove of stories that offer insights into the ingenious and disruptive strategies of a serial entrepreneur and the Virgin brand.

Here are just a few of the stories we share in our work together.

“As the head of Virgin Records, Richard Branson was a frequent flier between London and New York. Frustrated by consistently high fares and bad service he was convinced there had to be a better way and so, never one to be hindered by conventional wisdom, decided he would look at starting his own transatlantic airline. He’d learned from his success in the music business that what doesn’t work in theory can sometimes work in practice. But this was different – in a business ruled by Goliaths, starting another airline was a major leap of faith!
But just ‘another airline’ wasn’t what Branson had in mind. With the help of a few former Laker executives and some entertainment industry flair, Virgin crafted a radically different model. Branded Virgin Atlantic Airways – by conservative airline standards a risqué move – the product it offered would be equally disruptive.” 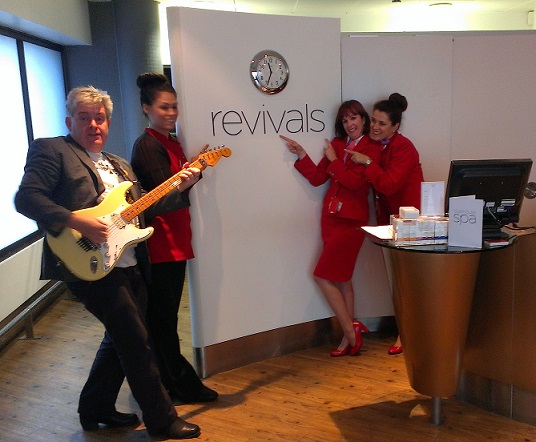 An obsession with customer service at the Virgin Upper Class with the writer (with guitar).

Being frustrated is insufficient to innovate. You must go on and do something about it. After some 5,127 prototypes later, Dyson produced his first commercially viable Dual Cyclone cleaner. Branson also went past frustration and disrupted the market in a monopoly industry.

An Englishman in New York

Tait recalls the “screw it, let’s do it” days of Virgin Atlantic’s maiden flights to New York. One of Branson’s secrets is that he is a master of delegation and that sometimes means he does not always “do the detail”.

It turned out that Branson had managed to forget his passport for his first Virgin Atlantic flight to the US, which technically made him an illegal immigrant! Fortunately, Tait skilfully navigated his way out of the problem.

Tait also shares insights on how to change the customer experience via the early days of Virgin Atlantic with a fellow alumni of my secondary school, Sir David Frost (excerpt from the book):

“Those on the inbound trip were party to a flight that could well have made the Guinness World Records book for the most champagne consumed on a single Atlantic crossing.
A smiling David Frost, who was almost a weekly commuter across the Atlantic at the time, told me that it was the first time he’d ever made the entire seven-hour trip standing up with a drink in his hand.” 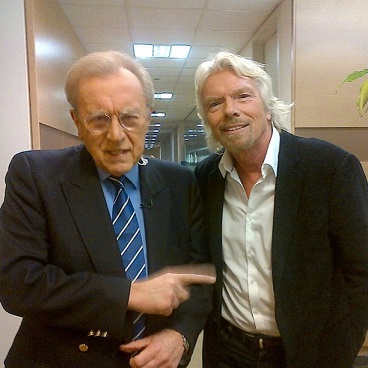 As well as some great storytelling, together Frost and I offer deep insights and takeaway concepts presented in ways that last forever. My experience of teaching MBA over 20 years has shown that we are missing out on the heart and soul of leadership by just teaching dry concepts. The mnemonic MBA should really stand for Much Bigger Amplifiers rather than More Bloody Analysis!

You may screw it, but move on

We finish with the hilarious story of Branson’s entrée into the world of cola, which resulted in failure.

“When trying to promote anything in the US one really has to ‘Go big or go home’ – well, we went big! … I drove a vintage Sherman tank down Broadway … heroically smashing through a giant wall of Coke and Pepsi cans.” – Sir Richard Branson

On this occasion Branson’s underlying modus operandi of “playing David to Goliath” did not succeed. Coca Cola engaged their massive distribution machine to ensure there was no room on the shelves for Virgin’s product. Coke was discounted massively and Virgin retired injured.

The key point here is the idea that success recipes work for a set of reasons. Therefore transplanting a recipe (the David and Goliath approach in this case) does not always work in a new set of circumstances. 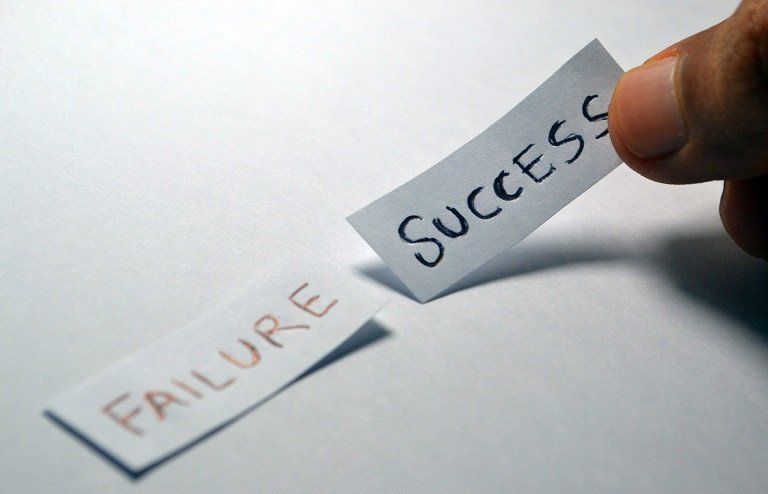 Infographic: 8 Things That Are More Important For Success Than Intelligence