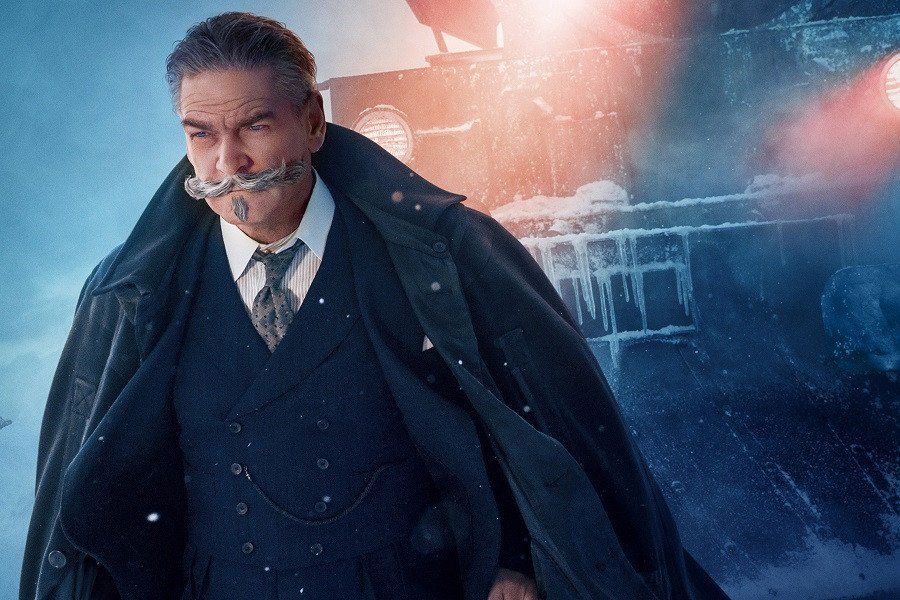 There is always something about crime shows and not knowing the unknown that is intriguing. It’s also about stimulating one’s mind to challenge oneself to think logically, analytically and creatively, which I love. It is no wonder that one of my favourite past times with friends and family is to take part in escape games such as Breakout, Lockdown KL and Escape Room. 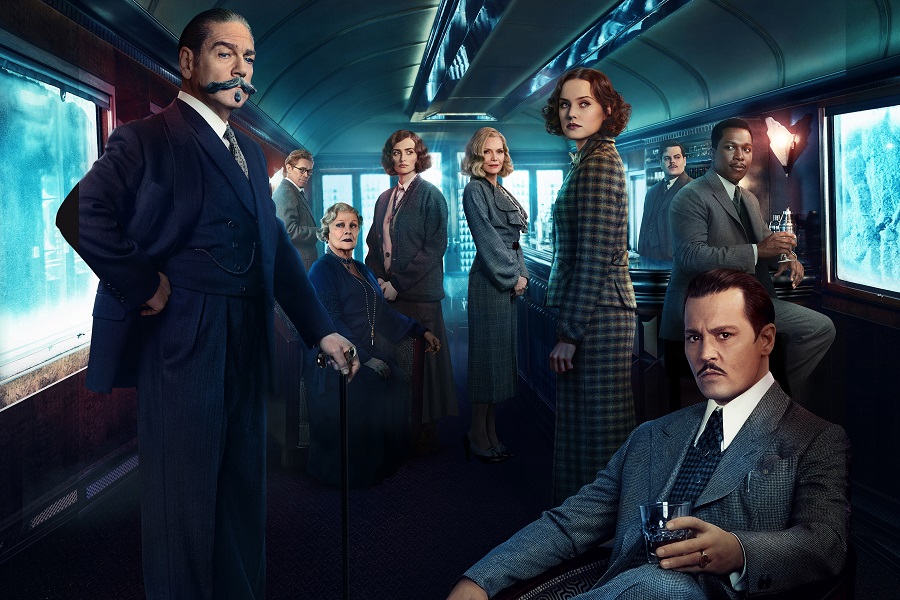 Who are your unusual suspects?
Pic courtesy of 20th Century Fox

When I heard that Murder on the Orient Express was showing in the cinemas with the opportunity to be the first few to watch it, I was filled with utter excitement by the chance to crack the murder mystery and unveil what goes behind the minds of detectives and criminals. What surprised me was that it was not all about solving a murder case but some leadership lessons one could learn from too.

Here are five leadership lessons and tips for those of you little detectives out there, without giving too much away (no spoilers here, I promise!) to help you solve the mystery, possibly even before Hercule Poirot (played by actor Kenneth Branagh) did:

Being a detective, Poirot’s impeccable eye for detail comes naturally. His ability to see details comes from his extremely observant trait. Poirot solves his cases not with obvious clues but by paying attention to small ‘insignificant’ clues and piecing them together. He sees the world in perfect order with imperfection sticking out like a sore thumb, which makes him a great detective where he spots inconsistencies in patterns.

This might interest you: When The Little Things Count

To solve the case while watching the movie, like Poirot, be meticulous by paying attention to words spoken by different characters and clues given. That might even lead you to solve the murder case faster than Poirot!

As a leader, this attention for details is vital in the workplace. When we are not careful, overlooking the small details could be costly. It is often the small details that would help us pick up inconsistencies and lead us to vital clues on what to do next and why. When faced with challenging situations, focus on the issues and be on a lookout for the minute details. This keen eye for detail would come in handy and give you a leg up for other leaders.

“I can only see a world as it should be. It makes an imperfection stick out like the nose on your face.” – Poirot

In every mystery, the investigator always needs to establish a strong motive before pursuing a case or convict the suspect. Otherwise, it would not make sense and we would have convicted an innocent person.

In the movie, Poirot always puts that at the back of his mind when solving the case while not letting it detract him from being too focused on the motive. He was objective in handling the case without allowing his emotions to affect his decisions. He was also able to make snap judgments about people, thanks to his observant nature to see through human psychology.

At work and at play, the key to motivating others is to understand their intentions to lead to a common goal or growth trajectory. As a manager, this skill not only helps you to get to the root issue; it also helps you see where others are coming from. The ability to read people and distinguish nuances is a very useful soft skill.

However, as much as understanding one’s intention is crucial for a leader, it is also essential not to let that be the main agenda. A leader still needs to exercise objectivity while steering the team’s objectives for the greater good of the organisation and individuals involved.

3. Thinking outside the box

What makes Poirot a great detective is his sharp mind and his brilliance to look beyond the obvious by thinking out of the box. He not only has a knack at applying his critical thinking skills in formulating a solution, he is also able to detect false evidence that appears real. When solving the case, he does not only look at it in one perspective but many, so much so that everyone is seen as a suspect.

Murder on the Orient Express is not your typical murder mystery case. In fact, there was one point where Poirot hit a brick wall as he rightly said, “If it was easy, I would not be famous.” While trying to solve the case in this movie, try to think outside the box, put on your creative hat and look beyond for possibilities.

Likewise in real life, consolidate what is in front of you and look out for what makes sense while connecting the dots. As a leader, you need to have a discerning eye to see what is real and what isn’t. Surround yourself with discerning people who can be your voice of reason, besides them being your eyes and ears. Great leaders are also ones who push the envelope. They often engage in creative problem-solving to think of better solutions to an issue. This attitude of always wanting to add value in a meaningful way is a form of continuous improvement; it gives them the edge to stand out among the rest.

Check out: Thinking Out Of The Box: The Innovator’s Mind

Most crime cases start from unresolved negative emotions which create a ripple effect that would lead someone to pursue vengeance. With Murder on the Orient Express, it all stemmed from a murder case that was unjustly trialed years before. Those years of unresolved bitterness and resentment led to another outrageous crime. The perpetrator took great lengths to resolve those emotional baggage with his/her life revolving around avenging for what has been taken away. When negative emotions are not dealt properly, they could take control of you to the extent that your life revolves around those emotions.

We all have our fair share of unresolved emotional baggage. It could be past hurts or offences but it is important for us to acknowledge and deal with it as it sometimes can lead us to irrational behaviour. As Poirot rightly pointed out:

“Crime is an anomaly. Murder is a fracture of the soul.”

We are not born with the predisposition of wanting to commit crime but it is the evidence of the depravity of human nature, subject to the years of unresolved emotional baggage. People who use force, coercion or anger to get what they want are often those who learn to act as such from their past experiences.

When one is out to get another person out of revenge, it often does not end well. Negative emotions creates a domino effect that breeds toxic culture in the workplace. To put an end to it is to exercise acceptance, forgiveness and love amongst peers and bosses in the workplace, as well as with loved ones at home.

5. Live with the imbalance

Poirot is one character with strong principles who sees the world in black and white. He lives a perfectly balanced life where he needs things to be in perfect order.

In the movie, he quoted, “And whatever people say, there is right and there is wrong. There is no in-between.” In the world where there is more grey than black and white, Poirot is determined to bring out the truth as he sees his responsibility to protect the innocent and uphold justice. In fact, he is so convicted in upholding his values that he turned down opportunities that are not aligned with his beliefs or moral values. 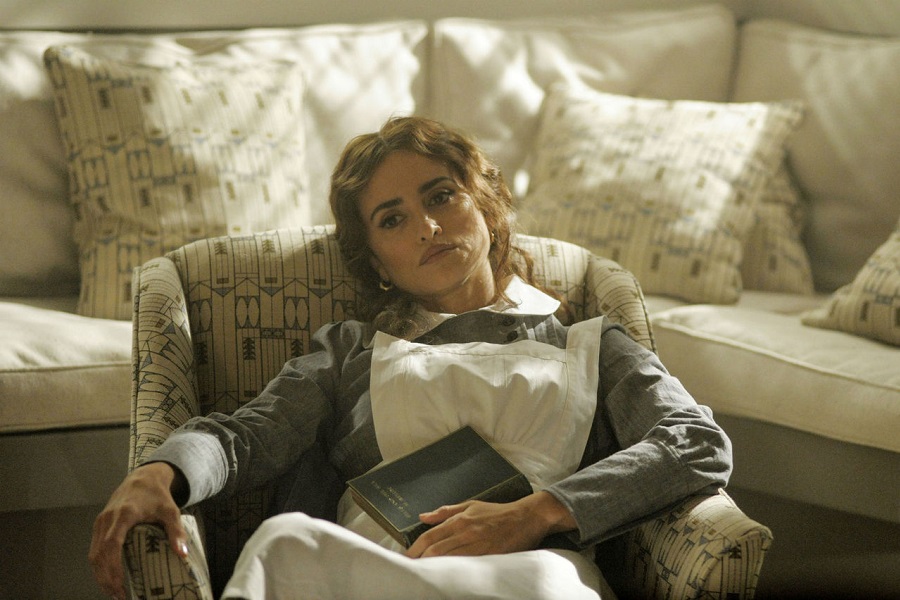 Yup, we get the hidden clue! The world is more grey than black and white.
Pic courtesy of 20th Century Fox

As much as he is ‘perfectly’ principled, in the end, when he was challenged whether to convict the guilty, he had to learn to live with the imbalance where the scales of justice may not be as perfectly balanced as he thought.

We do not have everything under control as mentioned by Pilar Estravados (played by Penelopé Cruz) in the movie, who said: “Some things are in God’s hands. It is not up to us if we survive safely or, like Lucifer, fall.”

“The scales of justice cannot always be equally weighed.” – Poirot

As a leader, ask yourself: Do you know what you stand for? Are you willing to stand up for what you believe in and not waver? As much as you have your set of beliefs and values, can you live with imbalance or do you stick to your guns upholding what is right or wrong till the end?

Recommended for you: Don’t Just Agree To Disagree: Take Steps To Stand Up For What Is Right

I’m not suggesting you should compromise any of the above, but as a leader, there would be situations where you need to accept imperfections – deals not gone smoothly, people issues, unexpected delays – where you’ll be thrown off balance. How do you respond to them?

One of the recent big lessons I learnt was that as much as it is important for a leader to do what is right, insisting on doing what is right according to our ways may not get the result that we want. At the end of the day, a leader needs to know how to manage unforeseeable circumstances. It is what we choose to make out of it that really matters.

A big part of being a leader is understanding people, showing empathy and driving results that would be a ‘win-win’ for all. Like Poirot, sometimes what it takes is not taking things into our own hands for justice to prevail, but to see things in between and doing what is right for the person.

I hope these five leadership lessons from Murder on Orient Express intrigued you enough to give you a glimpse of what this movie is about. Go with an open mind! And, with the first three leadership lessons at hand, you might just beat the greatest detective of all time to solving this murder mystery.

Leaderonomics partners and incorporates escape room games as part of their experiential learning and team-building modules. Additionally, key principles from this article are leadership skills any first-time managers should have, which is covered as part of Leaderonomics’ First-time Manager Programme offerings. To find out more, email us at training@leaderonomics.com.

Raise Your Game: The Battle For Our Minds — Are We Winning Or Losing?