Bukit Kepong: Remembering The Sacrifices Of Our Fallen Heroes

As we progressed as an independent nation 60 years on, the post-Merdeka generation often does not reflect how our forefathers went through many struggles to gain freedom.

If we would ask those who survived the communist insurgency era, for example, they would have many stories of hardship, bravery and resilience to share in living through life pre-independence.

I watched Bukit Kepong, a 1981 film directed by Jins Shamsuddin, as a young child and, I remembered it as one of the most memorable local movies I’ve ever watched.

For the uninitiated, it is based on a true historical account of the communist guerilla attack on Bukit Kepong police station on Feb 23, 1950.

The communists underestimated the fighting spirit of the police force, thinking they could seize control of the station in a short time. Despite the odds, our men fought gallantly about five hours before the communists burnt down the wooden station.

In conjunction with the Merdeka week, I revisited this movie to extract some timeless lessons from it. Thus, the lessons that follow are written based solely on the film, and not from the real historical account of the Bukit Kepong tragedy.

This might interest you: Ola Bola: You’ll Believe In Hope Again

In the movie, we see how the police led by Sergeant Jamil Mohd Shah, the marine police, the villagers and the British representative sat down together to discuss the vulnerability of their area (by the Muar river banks), which was only accessible by boat, and surrounded by jungles – an easy hideout for communists.

As a result of the discussion, the villagers from the neighbouring kampungs underwent artillery training to be auxiliary police (AP) to help combat communist threat. They were always on high alert and became extra eyes and ears for the Bukit Kepong policemen.

They even created a warning system where an assigned villager would incessantly beat a makeshift drum should there be a threat to warn others and mobilise the villagers to fight the communists.

We can better equip ourselves for a challenging task if we recognise what we are lacking. We ought to articulate those issues and discuss with all stakeholders on how we can work together for the betterment of our nation.

With that, leaders from all sides need to avail themselves to listen to the grouses of the rakyat and find actionable solutions in a matured manner. Platforms such as TN50 is one such example where the leaders are now seen to turun padang to start engaging the young leaders of tomorrow and giving them the avenue to set the course of future Malaysia.

In the film, we see scenes of APs checking on people entering the area to ensure that they are not communist proxies.

One particular scene shows how two spies entered the police station late in the evening on the pretext of reporting a child falling into a well and therefore needing urgent rescue.

We have to commend the policeman who took the report for his watchfulness in reading the body language of the other spy, who acted suspiciously, as his eyes wandered around to check out the layout of the police station.

The policeman trusted his guts that they were up to no good, and even advised Sergeant Jamil not to heed their request for help.

When it comes to national security and borders, citizens and authorities alike are called to be alert at all times to ward off foreign influences and ideologies that are detrimental to the country.

As an example, we have a public duty to alert the authorities when we suspect dodgy activities going on in a premise whose tall gates are always shut, but with dark-tinted vehicles going in and out from the place.

When it comes to checkpoints and immigration, authorities just cannot afford to close one eye anymore with the exposé of power abuse, lackadaisical attitude and incidents of commodities and people smuggling. As Malaysians, we need to get rid of public apathy and our tidak apa attitude; and start using the authority we are given for the good of others, and not for selfish reasons.

3. Courage: Surrendering is not an option

There were numerous trumpet calls by communist Muhammad Indera for the Bukit Kepong police officers to lay down their arms. But we know that when it comes to defending our beloved land from the enemies, we’d rather die honourably by fighting.

In the film, we also see Mariam, the wife of a fallen marine police, taking up arms to continue fighting the communists.

In situations like these, the act of surrendering has its connotation of giving up your rightful authority to the enemies. It is like giving them easy access to what is yours in the first place.

In national issues, it takes courage not to kowtow easily to the threats brought about by corrupted officials in high places.

Even though it is often tough fighting for the truth, we must stand united and not be shaken to what is true and just. If corruption is rampant in the country, we play our part to fight against it together and not succumb to its corrupt system.

4. Selflessness: Check on your people

In Bukit Kepong, we see Sergeant Jamil risking his life to check on surviving people in the police barracks. While most of the marine police had fallen, he gathered the widows together to comfort and look out for each other.

As great emphatic leaders move forward, they will always look back to check on their people to see how they are coping. They will ensure that their people are also doing okay and not left behind on their own.

As Malaysians, we shouldn’t let status or power blind us from reaching out to those who are lagging behind. We can rally together to make a difference in communities by empowering them with job opportunities and equipping them with education.

Lessons from this movie are aplenty. There are more lessons about the story, characters and the people behind this film that I’m not able to cover due to space.

My recommendation is that you watch Bukit Kepong as a Malaysian, not as someone from a different ethnic background.

This might interest you: Diversity – What Does It Really Mean To Be Colour-Blind?

Today, we face different kinds of internal and external threats. Besides extremism and terrorism, corruption is perhaps the biggest battle of our time.

Despite the concerns shrouding the future of this nation, it’s my utmost hope that your love for this country will never die. Malaysia is still worth saving and fixing.

The writer welcomes your comments and additional lessons from the movie, so please email her at editor@leaderonomics.com. For more Movie Wisdom articles, click here. 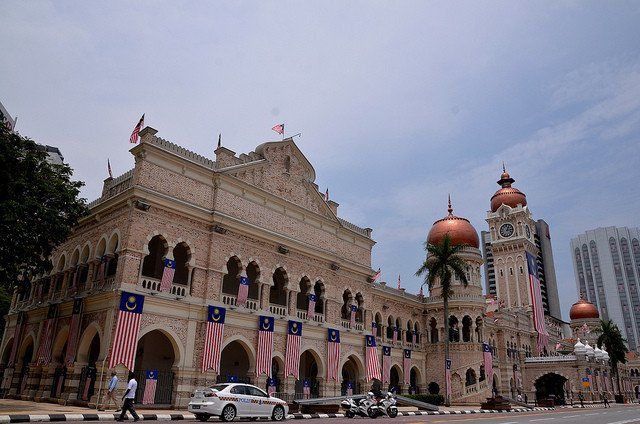