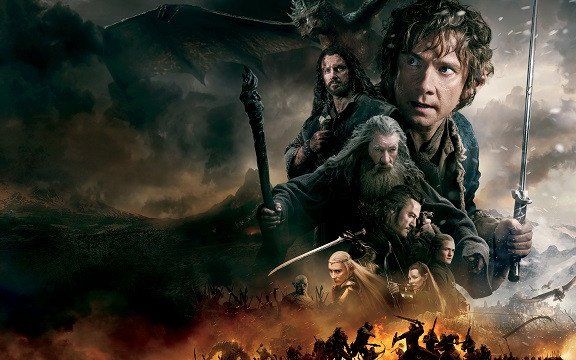 It was with mixed feelings that I watched the final movie that crowns Peter Jackson’s considerable homage to J.R.R. Tolkien.

Mixed feelings, because I was excited to see what Jackson had dreamt up for us, but sad it was the end of the saga.

The Hobbit – The Battle of the Five Armies is the last instalment of Jackson’s Hobbit trilogy, and the sixth movie after the Lord of the Rings (LOTR) trilogy which began in 2001.

But fear not, this isn’t yet another review discussing the various merits and failings of Jackson’s Hobbit movies versus LOTR.

Instead, I’d like to take a short journey through an underlying theme in The Hobbit.

The Battle of the Five Armies opens with the fabulous sight of an immense dragon speeding towards the town of Dale, hell-bent on utter destruction.

Smaug, after a long reign in the halls of the dwarves’ kingdom, declared himself – “I am fire. I am death.”

The Dale folk slumbered on, oblivious to their impending doom except for Bard the Bowman who feared that the dwarves would awaken the dragon to the ruin of all.

With one swoop, Smaug spewed out fire over the timber buildings of Dale and the townsfolk awakened to a nightmare of their worst terrors.

It was only when Bard and his young son Bain, tiny humans amidst the wreckage of their home, took a long shot against great odds that the fearsome creature was defeated.

From their stronghold, the dwarves gaped in fear at the sight of fire and death spreading across the town.

But when the dragon finally died, dwarf leader Thorin remained deep in thought, grimly determined to defend his kingdom and hoard against other would-be treasure-seekers.
Related post: An Unexpected Journey: Leadership Lessons From The Hobbit

Imagine for a moment, that you unexpectedly win a one billion dollar inheritance from your rival claimant, a scheming old uncle.

Having defeated the uncle in his claim to your rightful kingdom, you stand there, unable to rejoice, but fearfully planning how you should defend this treasure against thieves.

For all his bravado against visible challenges – the Lonely Mountain, Smaug – Thorin was overcome with fear and suspicion of unseen enemies.

Since the dawn of human thought and reasoning, fear has been one of our favourite themes in philosophy, psychology and the arts.

Humans are fascinated, even mesmerised, by fear, and we desire not only to understand it, but find some sort of surefire way to conquer it.

Psychology Today summarises fear as a “vital response to physical and emotional danger… from legitimate threats.”

It is an intangible but intensely powerful force that can move a man’s heart as strongly as other passions.

It’s a force so gripping that we see Thorin’s character and moral compass shaken, so that he appears as twisted as Smaug himself.

Truth be told, Thorin’s fears have become his personal “dragon”.

‘Dragons in our lives?’

It’s a question that many of us are unwilling to face.

The Greek philosopher Plato (427–347 B.C.) said, “We can easily forgive a child who is afraid of the dark; the real tragedy of life is when men are afraid of light.”

When all hope seemed lost in Tolkien’s world, there was a hobbit.

Bilbo stood up to many fearsome challenges in his journey with the dwarves – trolls, goblins, Gollum, orcs, elves, and of course, Smaug.

Compared to Thorin, Bilbo was far less accustomed to dealing with these situations, and yet he stood his ground. What was different in the way Bilbo responded to fear, so that fear didn’t overwhelm him?

Quite clearly, Bilbo had courage.

And you and I know that that is much easier said than done.

So how do we gain courage enough to stare in the face of overwhelming odds, and stand firm?

All the more when one feels like a hobbit – they are neither the strongest, fastest, or smartest folk around, and without magic powers too.

Bilbo’s courage to confront his dragons must come from somewhere, and when you look deeply into Bilbo’s intentions, it becomes clear that courage cannot stand firm on a foundation that is easily shaken.

Thorin’s courage in facing adversity came from his desire to meet certain expectations which he set up for himself.

An exiled heir, a kingdomless king, a powerless ruler – all these formed his identity and self-worth.

His identity as ‘Thorin’ could not be complete if he could not fully restore the factors which formed his external identity, including regaining the kingdom, the treasure trove, and the king’s jewel – the Arkenstone.

Sadly for Thorin, he had to pay the highest price to learn that a foundation built on external motivations is easily shaken and crumbled.

Fear itself twisted Thorin’s motivations and distorted his character beyond recognition.
Recommended reading: One Ring To Rule (And Make Leaders Of) Them All…

In contrast, Bilbo’s courage grew from an inner conviction that was not so easily shaken by fear.

He had such faith in his moral compass, choosing always to value lives over material wealth, that he was willing to make tough decisions by giving away his share of the treasure and risking his relationship with the dwarves.

Bilbo’s inner identity was so secure, that his character could stay true and unspoiled throughout his many trials. His courage stemmed from keeping a pure heart and an unrelenting faith in what he believed.

2014 was a year of “dragons” and ordeals for our nation, but it was a year of the ordinary Malaysian too, the everyman like Bilbo.

This too, is my wish – that on the journey ahead, all of us in 2015 will remember to cling to what’s good and true, with the courageous heart of a hobbit.

I bid 2014 farewell with a reminder of Thorin’s last words:

“Go back to your armchair, Master Burglar. And your books. Plant your tree. If everybody valued home, food and cheer like you did, the world would be a merrier place.”

Yi-Wen is part of the Leaderonomics Corporate Services team and is eagerly waiting to run a 16-hour Hobbit and Lord of the Rings movie marathon in the office. Or perhaps read the books again for the sixth time. Connect with her at editor@leaderonomics.com or comment in the box provided. For more Movie Wisdom articles, click here. 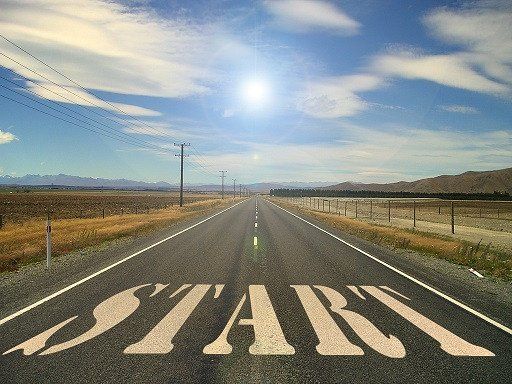 So You Want To Be Outstanding