4 Ways to Build Your Career in Today’s Competitive World 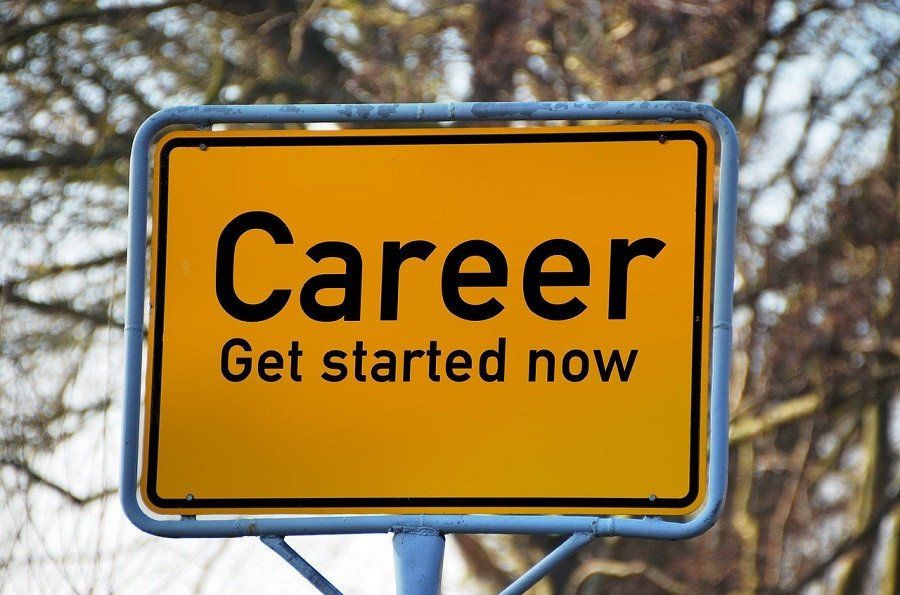 Your Career Starts From You

When I was at school, I had little interest in going to university. I preferred to be doing things rather than sitting in a classroom all day. But the same advice that rings in the ears of young people today was ringing in mine almost 20 years ago:

You need to study hard and get a degree if you want a good job!

In 2005, I joined 70,000 others in the UK who graduated with media-based degrees. At that time, I wondered how employers would go about picking preferred candidates from the swathes of people knocking on their doors looking for a ‘good job’.

Fast-forward to Malaysia. It’s 2019, the sun shines brightly in the absence of haze, there’s plenty of good cendol to go around, and I seem to need two hands to count the socially acceptable number of mealtimes. While there’s much to be grateful for here, the perspective might understandably be different for many of the 290,000 graduates that emerge from Malaysia’s learning institutions each year.

According to EduAdvisor, around six out of ten unemployed graduates are aged below 24, and one in five graduates spend six months or more in unemployment after graduation. Worryingly, almost 60 percent of those who are unemployed come from the social sciences, business and law, engineering, manufacturing, and construction.

I say worryingly because many parents tend to encourage their children to study for careers in these areas that are already saturated with candidates clambering for jobs. The reasons for the rates of unemployment among young graduates include a skills mismatch (universities train for grades; employers want technical and interpersonal skills) and recruitment mismatch (employers seek candidates online or through informal networks; job seekers attend jobs fairs and employment services).

But what caught my interest was ‘a lack of entrepreneurial skills, which suggests that graduates are unaware of how to be innovative when looking for jobs or building their careers.

It’s only fair to point out that culture likely plays a big role in such a problem. In Western countries, it’s common for young people to work part-time even before they go to university, and certainly during their studies. Grades are seen as important, but life skills are given equal weight.

Talking to students here, there appear to be some restrictions that hold them back from developing the skills that employers require but don’t feature heavily in further education. Some of these restrictions include:

“I’d like to get a job, but my parents say I have to focus on my studies first and I can begin working after I graduate.”
“Start my own business? I’d love to, but my parents told me from the beginning: doctor, lawyer, accountant or engineer. They pay for my studies, so I have to respect their wishes.”
“I don’t have the confidence to get a part-time job. I was taught never to question and to do what I’m told, so I get nervous at the thought of doing something on my own.”

Traditionally, grades made the difference and degree holders were held in high regard. Nowadays, almost 300,000 people each year are coming out of university with degrees – and that number won’t be declining anytime soon. While it can be tempting to blame the parents, it’s important to understand how much they’ve worked to put their children through education. But the reality today is clear: while employers appreciate a gifted mind, they’re looking for much more than exam performance.

So, what can young people do to increase their chances of finding a good job quickly and early on? From my own experience, here are four tips that can help you stand out in the crowd:

1. Build your career before you start your first job

I wasn’t the most studious among my group, but I was among the opportunists. At the age of 15, I would write to people I wanted to work for and offer my services for free. I got in touch with newspaper editors, magazines, producers, people in the music industry – anyone I could think of that might help me develop my writing and journalism skills.

I knew that if I could make myself known early on, I’d build a network of contacts long before others. Many people wait until they graduate before working in their field and making connections. This is a mistake. Take the initiative to show what you can do well. Work for free and get some exposure. If you do a good job, you’ll already be top of the contact lists when you’re ready to secure your first full-time job.

Must Read: 7 Resume Writing Tips for Those Without Prior Job Experience

2. Invest in your online presence – but don’t neglect the human touch

Whether it’s through social media, creating a personal website, or hosting your own podcast or YouTube channel, around 70 per cent of employers say they check their candidates’ online presence. Keep your accounts up-to-date, engaging, and relevant, joining in conversations and offering your thoughts whenever you can.

Additionally, keep in mind that face-to-face connections are still important. If there are seminars, conferences, and other events that you could benefit from, it’s a good idea to attend and introduce yourself to people in the industry. At the very least, you’ll gain experience in networking while honing your communication skills, and hopefully, you’ll make several connections in the process.

3. Get involved in the community, or a cause that you believe in

Volunteering is an excellent way to develop your communication, presentation, and interpersonal skills. When I was studying, a lot of people seemed to do little beyond attending class and tutorials. However, some common questions that employers ask during interviews begin with, “Tell me a time when you…”

They want to know what experiences you’ve had: how you helped people; how you solved problems; how you reacted under pressure. It’s difficult to give these kinds of examples if you’ve done little more than the bare minimum. Whether it’s through clubs and societies in your university, or outside NGOs and groups, being involved in activities that serve others will earn you the approval and respect of any prospective employer.

Read Next: How to Showcase Leadership Strengths on a Resume

4. Think about (and write down) how you want to be as a person – and why it matters to you

Many undergraduates wrack their brains thinking about what they want to be, and they neglect to think about how they want to be. It might seem trivial but including how you want to be can make all the difference in terms of motivation and setting a direction for yourself.

For example, a friend of mine wanted to be a filmmaker. He had all the skills and possessed a keen talent for storytelling. I asked him, “Why do you want to be a filmmaker?” His reply would be, “I like movies and want to make them someday.” He had no real sense of purpose underlying his ambition. And while you needn’t have a concrete idea of what you want to be (this can change from time to time), it helps to have an idea of what you find meaningful.

At the time, I wanted to be a journalist because I wanted to raise awareness of issues and causes, and to be someone who gave a voice to people who didn’t have one. Looking back, that sounds idealistic, but as a teenager, knowing how I wanted to be as a journalist gave me the drive to make sure I became one.

Enjoyed the article? If you are starting your career too, prepare yourself by checking out the video below on the 4 areas of mastery that make a good leader, brought to you by Leaderonomics Media! 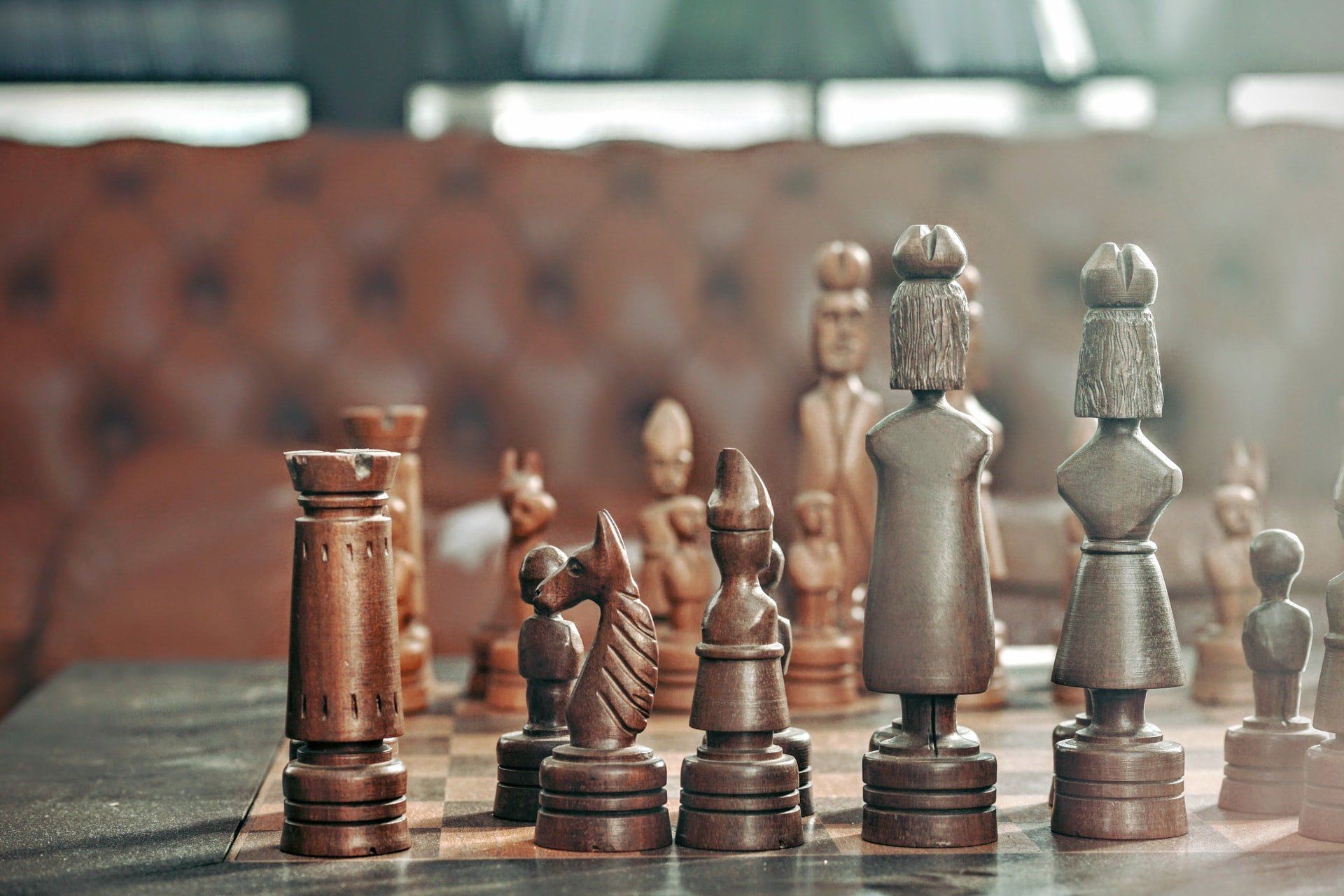