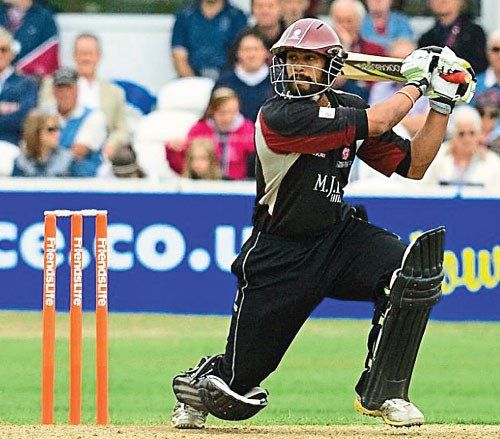 Arul Suppiah has carved a niche for himself in the world of cricket, not just for his outstanding talent and skill but for being the first Malaysian to set a new world record for the best Twenty20 bowling figures, recording six wickets for five runs from 3.4 overs for Somerset against Glamorgan, at Cardiff. This epic event took place in July 2011 and to date it is the best Twenty20 bowling figure ever recorded.

Due to injury, however, this talented cricketer had to opt for early retirement. Nevertheless, his passion for cricket is so deep that he is still rooted to the game. He now serves as the director of cricket at Queens College, England.

Here is the scoop on Arul’s cricket journey.

The making of a world champion

I am a Malaysian, born in Kuala Lumpur. In 1995, I attended a month long coaching clinic at the Lord’s Cricket Ground, with the kind support of Chris Syer, the executive director of Malaysia Golf Tourism Association. I earned a good report card and as a result, at age 12 won a cricket scholarship to Millfield School, England under the aegis of Sports Excel in Malaysia and Syer.

I was a professional cricketer for Somerset County Cricket Club for the past 13 years before retiring last year due to a knee injury. I currently hold the world record for the best Twenty20 bowling figures of six wickets for five runs.

My passion for cricket was ignited at the tender age of seven. I first started playing cricket with my schoolmates at a car park. My father played cricket for the Royal Selangor Club and my mum was the scorer for the club. My brother and I followed our parents to matches and we picked up the game from there and eventually started playing for the club as well.

My first ever match was on the Royal Selangor Club field. I was eight years old and the match was called the Kancil Cricket. A group of us from Kepong decided to enter the competition. I was very excited and was eager to show everyone my abilities and skills.

During my debut match for Malaysia, I scored a hat trick against Singapore in the Saudara Cup, the first time in the history of a long rivalry. At the age of 15, I was the youngest ever cricketer to play for Malaysia.

I was very fortunate to have achieved this feat. I remember it being quite a tough match but I stayed positive and remained composed under pressure. I managed to get three batsmen out in three consecutive deliveries.

I must admit that it was a tough one. I played a lot of adult cricket when I was young. I found this particularly challenging, but nonetheless it helped improve my skills.

To begin with, in England, I was not achieving my fullest potential. I remained positive and kept working hard. Three years into my education at Millfield School, something clicked and I started performing. I kept working hard and earned my first professional contract with Somerset County Cricket Club.

At Somerset, I didn’t really get a chance to prove myself until 2005 when I made my maiden hundred.

From then on, I started to grow as a player. Of course there were many ups and downs along the way, but that is professional sports for you.

You have to pick yourself up and keep moving forward regardless of the obstacles ahead. What was important was to constantly remain level-headed, whether you performed badly or well.

How did you prepare yourself to become a world-class cricketer?

That required loads of sacrifices and dedication. Your work ethic needs to be first class. It wasn’t just about playing the game. It was more about the lifestyle which is inclusive of good time management, a healthy diet and consistent training. 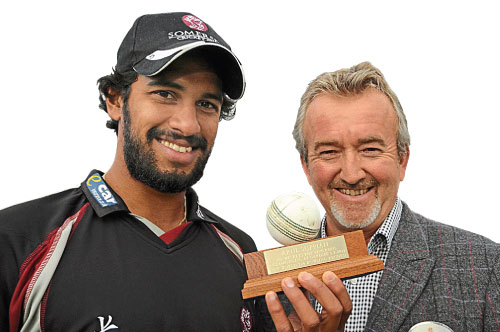 How did you feel being the first Malaysian to set a new world record?

It felt great. No words can describe it. To be honest, I wasn’t aware of the “world”. I guess it was just a good day at the office. It is definitely a proud moment and something that I will cherish for the rest of my life, being the first Malaysian to achieve this.

What are the other milestones you have achieved in your career?

I scored my highest first class score of 156 against India, back in July 2011. Having admired India’s legend cricketer Sachin Tendulkar for the past 20 years, it was a dream come true to meet and play against him.

Marcus Trescothick and I set a record opening partnership of 5,000 runs together for Somerset at an average of 55.

What are the challenges you faced in your career?

In my early years, I was often homesick and that was quite tough. Being away from your family and friends at such a young age can be quite a challenge. The cold and dark winter months were brutal.

I had to remain positive even when I was at my lowest point. I held on to my belief that sooner or later good things would come my way. There’s always this saying: there is no short cut to success.

You retired at the age of 29 due to serious knee injuries. How did you feel having to stop playing cricket?

It was devastating to bid farewell to a game that I was closely connected to since young. My knee injury was bad and that put an abrupt end to my professional sports career, which in reality has a short life span.

It was tough, but as mentioned, you just have to pick yourself up and look forward to what lies ahead of you.

What are the lessons you have learnt from your career?

Firstly, there is definitely no short cut to success. You have to go through tough times and give your utmost best.

Secondly, it is not the end of the world if you don’t perform well. You will always get another opportunity, hence, make sure you take on every opportunity that comes along your way.

You are currently the director of cricket at Queen’s College, England. What is your reason for taking on this role?

I want to stay connected to cricket at all times and pass down my knowledge and valuable experiences to upcoming and aspiring cricketers. My aim is to see more success within the game. 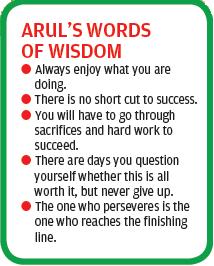 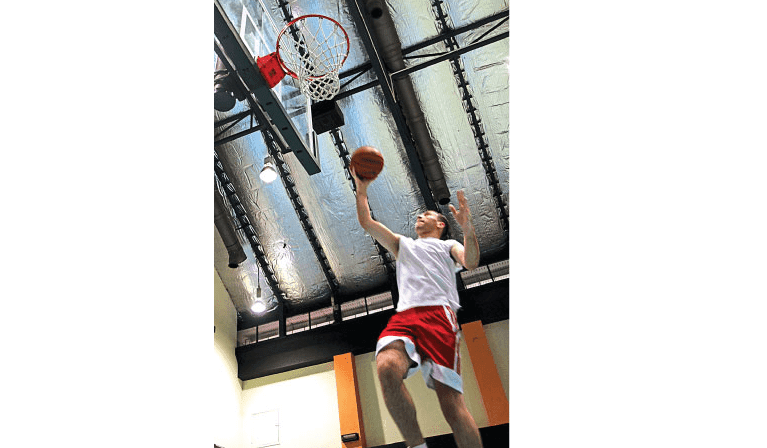 Be Your Best: Training The Body, Mind And Spirit