Like most Malaysians, I grew up with the acute knowledge of Malaysia’s deeply flawed education system. By secondary school, I was quite familiar with my post-SPM alternatives: Form Six, or one of the private universities in Subang Jaya. I was lucky; I had the luxury of choice. However, I wanted to travel and broaden my horizons, so I applied for three scholarships to study abroad; Petronas and PSD, which were the only two government scholarships I knew of then, and the United World College (UWC) scholarship, which I knew about from a former teacher whose daughter was a recipient.

In the end, I was offered both the Petronas and UWC scholarship. When I was first offered the Petronas scholarship, I was overjoyed. It was a free ride through a foreign university, with a job guaranteed! I jumped at it immediately, even before I had gone for the PSD and UWC interviews. At that point, I had become complacent; my success with Petronas made the PSD scholarship seemed less important, while the UWC scholarship was only offered for the International Baccalaureate programme, and recipients were bound for Hong Kong to boot.

My perception of Hong Kong had been constructed from childhood memories of ‘Wong Fei Hung’ movies and old photographs of boat people, not to mention the impression of people speaking in a foreign language. Nevertheless, my mother convinced me to give it a try.

Eventually, the UWC alumni (in other words, the interviewers) engaged other candidates and myself in the best and most intensive discussion ever. They talked to us candidly about their experiences. The more I heard, the more I became fascinated and thrilled by the idea of studying and staying in a foreign country together with people from almost every conceivable country in the world while attempting to survive the most rigorous lifestyle I could imagine! When the scholarship was offered to me, I accepted it with renewed enthusiasm. Upon arrival, I found Hong Kong to be far from the decrepit fishing village I had imagined, and as for Cantonese, it was never too late to relearn it.

The fact that there was no bond attached to the UWC scholarship gave me the freedom to do whatever I wanted. I spent the best two years of my life in Hong Kong with people whom I still keep in touch with today, despite our subsequently different pathways in life.

Towards the end of life in UWC, I started thinking of university education again, and this time my choices seemed endless. Naturally, the idea of a US education was on everyone’s mind due to the generous financial aid offered to international students, especially UWC graduates. I learnt by then that with the right amount of effort and confidence, nothing was too difficult. I also had a wide resource of feedback coming in from graduates who were studying in American universities. The prospect of studying subjects for the sake of gaining in-depth knowledge, and not just good grades, was a dream come true.

However, applying to college was easier said than done. My initial research delivered equally glowing reviews of every college. A friend who had earlier decided on Brown had gotten into it and was so excited – for weeks after, it was all she could talk about! At that point, one college was pretty much the same to me as the next, so I decided to apply to Brown as well.

The subsequent application process added to my already busy life and took a toll on my studies, for I rarely managed my time well. There were definitely moments when I questioned my ability to maintain my composure, but I managed to pull through with the support of friends who were going through the same ordeal, and teachers who had seen it all.

I am now in my second year at Brown University, and it has truly been the best choice I have ever made. My focus on International Relations and Visual Art is an odd combination, but living and conversing with people from different countries has broadened my perspective of the world and made me eager to learn more. In addition, a casual decision to take an introductory art course made me fell in love with art all over again – I now major in it to improve my own art with the guidance of experienced artists. My lecturers are a passionate lot; I have learnt much, but I have had to work for it.

Many have asked me (including myself) what a double degree in International Relations and Visual Art will lead to. I do not know, but I do not think that not knowing is a bad thing. My journey so far has been a series of coincidences. Life after Brown will probably be the same, and I would not have it any other way.

Khing Ju Li is currently pursuing a degree in International Relations and Visual Art in Brown University, after studying International Baccalaureate at Li Po Chun United World College, Hong Kong, and Methodist Girls School, Klang. She believes that education is the key to everything. 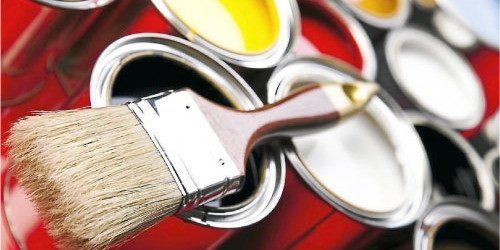 Did You Know: 6 Fun Facts About Colours