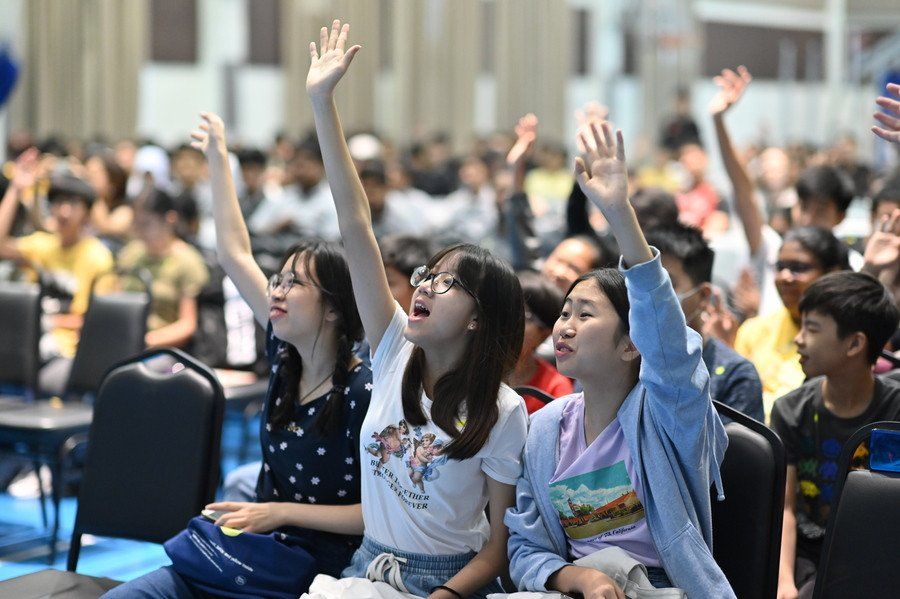 For weeks, I’d been hearing about our M.A.D. Youth Summit. A nation-wide gathering for youth-driven community projects to take part in a Pitchout. Corporate sponsors would listen and evaluate as groups of youths pitched their initiatives. Convince the suits, and walk away with funding for your project. Think ‘Shark Tank’, but for teens aged between 13 – 18 years old.

Previous winners would be back to share their progress and secure further funding. Meanwhile, a host of new teams from all over Malaysia would be trying their best to get their initiatives sponsored for the first time.

It sounded like a really cool idea to me, but I was confused when I saw how many Leaderonomics staff members had been signed up as helpers, myself included.

Then Summit day came and I found out why. There was so much more to the Summit than I’d thought.

A thousand teenagers. Two hundred and fifty parents. Community project pitches. Youth exhibitions. Sports workshops. Industry sharing sessions. Keynote speakers. Games booths. A mini-marketplace for social enterprises. A Member of Parliament getting grilled by a monstrously intelligent young lady. A beat-box jam by a former Leaderonomer who sounded like he swallowed a turntable.

The above paragraph probably reads like a tangle of scattered ideas, but that was my impression of this year’s M.A.D. Youth Summit: a jumble of activities that all came together to become a beautiful, chaotic mess greater than the sum of its parts.

Going back to the Pitchout, the original plan had been to award only the top ten teams. However, the judges were so impressed by the effort of the groups and how much potential their projects had, they decided to fund 20 projects.

Each team was subjected to intense questioning to discover holes in their plans. It’s just that so many plans were watertight.

And don’t think it was just them going soft because they were dealing with cute ‘widdle kiddies’. The judges treated the pitches like they would any proper business proposition in the corporate world. Each team was subjected to intense questioning to discover holes in their plans. It’s just that so many plans were watertight.

Take for example Consenses, initiated by a group of five friends. They aim to raise awareness on sex education among youths through gamified discourse. Between the five of them, every facet of research and development had been covered. 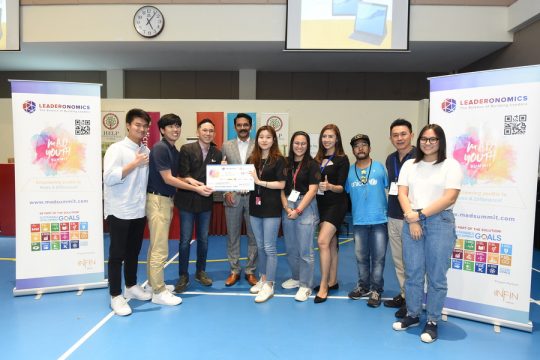 Pictured: Consenses receiving their prize from the judges

Basically, the only thing needed was funding, which was why the judges awarded them the full RM5000 they asked for.
And they were just one of the many teams that impressed the judges so much.

I made it a point to talk to as many of these teams as possible, and I couldn’t help but notice two takeaways.

1. Youth must be nurtured

Every single student I talked to said that their parents were extremely supportive of their initiative. There was none of the usual “if you’re awake, why aren’t you studying” nonsense that Asian parents have become infamous for.

One mother, Janice, even drove her daughter from Penang to Kuala Lumpur for the Pitchout. Her daughter, Precious Hong, won funding at the previous Summit. Precious invented an all-natural enzyme from orange peel and other ingredients to help restore skin that has been damaged by chemical based detergents.

And parents were not the only source of help. The youths cited support from their friends, teachers, school, club members, and their community. Their curiosity was never discouraged. Instead, it was rewarded with positive reinforcement and validation. It’s no surprise that every student I asked cited some sort of personal experience as the reason for them starting their project. 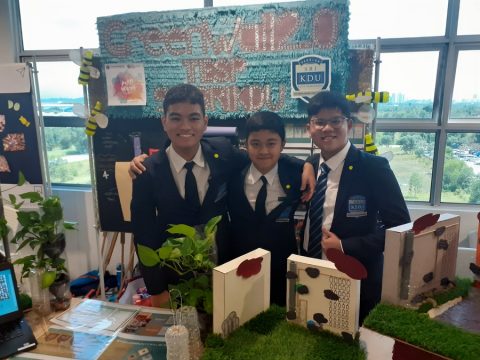 From left: Tengku, Jayden and Shun Kit promoting their Green Wall 2.0 project, a vertical garden made from re-used plastic bottles.

So allow your kids to indulge their inquisitive side. Let them build a capacity for problem solving. Temper it with lessons on empathy, and you will create a generation of intelligent and compassionate individuals.

A slight aside here, but Precious did not win funding this year (which serves as a testament to the quality of the pitches that did win). However, her day had a happy ending. As I was helping Precious and her mother carry a box of bottled enzymes back to their car, we bumped into Jerryson Abraham Doss of Viva Starfish, who happened to be one of the judges.

He passed Janice his card and insisted that they contact him. Regardless of the day’s events, he told them to look at the bigger picture, and promised to help them market their product. The look of incredulous delight on mother and child made me forgive him for stalling us while I was holding the heavy box.

2. Youth must be challenged

Yes, we had an idea one day, then after lunch we tried it out and it worked exactly as planned. ~ Said no one ever.

Every team, and every initiative, suffered setbacks somewhere along the way. Wee Kun Fong of Crabtastic (yeah, I smiled too) took six months and many tries to perfect his formula for creating biodegradable plastic from seashells. He says each failure was a learning opportunity to get that much closer to the final product. He’s 13 years old, by the way. 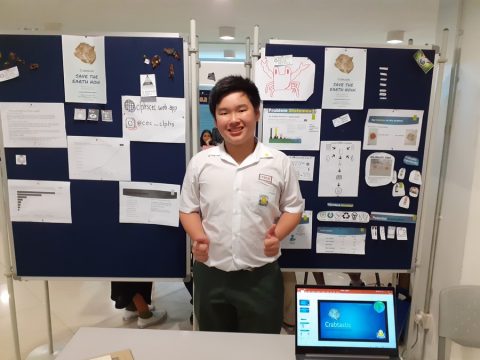 His story is amazing. And happily, he is far from unique. Other youths shared similar stories of overcoming hurdles to get their projects on the right track.

How many of you have known friends who were incredibly spoiled by their parents? I had a few growing up, and it can feel like they live on a different planet. Everything they want is handed to them on a silver platter. It might sound like fun, but when the real world comes knocking, they collapse under the slightest ounce of stress. Perseverance is a skill that must be honed, and they simply haven’t had any practice.

Of course, I’m not suggesting you dump your children in the Kalahari desert to fend for themselves. Youth need to experience small setbacks to develop calluses to deal with larger setbacks later in life. Create a safe space for them to fail, as they inevitably will. They may hate it now, but it will serve them in good stead during moments of conflict. 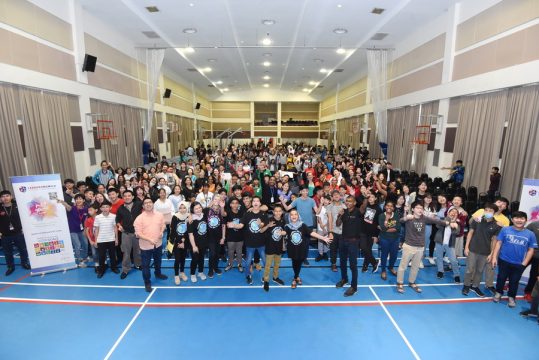 Is it really that surprising that we should tell our children we believe in them and they should always try their hardest? Probably not. As cliché as it may be, it’s always nice to see living proof that certain basic principles of parenting and education work. I for one can’t wait for next year’s Summit so we can see what this year’s winners will have accomplished. It tells us that we’re on the right track, and that our future is in safe hands.

Read about our first ever M.A.D. Youth Summit here.

Listen to a podcast we had with Jerryson of Viva Starfish and Precious Hong of Enzyme Esperanza right before this year’s Summit here. 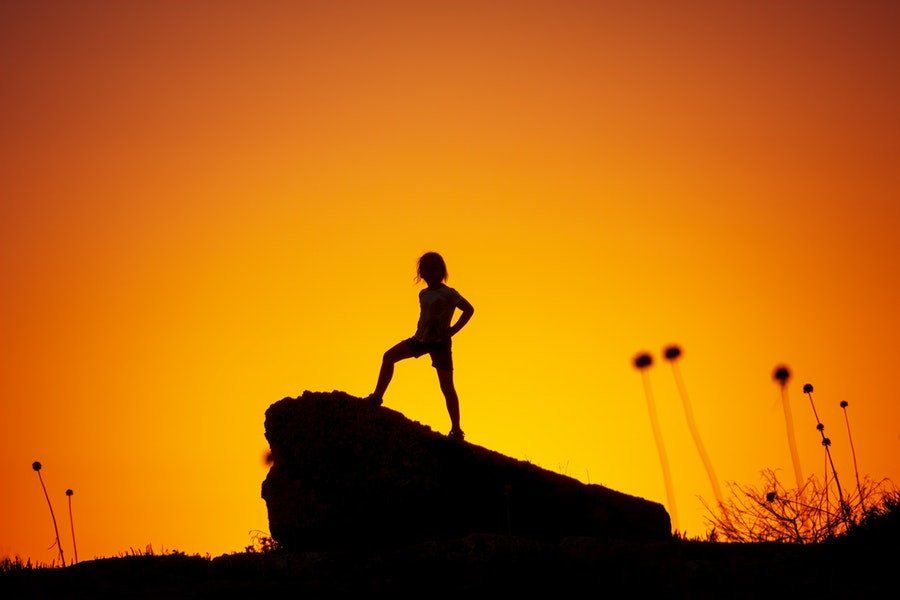 Children are Teaching Us How One Person Can Change the World