The 10 ‘A’s Of Personal Excellence 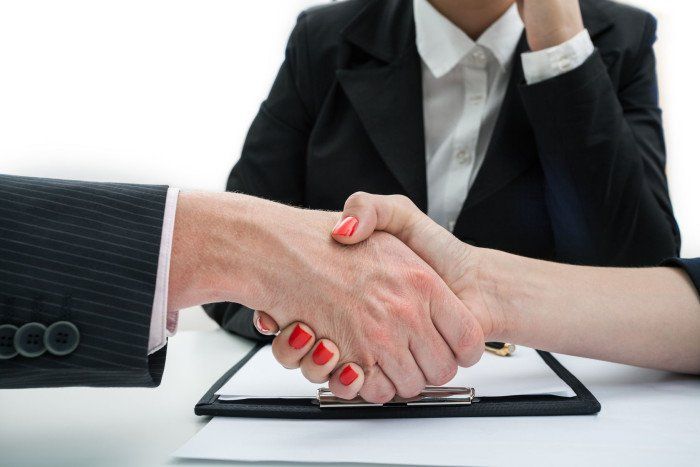 Excellence is defined as the condition of surpassing some standards of expectation. It is the dream of human resources (HR) practitioners for employees to achieve people excellence in the workplace.

To achieve people excellence, organisations need to focus on the growth and development of individuals. In this respect, there are 10 critical areas of improvements which can contribute to this achievement.

It is important for employees in a company to learn, improve, and grow. This serves as an asset to the HR division in the company.

To do so, people must be aware of the areas that need learning or improvement. They need to:

What is necessary to change a person is his awareness of himself.

A patient went to a doctor. He told the doctor that there was something seriously wrong with him. It hurt when he touched his head.
In fact, every part of the body that he touched felt painful. His doctor indicated that this was serious and ran a battery of tests.

When the results finally came back, he asked the doctor what was wrong.

The doctor replied, “Oh, it is simple. According to the X-ray, you have a broken finger, so you felt pain wherever you touched.”

Likewise, if one has the wrong attitude, one would blame others except himself/herself.

Attitude is important for two simple reasons. First, without a proper attitude, one may not even be aware of areas to improve.

Secondly, awareness can be quite futile if one does not have the right attitude towards self-improvement.

Too often, we notice that intelligent and capable individuals are prevented from greater achievements because of their attitude. Because of this, they argue that it is others who need to change and not them.

On the other hand, people with positive attitudes take responsibility for the problems they face. They solve problems rather than complain.

They take charge to improve things for the better. That certainly is a great step towards personal excellence. In essence, excellence is not a skill, it is an attitude.

There can be no excellence without action. As an illustration, if a person wants to improve public speaking skills, he or she has to go through the discipline of mastering the art.

Likewise, if a manager wants to improve on the working relationship with others, he or she needs to make an effort to build interpersonal and leadership skills.

We are face to face with our destiny and we must meet it with high and resolute courage. For us is the life of action, of strenuous performance of duty; let us live in the harness, striving mightily; let us rather run the risk of wearing out than rusting out.

Remember, people will judge us by our actions, not our intentions. An ounce of action is definitely worth more than a tonne of theory.

This could be the reason why after more than 26 years, Nike still keeps its tagline: Just Do It!

A fundamental way to achieve personal excellence is to develop the ability to do one’s tasks better each time around. This requires constant upgrading of one’s knowledge and skills in various areas of work.

By being willing to take on more responsibilities, one can develop more skills and gain more experience. The key is to keep an open mind and be willing to learn and grow.

Do not be afraid to make mistakes. Seize every opportunity for improvement. Don’t be shy to ask those who know more or have more experience.

Besides learning from others, there is a need for self-learning. This requires strict discipline in building a strong body of knowledge about specific areas of work.

One can constantly do research on the latest information about a specific topic and build up an area of expertise. To be effective, one needs to continuously 'sharpen the saw'.

Today, the avenue for learning goes beyond on-the-job training and formal education.

In our digital era, there are limitless opportunities to acquire vast and in-depth knowledge through internet learning via various online portals.

A critical aspect of achieving personal excellence is having an aim. This requires setting clear goals and specific measurements to monitor progress.

People who achieve excellent results know the importance of planning and plotting the right strategies to achieve desired results effectively.

Findings of a Harvard Business School study indicated that only 3% of people are successful, with 30% somewhat successful, and the other two-thirds simply watch life pass them by. The difference lies in having a clear and tangible aim in life.

A person without an aim is like a ship without a destination. In this respect, I know of many great performers in the corporate world who have a clear 'to do' list every day.

They list down things they are to accomplish and schedule the completion dates according to priorities.

Each day, they start out with their lists. By the end of the day, they strike out tasks with a sense of satisfaction.

They will then diligently bring forward unaccomplished tasks to the next day’s list and the process is repeated each day.

The results achieved through this process are always magical, and such results only happen to those with an aim and who continue to achieve each item on their lists.

Excellence is a moving target. Thus, there can be no personal excellence if one does not possess the sense of adaptability.

In fact, in the animal kingdom, survival of a species is determined by the degree of adaptability to their environment. Those who cannot, become extinct.

Similarly, to achieve personal excellence requires one to continuously anticipate, prepare and respond to changes in their environment. Therefore, individuals have to adapt to new management styles once new leaders replace old ones.

When a company is taken over or merged, employees need to adapt to the new corporate culture in order to survive.

With the introduction of new information technology systems, they need to learn to use them to do their work.

With increasing competition and customer sophistication, individuals in organisations will need to develop new knowledge, skills and experience to keep up with the increasing expectations of stakeholders.

Charles Darwin was spot on when he said:

It is not the strongest or the most intelligent who will survive but those who can best adapt to change.

Affability is the way of being pleasant and having a friendly disposition. The image of an organisation is often created by the affability of its employees.

If employees are unfriendly and discourteous, customers will shy away from dealing with the company.

Often a company spends millions to build its brand name only to have its employees tarnish it because they are rude to customers.

Companies that take time to develop affability among their employees will see their efforts handsomely rewarded with happier and more satisfied customers, playing a big part in customer retention.

The characteristics of affability are not inborn; they can be cultivated to achieve personal excellence as part of a person’s development.

Thus, individuals should not just attend product training or technical training; they should also attend soft skill training such as interpersonal skills and customer service excellence.

Once upon a time, there was a work unit with four members named Everybody, Somebody, Nobody and Anybody.

There was an important project to be done, and Everybody was sure that Somebody would do it. Anybody could have done it but Nobody did it. Somebody got angry about that because it was Everybody’s job.

A common cause for non-performance in work is no clear ownership with regards to accountability. The common excuse is “I thought someone was supposed to do that”.

Each individual who has been assigned specific tasks must hold himself/herself accountable for producing the desired results.

One can blame the system, the policy, the technology or the process for contributing to the condition of non-performance.

However, it is only by holding ourselves accountable for the tasks assigned to us that we can make a difference in the organisation.
He/she would do whatever it takes to eliminate the barriers or constraints in the workplace.

Some of the greatest achievements in the workplace are created by individuals who embrace personal excellence in the way they hold themselves accountable for things that are not done properly.

They take the initiatives to change things around for the better.

One of the best satisfactions that can be derived from the workplace is a sense of achievement. Achievement is a great hallmark of personal excellence.

It is Henry Ford who said, “One cannot build a reputation based on what one intends to do.”

An individual can only build a reputation of personal excellence through the achievements that he or she has chalked up. In fact, the best way to increase one’s value is through the constant process of achieving set goals and targets.

This is also a good way to stay away from “company politics”. An individual who continuously achieves and produces results does not have to worry about what others think of them.

It is difficult to argue with clear and consistent achievements that are aligned with organisational goals.

Stop indulging in unproductive “political manoeuvres” to “look good” or claim credit. Instead, embrace this aspect of personal excellence through one’s achievements as it will certainly speak more convincingly than all the manipulative moves one makes in the workplace – which, by the way, would eventually backfire.

One great aspect of human character is the ability to appreciate others and the things around us.

As a result, one should appreciate the opportunity of working in an organisation. And to show appreciation, one can focus on one’s job and excel in it.
Likewise, we should appreciate customers, for without them, a company has no revenue to pay salaries.

In one of our training programmes on Changing Mindsets, we had a session whereby participants undertook an appreciation exercise.

The participants were required to list out at least three things they appreciated about their work, their company and their country.

They were then requested to list out the things they can do in return to show their appreciation.

In organisations, believe this is a good exercise for every individual.

People are fond of asking for more without stopping to think of what they already have. Truly, what we do not appreciate, depreciates.

In fact, many executives do not even fully-utilise the existing resources and yet ask for more.

For a start, they can make the best use of what they already have and start clocking up some achievements.

It is time individuals in organisations understand this universal truth: before you can get more of what you ask, you have to first truly appreciate what you already have.

To do that requires individuals to start achieving the desired results with whatever resources they have.

Only when one has achieved successful results despite the lack of resources can one have the credibility and influence to bargain for more.

As they say, it is difficult to argue with success. And that is personal excellence at work. 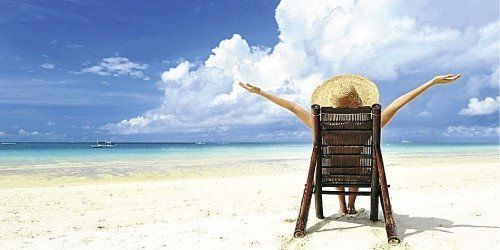 Victor SL Tan
Victor SL Tan is an international authority on change management and is currently the CEO of KL Strategic Change Consulting Group. He is the author of many management books, including his book on Lessons of Success of Tan Sri Teh Hong Piow of Public Bank Berhad. He is also a lead senior faculty at Leaderonomics.